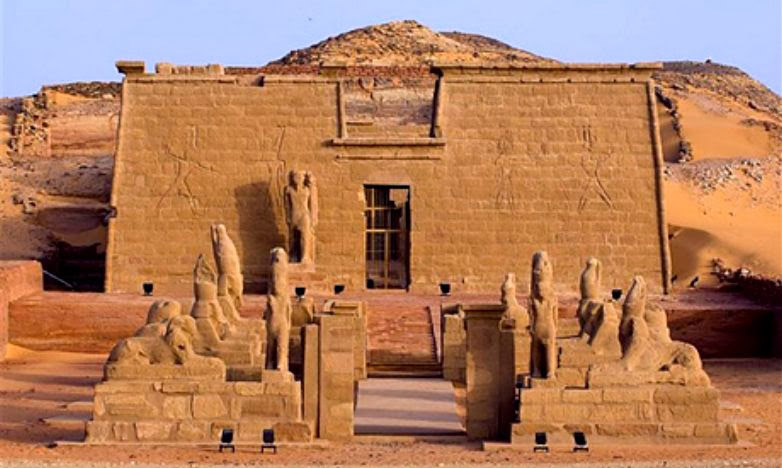 The Ministry of State for Antiquities has started to provide security in remote archaeological areas which were left without guards after the 2011 revolution.

Ten ministry security guards at the Wadi el-Sebua temple area on Lake Nasser, south of Aswan, were armed with guns on Friday, in order to tighten security measures at the remote site. According to Antiquities minister Mohamed Ibrahim, the step was important for preventing further looting attempts, while he denied reports that the Wadi el-Sebua area had been recently subjected to looting, saying that only electricity cables and lamps used to illuminate the site at night had been stolen.

Wadi el-Sebua, or the Valley of the Lions, is the name given to a Nubian temple built by King Ramses II at the end of his reign (1279 -1213BC). The temple took its name from the avenue of sphinxes that decorates its entrance. It temple originally consisted of a set of three pylons, but only two survive. The first, which led to the avenue of sphinxes, is no longer there, but the second, which leads into a forecourt decorated by statues of Ramses II and the third, which leads to a second courtyard supported by columns decorated by images of Ramses as Osiris, are still extant. The hypostyle hall and inner sanctuary that follow these courtyards were carved into the bedrock. Close by Wadi Al-Sebua is Dakka Temple, which was built much later during the Ptolemaic era.

Like the more well-known case of the Abu Simbel temples, the Wadi el-Sebua temple was also dismantled and removed from its site in the 1960s to make way for the reservoir that would accompany the Aswan High Dam.