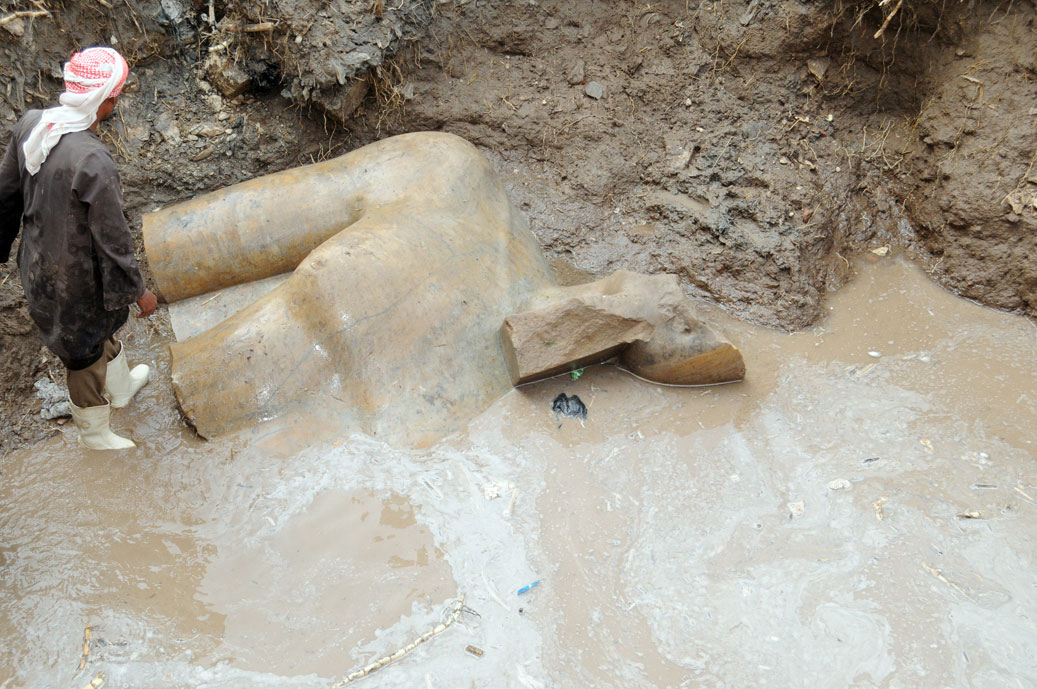 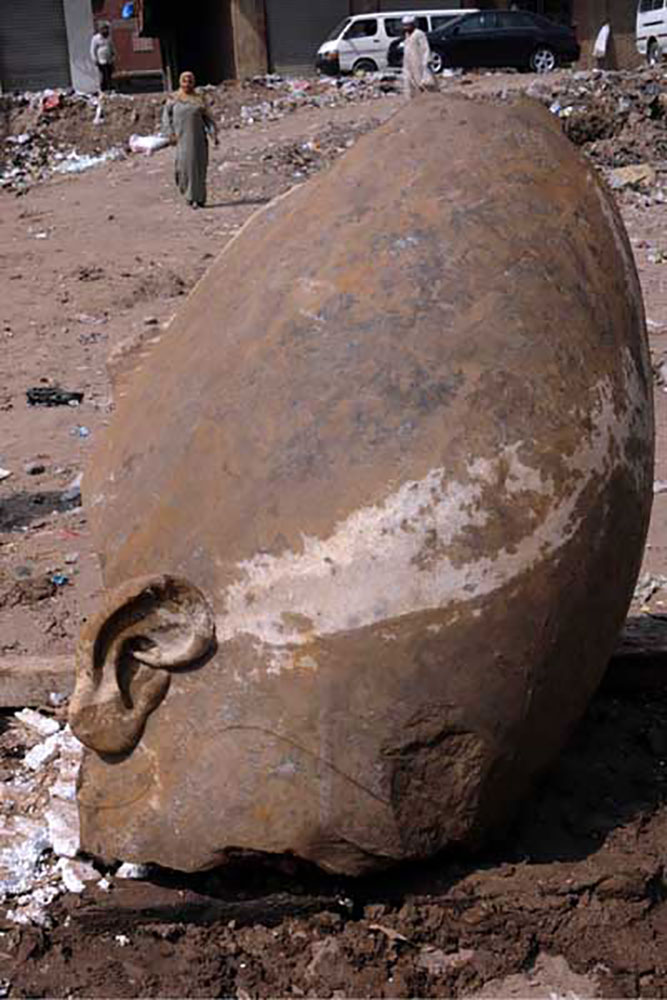 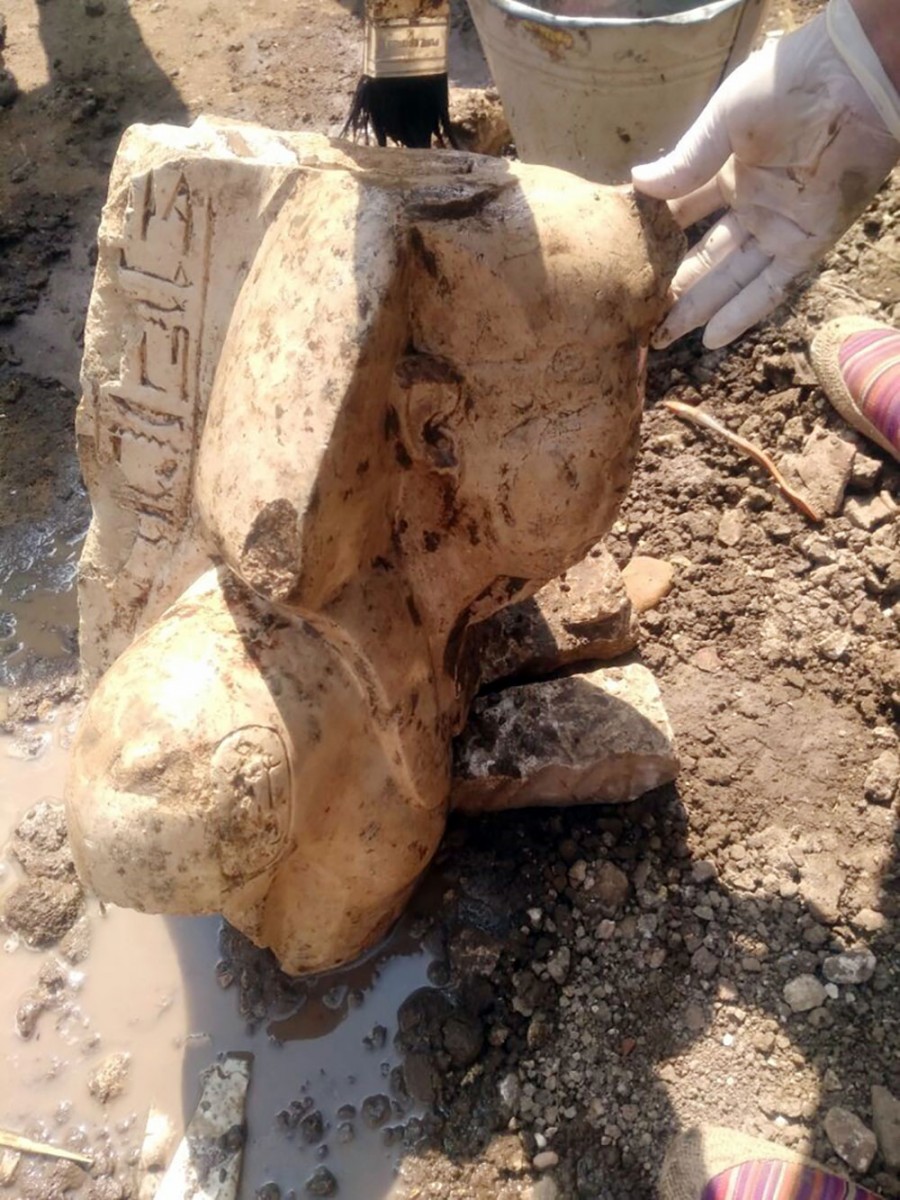 Two Ramesside statues have been revealed in Matariya

One of the statues is colossal and probably depicts Ramesses II

Two Ramesside statues have been revealed in Matariya (old Heliopolis) in Cairo, during the ongoing Spring archaeological season at Suq el-Khamis temple.

Both statues were found submerged a meter deep in ground water in the vicinity of a temple commissioned by King Ramses II in the temple precinct of ancient Heliopolis. The colossal statue, of quartzite, was found broken in pieces in front of the temple gate, and it is estimated as of 8 m.-high (including the base). It depicts a king wearing the pharaonic “white crown”. Although there are no engravings that could identify such a statue, its existence at the entrance of King Ramses II’ temple suggests that it could belong to him,” Mahmoud Afifi, Head of the Ancient Egyptian Antiquities at the Egyptian Ministry of Antiquities, stated through Ahram Online.

The second statue, much smaller in size (measuring only 80 cm.), carved in limestone, also depicts a king wearing a crown known as “nemes” and survives only from the head to the upper part of the chest. It bears an inscription identifying the figure with King Seti II, one of the 19th Dynasty’s latest rulers.

The statues were revealed in the framework of an archaeological mission at Mataritya, led by the Egyptian Ministry of Antiquities’ Dr. Aiman Ashmawi and the University of Leipzig’s Dr. Dietrich Raue. According to a statement by the Antiquities’ Minister Khaled El-Enany, the parts of the colossal statue are to be transported to the Grand Egyptian Museum (GEM) for restoration and display when the museum opens.