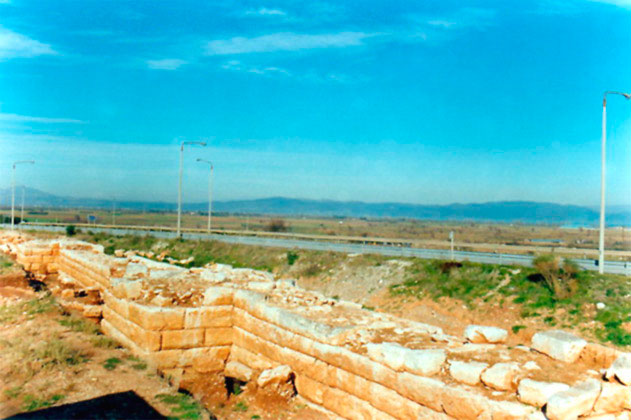 Archaeology and an odd polis

The case of Halos (Thessaly)

On May 23, 2014, at 7.00 p.m. Professor Vladimir Stissi is giving a lecture at the Netherlands Institute of Athens entitled “Archaeology and an odd polis: The case of Halos (Thessaly)”.

As explained in the abstract of Prof. Stissi’s papers: “Inscriptions indicate that Halos, in the very south of Thessaly, was a polis (in the constitutional sense of the word) in ancient times. Halos is mentioned by Homer, Herodotus and several later sources, which mostly suggest or imply it was a city state centring on a town, as one may expect of a polis. Archaeology, however, offers a less straightforward picture. Greek-Dutch field surveys and rescue excavations by the 13th Ephorate have revealed a huge area with Early Iron Age burial mounds and graves dating from the very end of the Late Bronze Age into the Archaic period, but no clear associated habitation centre. The same teams have excavated parts of a large early Hellenistic walled city, which appeared and disappeared in barely more than a generation, but does not seem to be mentioned by any ancient source, and predates inscriptions referring to Halos as a polis.

“Thus, simply by elimination, the most likely candidate for the Polis centre is a rather small tell (Magoula Plataniotiki) in the middle of a very marshy area, already labelled as Halos or ‘Old Halos’ (in contrast to the new Hellenistic city) by archaeologists a long time ago. Its surface is full of (mainly late) Classical sherds, but yields some earlier and later material as well. Greek-Dutch trial excavations starting in summer 2013 and to be continued next summer have revealed Late Classical and Early Hellenistic layers, including probable remains of houses and a monumental building. The chronological overlap with the large new city and absence of later stratigraphy are surprising, however. Moreover, the position and size of the site do not seem to fit a proper polis centre.

“Perhaps this should not come as a surprise in a region which is generally thought to have a tribal (ethnos) structure with very few urban centres. Yet, this would imply that archaeology, inscriptions and historical sources do not fit very neatly. Perhaps there is a way out though. Large parts of the probable territory of Halos have been surveyed over the last 25 years, and in preparing the final publication of this work a combination of find patterns has appeared that may offer some help in envisaging how such an odd polis may have been organized spatially, and perhaps even socially. I hope to discuss some of the possibilities in my presentation”.

Vladimir Stissi holds the chair of Classical Archaeology at the University of Amsterdam. His research focuses on various aspects of the production, distribution, uses and meanings of Greek pottery from the Early Iron Age into the Hellenistic period and on methods of field work and find processing. He has participated in field work in Greece since he was an undergraduate, and is now co-directing the Hellenic-Dutch fieldwork at Halos, and part of the teams preparing publication of the Zakynthos Archaeology Project and long lasting survey work in Boeotia.