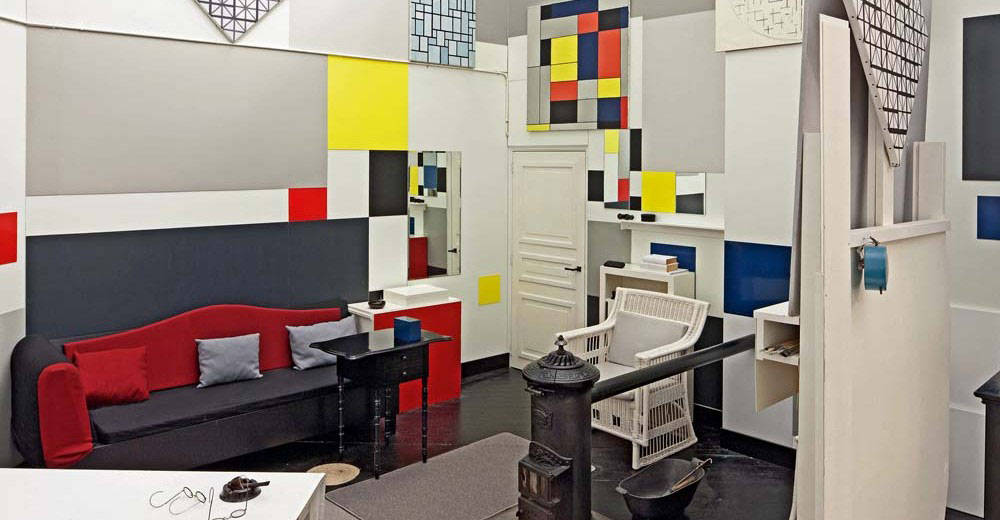 Mondrian and his Studios

A different kind of order

“Mondrian and his Studios” will be shown at Tate Liverpool from 6 June – 5 October 2014, commemorating the 70th anniversary of the Dutch painter’s death.

Dutch painter Piet Mondrian (1872-1944) was one of the most important contributors to the development of abstract art at the beginning of the 20th century. This brand new exhibition provides fresh insights into Mondrian’s practice and explores his relationship with architecture and urbanism.

Mondrian and his Studios considers not only Mondrian’s importance in the field of abstraction, but also the relationship between his iconic artworks and the space around them. Mondrian’s studios in Amsterdam, Paris and New York all reflected different stages of the painter’s way of thinking and of his intentions.

This special exhibition will consider the relationship between Mondrian’s artworks and the space around them. Focusing on this connection between painting and architecture after Mondrian’s move to Paris in 1911, a major exhibition highlight will be a life size reconstruction of his Paris Studio which will allow visitors to immerse themselves in Mondrian’s creative world.

The exhibition also features a diverse group of major abstract paintings. Tate Liverpool’s waterfront location provides the perfect setting for Mondrian’s 1914 series Pier and Ocean, which will be presented for visitors alongside the stunning views of the former Cunard liner piers seen from the fourth floor riverside galleries.

The exhibition also investigates Mondrian’s broader relationship with architecture and urbanism, particularly through a comparison of his earlier Parisian works and those made in the hectic modern cityscape of New York. Many of Mondrian’s best-known Neo-Plastic works will be exhibited, featuring his own instantly recognisable abstract painting style comprising straight lines and clearly defined primary colours.

A different kind of order

Dr Michael White, art historian at the University of York, and Tate Liverpool’s Artistic Director, Francesco Manacorda are the curators of the exhibition.

Dr White said: “Mondrian’s visitors frequently described his studio as an almost other-worldly place that produced an aesthetic experience in its own right. This exhibition, which features the largest gathering of Mondrian’s rare and precious abstract paintings seen in the UK, is the first to explore connections between the abstraction of his paintings and the physical environment in which they were made and displayed by the artist. It provides a unique insight into how Mondrian manipulated his studio space and used it to communicate the utopian aspirations he held for his art.”

Dr White will conduct a ‘Curator’s Talk’ for members on Thursday 5 June, and will also speak on ‘Mondrian: A Different Kind of Order’ at the York Festival of Ideas at 6pm on 16 June.