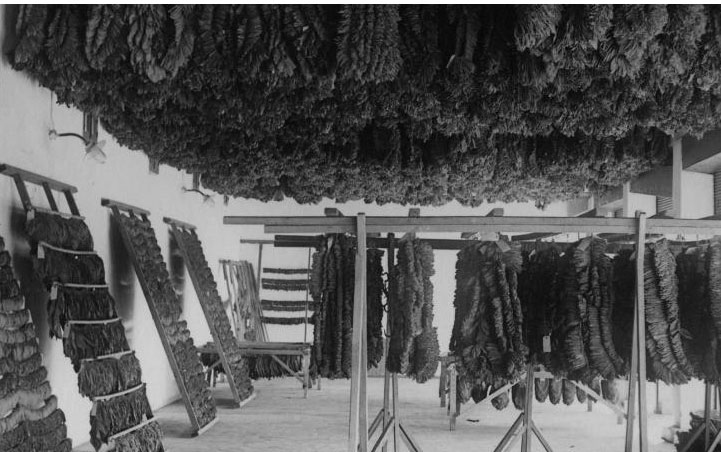 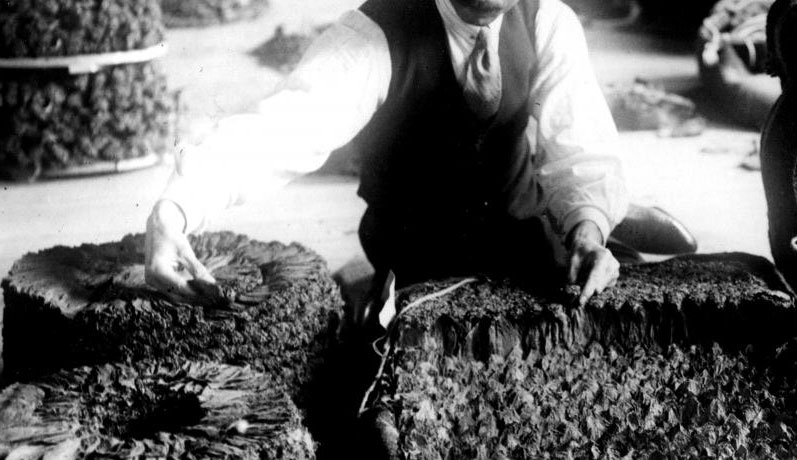 The exhibition “Καπνός | Tobacco. 101 notes on oriental tobacco” to be shown from June 11 until August 31, 2014 at the Benaki Museum of Athens presents oriental tobacco as a multifaceted commercial product by approaching it from a variety of historical perspectives. From the needles used in the stringing of the leaves, the spiking process in the villages, the ‘tonga’ process for bundling tobacco leaves and the wooden chests used at the commercial stage of processing, to the imposing tobacco warehouses of northern Greece and the intricately made cigarette cases and packs in Athens and Thessaloniki, the exhibition presents the history of tobacco and, through it, an important part of the history of Greece.

Tobacco continues to be one of the most valuable agricultural products exported by the country. Greek tobacco has been and continues to be among the finest in the world. From a historical perspective, tobacco reflects an important segment of Greek history.

Tobacco processing and industrial output were decisive factors in the development of Greek cities such as Kavala, Drama, Xanthi and Thessaloniki. But they also had an impact on the emergence of a new social class and led directly to the birth of the country’s Workers’ Movement. Furthermore, it led to the development of industry, and the commercial and banking sectors. Tobacco processing and production were also intertwined with the refugee issue, as is evident from the following minutes of the proceedings of the Greek Parliament in 1946: ‘If it weren’t for tobacco, a solution to the demographic problem, the result of the Asia Minor calamity, would have been impossible. The settlements in Macedonia and Thrace in 1922 were only possible because of tobacco’. The tobacco trade was also a key factor in the creation of a unique aesthetic reflected in the architecture of the tobacco warehouses, the mansions of the tobacco merchants, the design of everyday tobacco-related objects, and the commercial logos and posters of a number of Greek tobacco companies.

The exhibition illuminates all these different aspects of tobacco through rare objects from collections abroad, records from Greek archive holdings and photographic material from private and public collections.