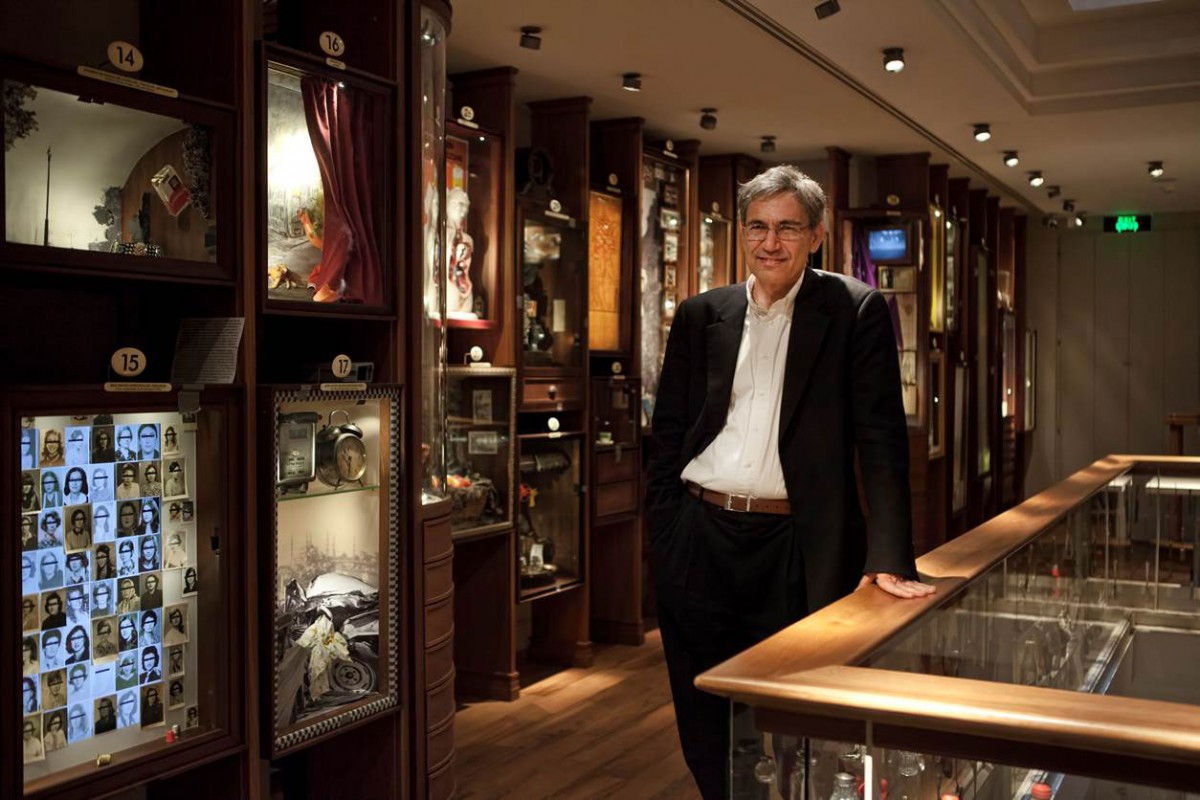 The Museum of Innocence was granted the EMYA 2014

The Museum of Innocence, Istanbul, Turkey was granted the 2014 European Museum of the Year Award.

A museum of “public quality”

This museum fulfils to the highest degree the notion of “public quality”, from the point of view both of heritage and of the public.

The museum has received a trophy: The Egg by Henry Moore, which it will keep for one year.

From the very beginnings of the project, since the 1990s, Orhan Pamuk has conceived of novel and museum together. The novel, which is about love, is set between 1974 and the early ’00s, and describes life in Istanbul between 1950 and 2000 through memories and flashbacks centred around two families – one wealthy, the other lower middle class. The museum presents what the novel’s characters used, wore, heard, saw, collected and dreamed of, all meticulously arranged in boxes and display cabinets. It is not essential to have read the book in order to enjoy the museum, just as it is not necessary to have visited the museum in order to fully enjoy the book. But those who have read the novel will better grasp the many connotations of the museum, and those who have visited the museum will discover many nuances they had missed when reading the book. The novel was published in 2008, the museum opened in Spring 2012.

The Kenneth Hudson Award 2014 went to Žanis Lipke Memorial, Riga, Latvia. This new museum, inaugurated in 2013 by two heads of state, commemorates a human rescue operation devised by Zanis Lipke, a Latvian dockworker and smuggler, who succeeded in saving the lives of over 50 Jews from the Riga Ghetto during the Second World War. The captivating story, brilliant new building and innovative presentation make the visitors’ experience exceptionally rich and deep. The award, named after the founder of the European Museum Forum, goes to the most unusual, daring and sometimes controversial achievement that challenges common perceptions of the role of museums in society.

The Saurer Museum, Arbon, Switzerland received the Silletto Prize 2014. The Silletto Prize is awarded to a museum for its work with the local community and the involvement of volunteers. The Saurer truck company was a major employer in Arbon until its closure in 1987. Over 6,000 people lost their jobs, an immense blow to the pride, economy and morale of the community. The Saurer Oldtimers Club began to collect and restore Saurer vehicles, and has created a museum with high professional standards entirely through voluntary effort.

The Council of Europe Museum Prize 2014 was granted to the Baksi Museum, Bayburt, Turkey. Embedded in the natural beauty of the Anatolian landscape, the Baksi Museum brings the rural into dialogue with the urban, traditional culture into contact with contemporary lifestyles and brings together traditional crafts with contemporary art. The prize was given by the Assembly of the Council of Europe at a special ceremony held in Strasbourg on 8 April 2014. The museum has received a trophy: La femme aux beaux seins by Joan Miró, which it will keep for one year.

The following museums have received Special Commendations from the EMYA 2014 Judging Panel:

Lennusadam, Estonian Maritime Museum, Tallinn, Estonia, for the impressive maritime atmosphere with spectacular, theatrical exhibition design beautifully integrated into the building and for the evident central position of the visitor at the heart of the online experience which allows them to download information whilst walking through the exhibition.

Bildmuseet, Umeå, Sweden, for creating a modern and innovative museum offering dynamic exhibition continuity and a permanent platform for the promotion of European and global cultural knowledge and multi-layered intercultural dialogue.

Museo Nacional de Ciencia y Tecnología, A Coruña, Spain, for its ability to communicate scientific and technical concepts in an inspiring way and for its strong commitment to social responsibility in preserving the technical, industrial and scientific heritage of Spain and Galicia.

Museo Occidens / Catedral de Pamplona, Spain, for the outstanding way in which it presents the values that underpin the civilization of the “West” and challenges us to rethink our collective future, and our concepts of democracy, solidarity, justice, peace and freedom.

Kazerne Dossin – Memorial, Museum and Documentation Centre on Holocaust and Human Rights, Mechelen, Belgium, and Flossenbürg Concentration Camp Memorial, Germany. A joint special commendation goes to these two museums for their courage in opening up their institutions to the future, and seeking new “ownership” relationships, within the context of the Second World War. Both these museum memorials – by way of their ideas – have the potential to influence, professionally, their genre of museums.