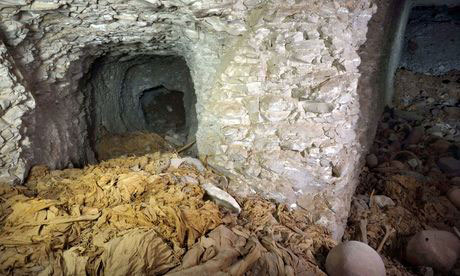 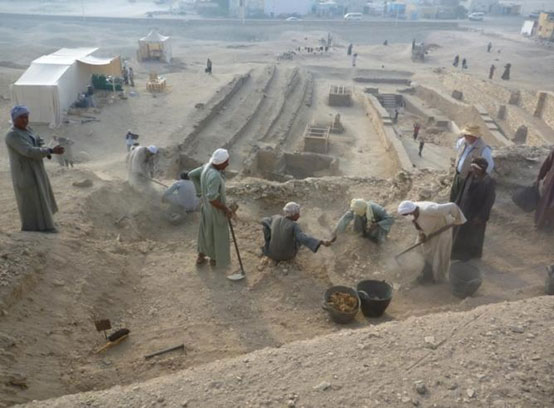 A 4,000-year-old elite tomb was unearthed in Luxor by the Spanish mission conducting excavations in the Dra Abu El-Naga necropolis, located on the West Bank of the Nile in the ancient city of Thebes, now modern-day Luxor. The tomb consists of a well carved square burial chamber which is still being excavated and cleaned.

“The dimensions are considerable, leaving no doubt that the tomb belonged to a member of the royal family or a senior courtier,” according to a news release issued Monday by Jose Galán, director of the Djehuty Project excavation, during which the tomb was revealed.

Archaeologists hope that a thorough study of the tomb may provide insights into this pivotal period in ancient Egyptian history, in which Upper and Lower Egypt were united under pharaonic rule.

Human remains were found scattered around the burial chamber, at the end of a 20-metre long underground entranceway, which starts from one of the rooms in the shaft and ends in the newly discovered tomb. The tomb also contained pottery dating to the 17th dynasty, about 400 years later, suggesting that the tomb was reused.

Ali al-Asfar, an antiquities ministry official, said: “The tomb may have been used as a mass grave, given the high number of human remains [discovered in it]”. Also, as al-Asfar added, the 17th Dynasty pottery and tools found suggest that although the tomb was carved on the 11th Dynasty  it was reused in the 17th Dynasty.

Five years ago, the Spanish archaeologists discovered a small but intact burial of the same period which contained a red coffin and a mummy in good condition beside a number of arrows and arcs, which are now in display at Luxor Museum now.