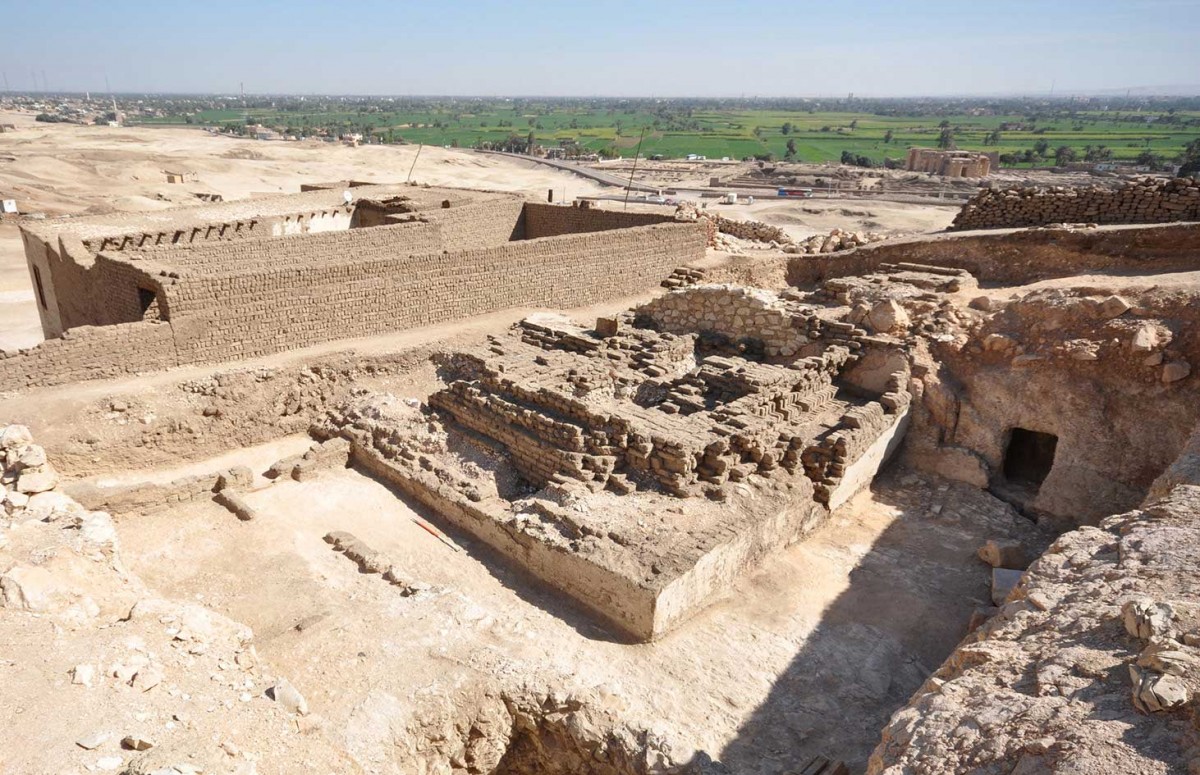 The Free University of Brussels and the University of Liège have uncovered a 3,000-year-old pyramid in Luxor, in a joint mission. As Egypt’s Minister of Antiquities Mohammed Ibrahim announced the pyramid belonged to a vizier of Pharaoh Ramses II, “the First Royal Herald of the Lord of the two lands” (the Upper and Lower Egypt).

The pyramid stands 15 meters tall and has a width of 12 meters, making it a “remarkable feature on the landscape of Thebes”, the Free University of Brussels said. It is decorated with an engraving of the Ancient Egyptian god Ra-Horakhty. The structure is believed to be a cover for the burial chamber of Khay, the vizier or highest official of Pharaoh Ramses II.

The actual tomb of Khay has yet to be uncovered, so excavations at the site continue. According to a press release by the Free University of Brussels, the connection to Khay makes this discovery one of great historical importance: Khay is well-known by Egyptologists through numerous documents. Occupying the highest civil rank in the kingdom, Khay took part in the celebrations of the six first jubilees of Ramses II. He also supervised the artist community that was in charge of realizing the royal tombs in the Valley of Kings and the Valley of Queens.

As International Business Times reports: “The researchers (…) were excavating the hill of Sheikh Abd al-Qurna on the West Bank of Thebes when they found a large mud brick pyramid which they dated to the Ramesside period (1292-1069BC).”

Ramses II, also known as Ramses the Great, is generally regarded as one of the most powerful pharaohs of the Egyptian empire. His mummy is now displayed at the Egyptian Museum in Cairo, which also showcases two statues of the vizier Khay.