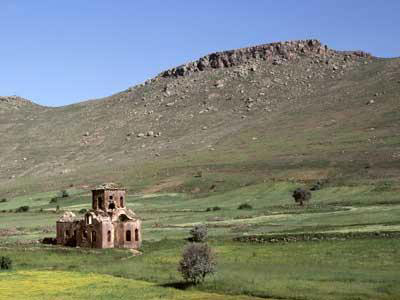 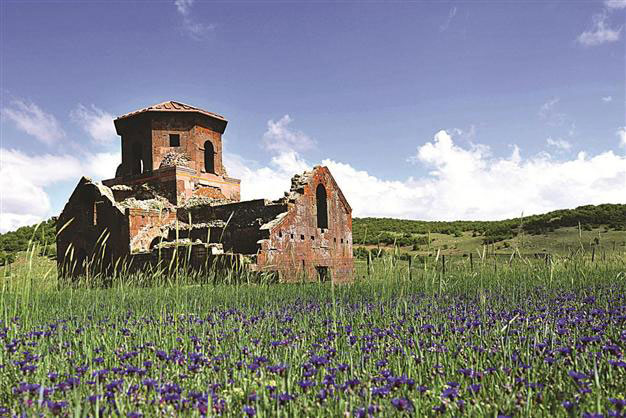 The Red Church of Cappadocia

Restoration works of the 1,500-year-old Red Church (Kızıl Kilise) in the central Anatolian region of Cappadocia have begun before the monument’s collapse, but now officials need more funds, in order for the works to be continued. The Red Church was included in the 2008 World Monuments Watch.

The Paris-based Cappadocia Friends Association’s Turkey has been established in 1995, in order to raise funds for the church’s restoration. The association’s representative Osman Diler said that the inclusion of the Red Church on the list of the World Monuments Watch is a result of the association’s efforts.

“The Red Church was listed as one of the 100 World Heritage in Danger in 2008. This situation made things easier for us to promote the church and find resources,” Diler said.

The importance of Kizil Kilise

Kizil Kilise is one of the earliest surviving Christian buildings in Turkey and demonstrates the important role the region has played over the centuries in religious, economic, and cultural development. While the region is best known for its rock-hewn churches and brilliantly decorated chapels carved into steep slopes, Kizil Kilise is particularly distinguished by the mere fact it is a freestanding ecclesiastical structure of significant size and obvious architectural merit, which speaks to its prominence in the life of the region at an earlier time.

Apart from being one of the first churches in the Cappadocia region, it also had a significant place in religious tourism, according to Diler. After St. Gregorius – one of the founders of Orthodoxy in the 4th century – returned to Güzelyurt, he spent the last days of his life on a farm in the area where the Red Church is located. According to the radiocarbon dating results, the Red Church was built in 560, after St. Gregorius had died. “The church has become one of the frequent worship places of Christians on their way to the pilgrimage [to Jerusalem],” Diler said.

Kizil Kilise is one of the oldest churches on the vast plains of the Cappadocia region of Turkey. It was built in the sixth century during the reign of the Byzantine Emperor Justinian. Unlike other churches in the region carved from volcanic rock, Kizil Kilise’s structure employs traditional masonry building methods and exemplifies the high quality of craftsmanship of the area at that time.

The central dome supported by an octagonal base is the most prominent architectural element of the church featuring various types of volcanic stone. Light illuminates the interior through windows located at the base of the building. Evidence of huge lintels and precisely cut granite blocks indicate that the church served as an imperial, or funerary, chapel and belonged to the family of St. Gregory of Nazianzus, a Church Father of Cappadocia. The site was also a stop for pilgrims on their way to Jerusalem.

The restoration of the Red Church had started in 2011 while it was in danger of collapse, with the support of France, the U.S., Greece and Turkey. “The cost of the restoration project was nearly 500,000 euros. We started restorations with the support from our members in those countries, benefactors and foundations. For the restoration process, headed by retired Professor İsmet Ağaryılmaz of Yıldız Technical University Faculty of Architecture Restoration Department, we received the necessary permission, wrote a contract with a firm and completed the first stage. The restoration was divided into a few stages. The dome of the church was about to collapse. We first refurbished the dome and finished 30 percent of the restoration. We need cooperation. We continue seeking resources from France, the U.S. and Turkey. We will start the second stage when we find the resources,” Diler said.

Diler also referred to the concerns regarding excavations in the surrounding area of the Red Church: “Because there are no settlements around the church, illegal excavations are carried out in the area. Even though the gendarmerie sends its teams regularly, the church urgently needs a watchman for protection.”

He said foreign tourists’ interest in the church has increased in recent years. “Tourists come to the church in groups. When the restoration is done, this interest will increase more. Then we can sell tickets and earn revenue,” he concluded.