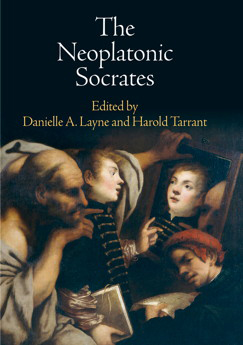 “A welcome addition to growing scholarly interests in Neoplatonism and Socratic studies. These essays open up the fascinating world of how later Platonists read the dialogues and allow us to glimpse the Socratic dialogues in a way that defamiliarizes them, yielding a substantially new view of Socrates from prevailing modern analytic tendencies.” (Sara Ahbel-Rappe, University of Michigan)

Today the name Socrates invokes a powerful idealization of wisdom and nobility that would surprise many of his contemporaries, who excoriated the philosopher for corrupting youth. The problem of who Socrates “really” was—the true history of his activities and beliefs—has long been thought insoluble, and most recent Socratic studies have instead focused on reconstructing his legacy and tracing his ideas through other philosophical traditions. But this scholarship has neglected to examine closely a period of philosophy that has much to reveal about what Socrates stood for and how he taught: the Neoplatonic tradition of the first six centuries C.E., which at times decried or denied his importance yet relied on his methods.

In The Neoplatonic Socrates, leading scholars in classics and philosophy address this gap by examining Neoplatonic attitudes toward the Socratic method, Socratic love, Socrates’s divine mission and moral example, and the much-debated issue of moral rectitude. Collectively, they demonstrate the importance of Socrates for the majority of Neoplatonists, a point that has often been questioned owing to the comparative neglect of surviving commentaries on the Alcibiades, Gorgias, Phaedo, and Phaedrus, in favor of dialogues dealing explicitly with metaphysical issues. Supplemented with a contextualizing introduction and a substantial appendix detailing where evidence for Socrates can be found in the extant literature, The Neoplatonic Socrates makes a clear case for the significant place Socrates held in the education and philosophy of late antiquity.

Harold Tarrant is Conjoint Professor of Classics at the University of Newcastle, Australia, and author of Plato’s First Interpreters.