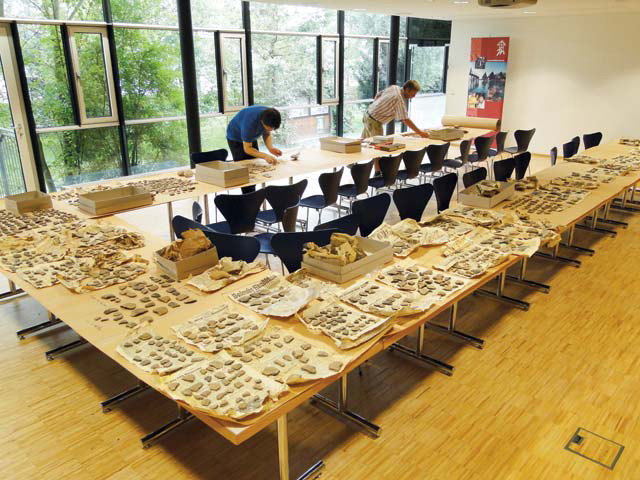 Antiquities looted by Nazis will soon be repatriated to Greece, the culture ministry announced on Thursday. Among them are 10,600 fragments of clay vessels, stone artifacts, and osteological material that were unearthed during excavations carried out between June and December 1941 by the Nazi occupation forces.

A formal ceremony for the return of the antiquities was held at Pfahlbau Museum in Unteruhldingen on Wednesday. Culture & Sports Minister Konstantinos Tassoulas held a speech, underlining the symbolism of the gesture. Mr. Tassoulas also referred to incidents of antiquity smuggling and destruction recorded across Greece during the Nazi occupation and to the recent repatriation of archaeological material unearthed at the site of Magoula Visviki and neolithic sites in Thessaly, central Greece. The minister noted that such moves contribute decisively to the strengthening of bilateral ties.

The National Archaeological Museum will receive the repatriated antiquities. Then they will be transferred to local museums.