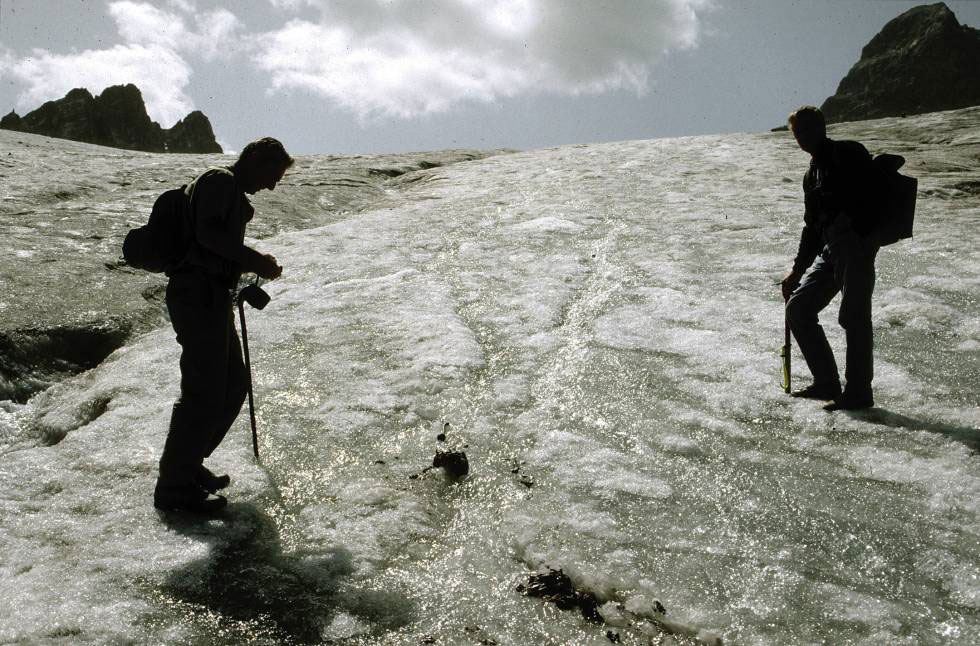 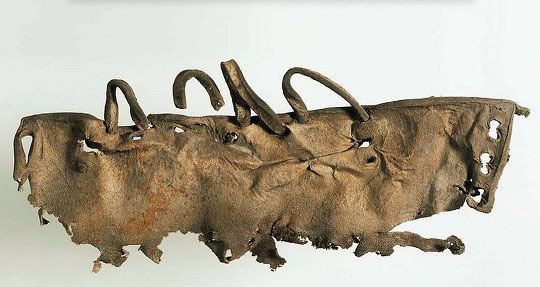 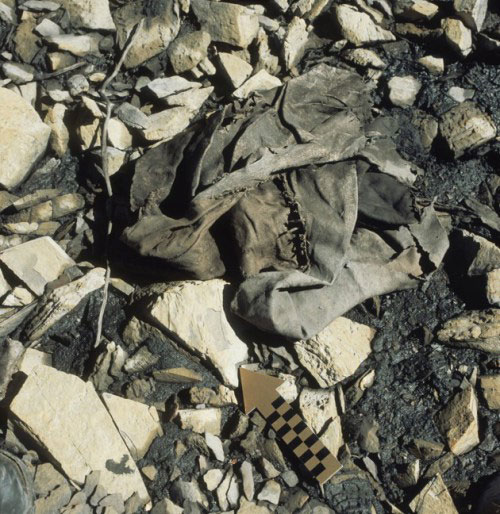 A new project has been initiated in Switzerland, called kAltes Eis (cOld Ice). The aim of cOld Ice is to search for perfectly preserved trapped beneath ice patches in canton Graubünden’s mountains. The brains behind the project is Leandra Naef. She started the kAltes Eis project in October 2013 after graduating with a Master’s Degree in Prehistoric Archaeology from the University of Zurich, where glacier archaeology first piqued her interest.

In summer patches of ice melt and can reveal not only old bottles, tin cans and other things thrown away or lost over the years, but also ancient pieces of wood and clothing, which are valuable to science.

The hunt for ancient artefacts is urgent

Since archaeologists can’t always be in the right place at the right time, especially when dealing with melting ice, cOld Ice is asking alpinists to keep their eyes open for ancient discoveries.

As more and more glaciers melt and retreat due to climate change, the hunt for ancient artefacts is becoming increasingly urgent. If these objects are not found shortly after they emerge from the melting ice, they could be lost or ruined, especially in the case of organic materials such as wood and clothing. “If we want to do something, it has to happen now, or else it will be too late, if it’s not already too late,” said Naef, who hopes to uncover some artefacts this summer. “For us archaeologists, it’s of course an absolute El Dorado,” she adds. The cOld Ice project, which is operated by the Institut für Kulturforschung Graubünden (institute of research on Graubünden culture), will run until December 2015. The goal is to identify the most interesting ice patches in the canton so that its archaeological service can then monitor these sites.

“In the last 30 to 40 years, the warm temperatures in the summer and winter are largely connected to anthropogenic climate change,” Martin Grosjean, executive director of the Oeschger Centre for Climate Change Research at the University of Bern, told swissinfo.ch. “It’s no coincidence that there have been extremely warm summers in the last 10 to 20 years, and this has led in consequence to the glaciers and ice patches melting extremely quickly.”

“There is a window of opportunity of several years or perhaps one or two decades,” said Grosjean, whose research interests include geoarchaeology at the Schnidejoch site. “In 50 years, all these glaciers will be gone. We know that today.”

Ötzi and the Schnidejoch leggings

While nearly a quarter of a century has passed since German hikers found the 5,000-year-old corpse of Ötzi emerging from melting ice in South Tyrol, there is still much territory to explore in the Alps, according to Naef. Some of the biggest discoveries in the Alps in recent years included an arrow quiver made from birch bark and leather leggings from around 3,000 BC, which were found by a couple of hikers at the melting Schnidejoch glacier in canton Bern.

Intriguingly, artefacts emerging from the melted ice patches differ depending on where they were found. In the Alps, for example, objects can be related to traders travelling over passes. In North America and Norway, findings are usually connected to hunting, while in South America they are tied to “sacred activities.” These artefacts fill in gaps in knowledge, such as how early and to what extent people ventured into the Alps. It turns out Ötzi, for example, is related to Sardinians.

The Schnidejoch artefacts together with Ötzi’s clothing are two of the three oldest leather finds from Europe, but the best preserved thanks to the ice, and therefore with much of their DNA code intact.

DNA analysis has revealed that the 5,000-year-old Schnidejoch leggings were not only made of goatskin, but also from a breed previously believed only to be common to east Asia.

Naef’s cOld Ice project focuses on ice patches, which are more stable than glaciers so there is a greater chance of finding perfectly preserved objects. Using a modified GIS-based (Geographic Information Systems) forecasting model first developed by archaeologists in Alaska, she has been able to pinpoint possible archaeological sites in the mountains.

This way she narrowed down the number of possible sites to around 300, focusing on small alpine passes in the canton that are at least 2,500 metres above sea level. She further analysed those 300 spots, awarding them points. For example, a pass that connects two secluded valleys was likely used for travel, making finds more likely. In contrast, a small path located next to a large passage was probably not used as frequently.

In total, Naef identified 40 points that she believes are most likely to yield artefacts, and she will largely examine those herself over the next two summers.

For the remaining 260 points of interest, she will rely on hikers roaming the mountains between July and September to inform her if anything interesting turns up.

No fear of looting

As for whether some hikers could choose to play the villain and run off with the treasures, Naef isn’t concerned. She says the uncovered artefacts will likely be wood or other organic items rather than gold coins. In other words, the objects will be very valuable for science, but not necessarily for private citizens.

“Therefore we don’t have to fear looting or grave robbers,” Naef said.