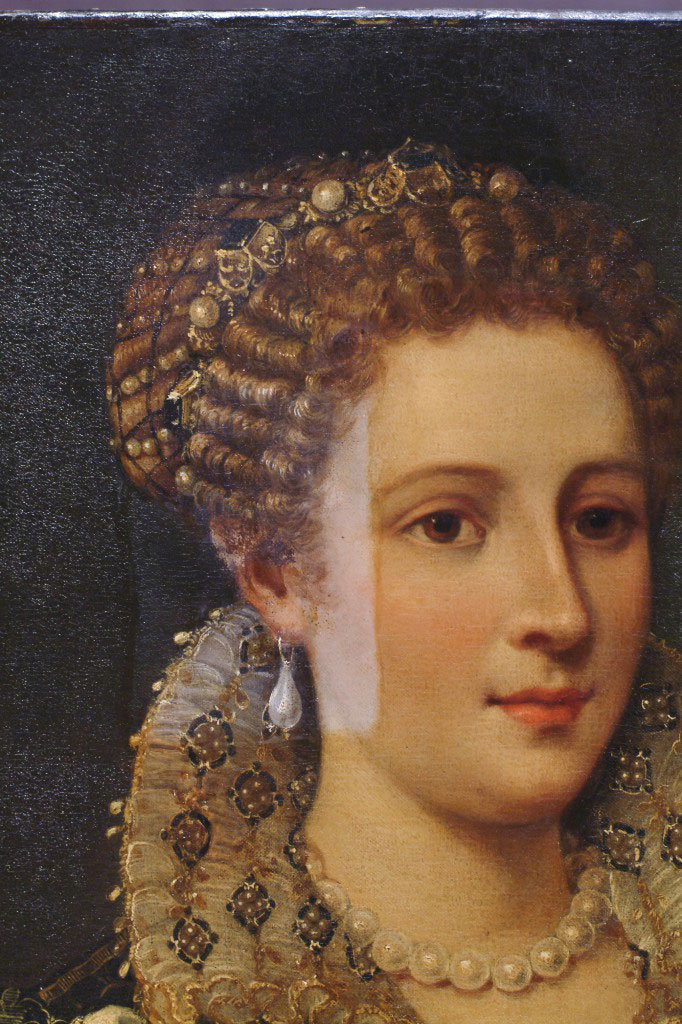 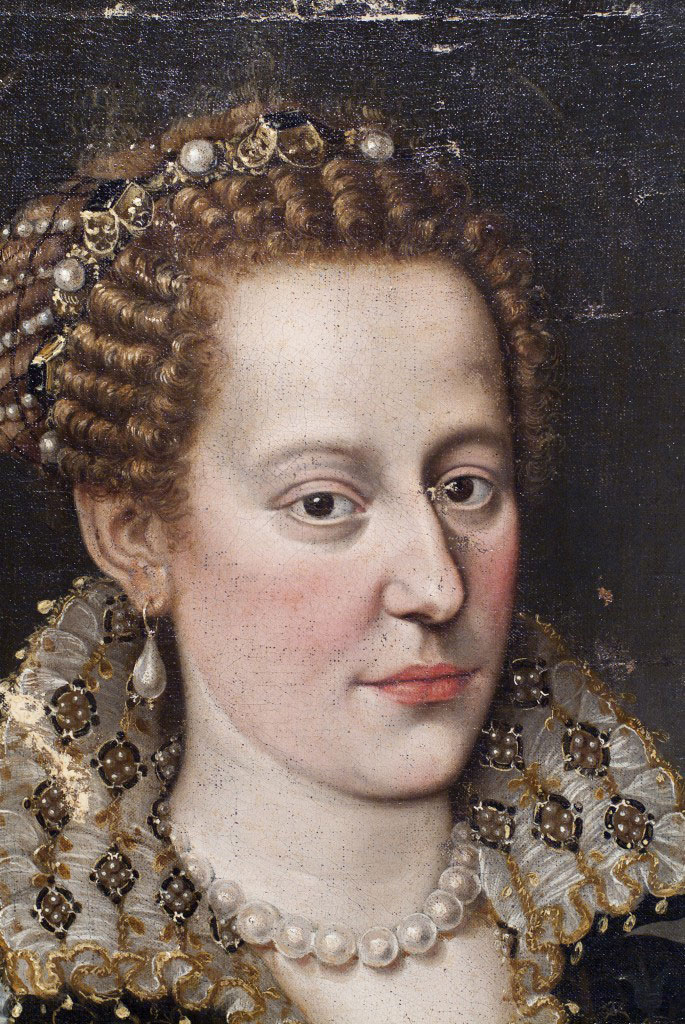 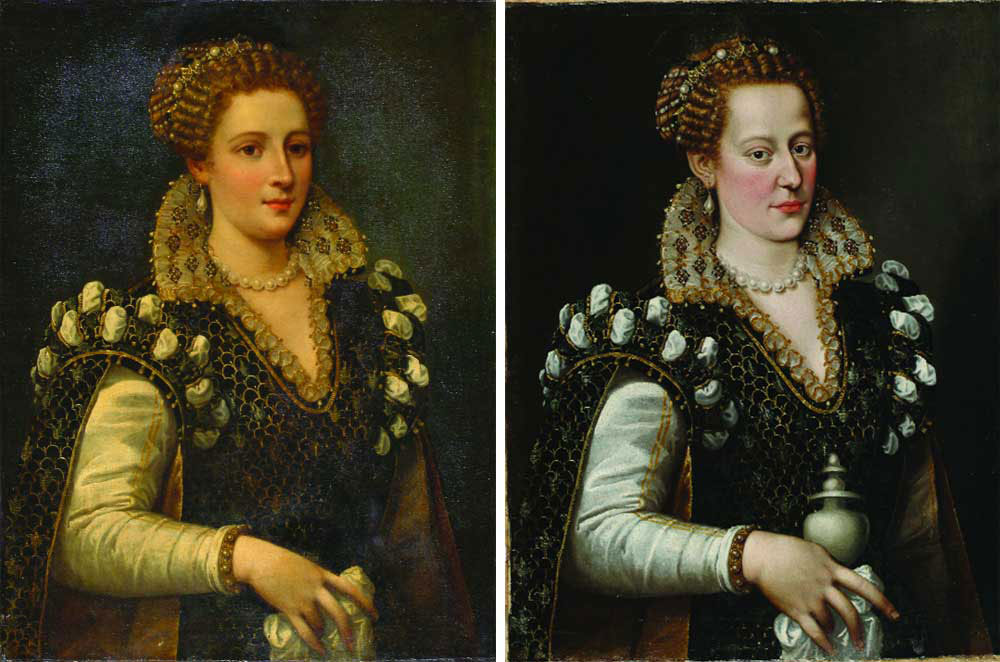 Previous Next
View all photos
Photo caption
News: Exhibition at the Carnegie Museum of Art

Faked, Forgotten, Found showcases conservators’ forensic analysis of five Renaissance paintings in the museum’s collection that have undergone significant scientific analysis and conservation. The discoveries about each work are presented through extensive multimedia documentation, highlighting a fascinating but little-seen aspect of museum practice.

For instance a painting that was “targeted for removal” from the collection of the museum won a last-minute reprieve after a technical examination determined that it was not a “modern fake”, but a 16th-century Florentine portrait that was significantly “tarted up” in the 19th century.

When Lulu Lippincott, the institution’s curator of fine arts, looked at the portrait of Eleanor of Toledo by the Italian Mannerist Bronzino she was certain it was a fake. So she sent it to the conservation studio asking the museum’s chief conservator to confirm it was a fake.

The conservation’s studio response, however, was not what Lippincott expected. “I wasn’t too sure, because on the surface it appears to be a painting with crack patterns that are wrong for a painting on canvas. Something just didn’t fit,” chief conservator, Ellen Baxter says. However she too thought that the sitter’s Victorian biscuit-tin features did not resemble other works by Bronzino. When she examined the painting’s stretcher, she found the metal stamp of Francis Leedham, a prominent 19th-century British restorer who was skilled in transferring paintings from panel to canvas.

The conservator found that the crack pattern was consistent with what she would expect to find on panel paintings. She thinks that the work was transferred to canvas because the panel had a split that could not be repaired.

It turned out that the work was at least 100, if not 400, years older than Lippincott originally thought.

Hidden figure beneath the surface

Then the X-rays revealed an altogether less glamorous figure hidden beneath the surface: an older, jowly woman with “droopy eyes and hands that [were made to play] basketball”, Baxter says. X-rays also showed traces of a halo and revealed that the woman originally held an alabaster urn; both are attributes of Mary Magdalene. The sitter’s face and hands were probably painted over in the 19th century, after the work was transferred to canvas, to make the piece more saleable.

Lippincott traced the painting to the 19th-century railroad magnate and art collector Collis Potter Huntington, who bequeathed the bulk of his collection to the Metropolitan Museum of Art in New York. The Carnegie acquired the picture in 1978.

A “symbol of repentance”

After that Lippincott focused on the woman’s clothing—the most authentic part of the painting—to help identify the sitter. Searching through a catalogue of paintings of the Medici family, she spotted the woman’s dress in a portrait of Isabella de Medici (1542-76), the free-spirited daughter of Eleanor of Toledo and Cosimo de’ Medici. Isabella was strangled by her husband after he learned of her affair with his cousin.

Lippincott believes that the picture was painted around 1574, and that the halo and urn were added shortly after the work was completed, in order to transform the portrait into a  “symbol of repentance”. Isabella’s brother Francesco, who became head of the family in 1574, was less accepting of her scandalous lifestyle. “This may have been Isabella’s attempt to clean up her act,” Lippincott says.

The removal of the overpaint will enable the identification of the artist. Lippincott thinks that the work is by someone from the circle of Alessandro Allori, the leading painter of the Medici court during the 1560s and 1570s. “Now that we have the picture as close to its original appearance as we can, scholars will be able to make an accurate assessment of its quality and authenticity,” she says.

And this is just one of the fascinating stories revealed in the exhibition, that opened on June 28 and will run through September 15, 2014 at the

This exhibition is organized by Lulu Lippincott and Ellen Baxter.