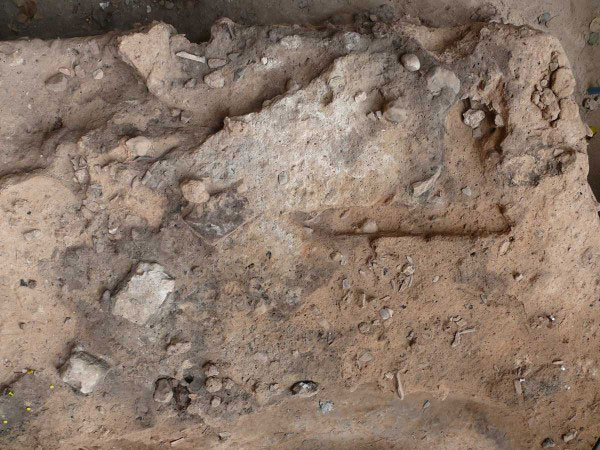 Neanderthals in Europe cooked and ate plants some 50,000 years ago, according to an analysis of fossilized fecal material recovered at the Neanderthal occupation site El Salt in southern Spain.

Ainara Sistiaga of the University of La Laguna in Tenerife and geobiologist Roger Summons of the Massachusetts Institute of Technology used technology that detects fecal matter in drinking water to test five locations at El Salt.

According to the abstract of their paper, published on June 25, in PLOS ONE: “Neanderthal dietary reconstructions have, to date, been based on indirect evidence and may underestimate the significance of plants as a food source. While zooarchaeological and stable isotope data have conveyed an image of Neanderthals as largely carnivorous, studies on dental calculus and scattered palaeobotanical evidence suggest some degree of contribution of plants to their diet. However, both views remain plausible and there is no categorical indication of an omnivorous diet”.

This paper on the contrary presents “direct evidence of Neanderthal diet using faecal biomarkers, a valuable analytical tool for identifying dietary provenance. Our gas chromatography-mass spectrometry results from El Salt (Spain), a Middle Palaeolithic site dating to ca. 50,000 yr. BP, represents the oldest positive identification of human faecal matter. We show that Neanderthals, like anatomically modern humans, have a high rate of conversion of cholesterol to coprostanol related to the presence of required bacteria in their guts. Analysis of five sediment samples from different occupation floors suggests that Neanderthals predominantly consumed meat, as indicated by high coprostanol proportions, but also had significant plant intake, as shown by the presence of 5β-stigmastanol. This study highlights the applicability of the biomarker approach in Pleistocene contexts as a provider of direct palaeodietary information and supports the opportunity for further research into cholesterol metabolism throughout human evolution”.