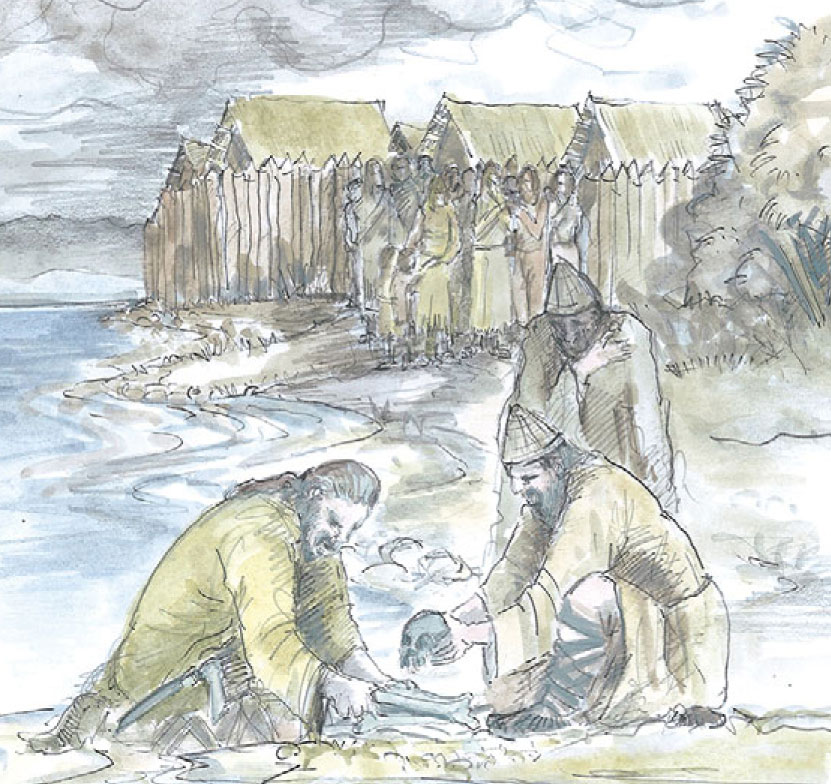 Child skulls as gifts for the gods

Children’s skulls found at the edges of Bronze Age settlements may have been a gift for the local lake gods to ward off flooding, according to a study published in Antiquity (vol. 88, nr 340, p. 456–469), by archaeologists Francesco Menotti, Benjamin Jennings (Institute of Prehistory and Archaeological Science, Basel University) and Hartmut Gollnisch‑Moos (Department of History and Geography, Thurgau University of Teacher Education).

The skulls were discovered at the lake-dwellings of the Circum-Alpine region, a rich source of detailed information about daily life in Bronze Age Europe. The location of the settlements made them vulnerable to changes in climate and lake level.

The skulls were found at Late Bronze Age examples, at the edge of the lake settlement, close to the encircling palisade. Several of the children had suffered violent deaths, through blows to the head from axes or blunt instruments.

However they do not appear to have been human sacrifices. The archaeologists believe that the skulls may have been offerings to the gods by communities faced with the threat of environmental change.