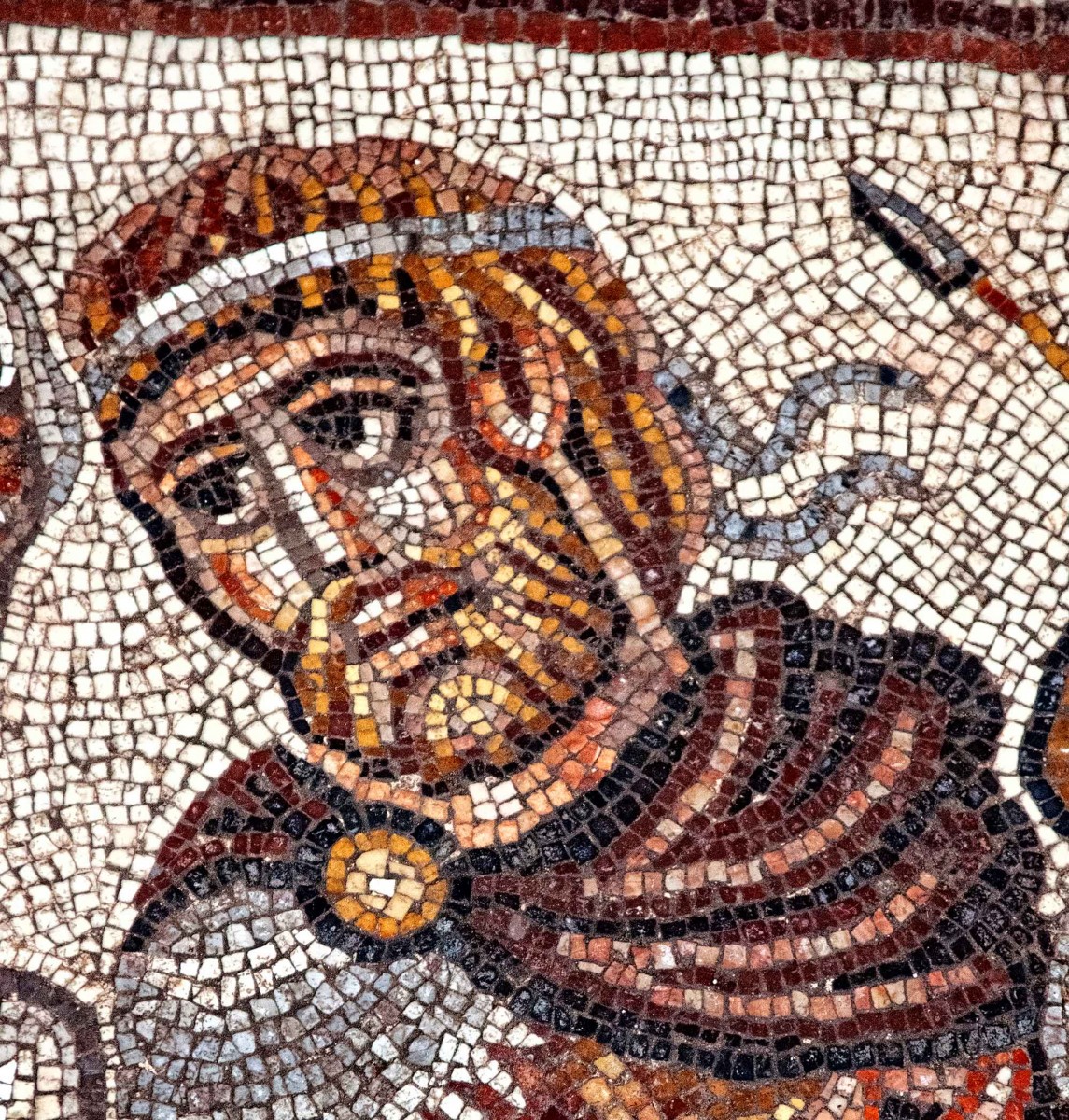 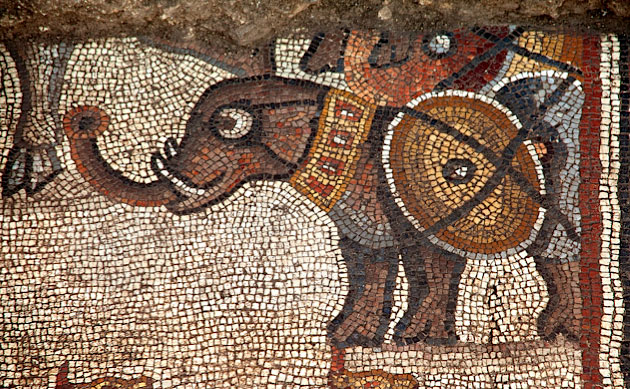 Previous Next
View all photos
Photo caption
News: Excavations around the world

The first ancient synagogue mosaic to feature a non-biblical narrative was revealed at the 5th-century synagogue at Huqoq, an ancient Jewish village in Israel’s Lower Galilee.

It is the third mosaic discovered in the same location since 2012, during the excavations directed by Jodi Magness, Kenan Distinguished Professor for Teaching Excellence in Early Judaism in the College of Arts and Sciences, University of North Carolina at Chapel Hill (UNC), and co-directed by Shua Kisilevitz of the Israel Antiquities Authority. Sponsors are UNC, Brigham Young University in Utah, Trinity University in Texas, the University of Toronto in Canada and the University of Wyoming. Students and staff from UNC and the consortium schools participated in the dig.

In 2012, a mosaic showing Samson and the foxes (as related in the Bible’s Judges 15:4) was discovered in the synagogue’s east aisle. Last summer (2013), a second mosaic was found which shows Samson carrying the gate of Gaza on his shoulders (Judges 16:3).

The third mosaic discovered in the synagogue’s east aisle is divided into three horizontal registers (strips), and differs in style, quality and content from the Samson scenes. Portions of this mosaic were uncovered in 2013, and the rest was revealed this summer.

Details of the new mosaic

The lowest register shows a bull pierced by spears, with blood gushing from his wounds, and a dying or dead soldier holding a shield.

The middle register depicts an arcade, with the arches framing young men arranged around a seated elderly man holding a scroll, and lighted oil lamps above each arch.

The uppermost register depicts a meeting between two large male figures. A bearded, diademed soldier wearing elaborate battle dress and a purple cloak is leading a large bull by the horns, accompanied by a phalanx of soldiers and elephants with shields tied to their sides. He is meeting with a grey-haired, bearded elderly man wearing a ceremonial white tunic and mantle, accompanied by young men with sheathed swords who are also wearing ceremonial white tunics and mantles.

The identification of the figures in this mosaic is unclear because there are no stories in the Hebrew Bible involving elephants, Magness said.

“Battle elephants were associated with Greek armies beginning with Alexander the Great, so this might be a depiction of a Jewish legend about the meeting between Alexander and the Jewish high priest,” Magness suggested “Different versions of this story appear in the writings of Flavius Josephus and in rabbinic literature.”

From this season’s excavations, it has become clear that the synagogue was more than 20 meters long, which means it is comparable in size to the late Roman synagogue at Capernaum — the largest Galilean-type synagogue in Israel, Magness said.

“The synagogue is unusual because of the high quality of stone construction as well as the exquisite mosaic floors, which are made of very small tesserae (stone cubes),” Magness said. “They therefore were very costly, indicating that the village of Huqoq was more prosperous than we imagined.”

The mosaics have been removed from the site for conservation, and the excavated areas have been backfilled. Excavations are scheduled to continue in summer 2015.