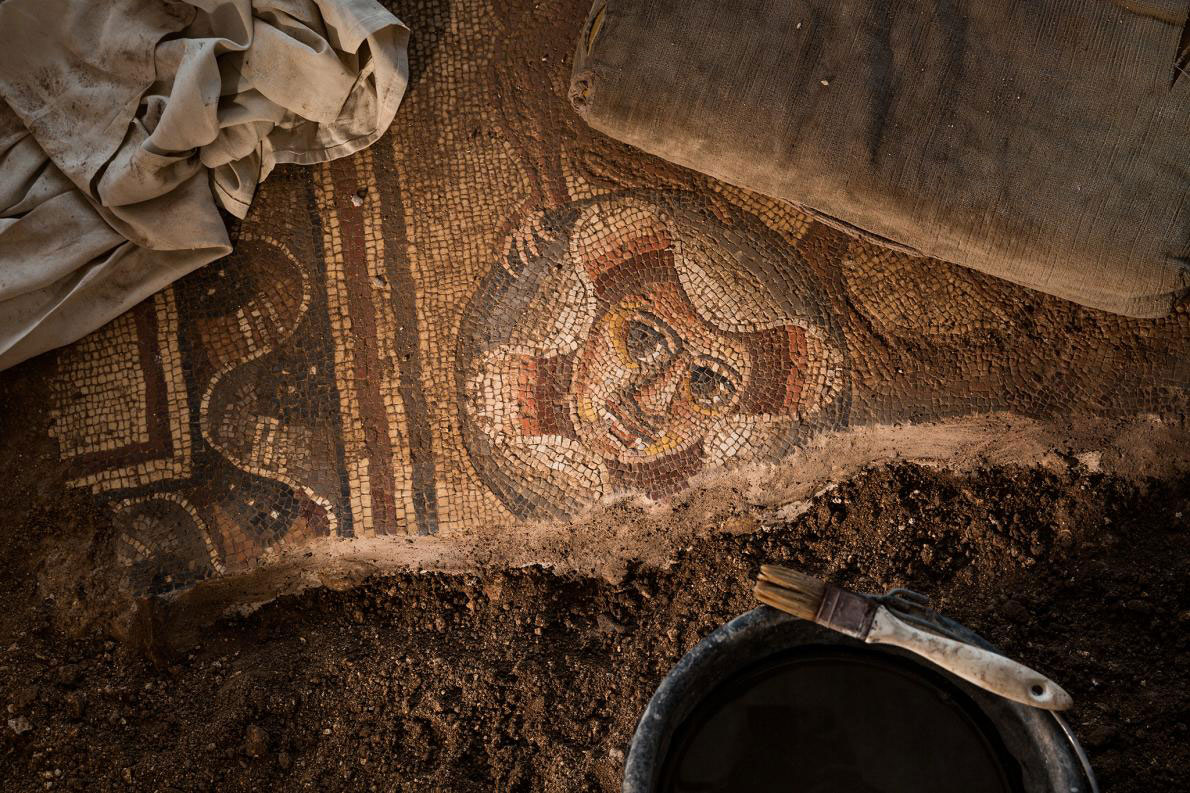 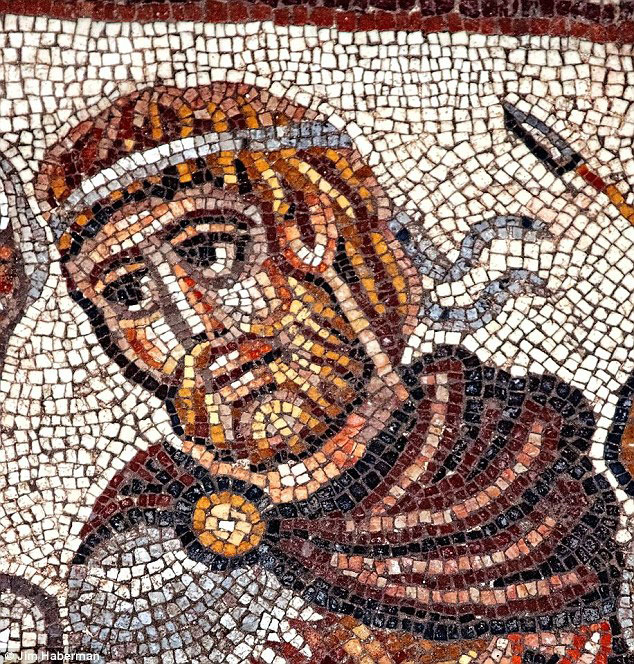 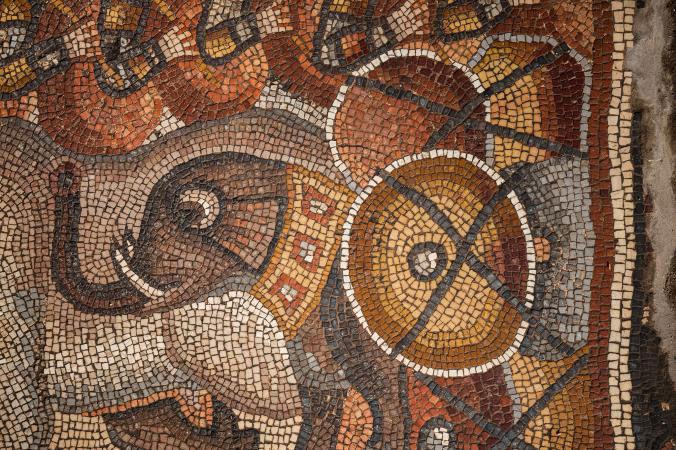 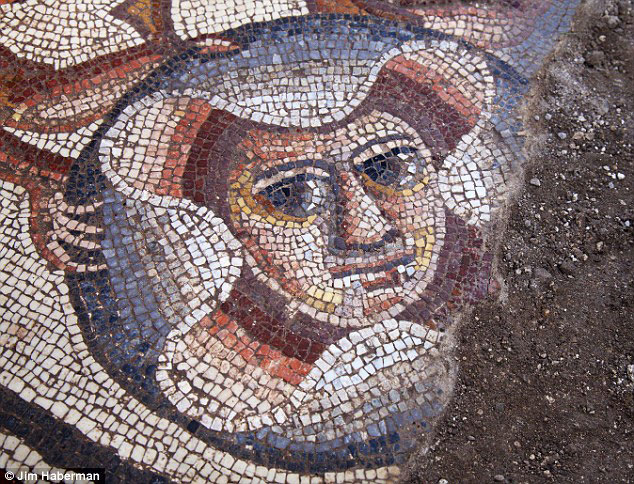 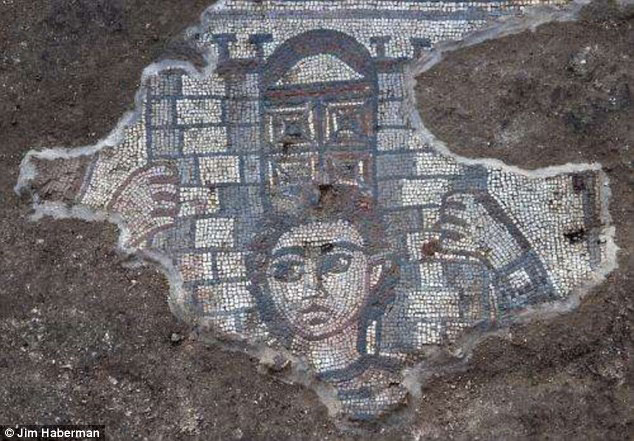 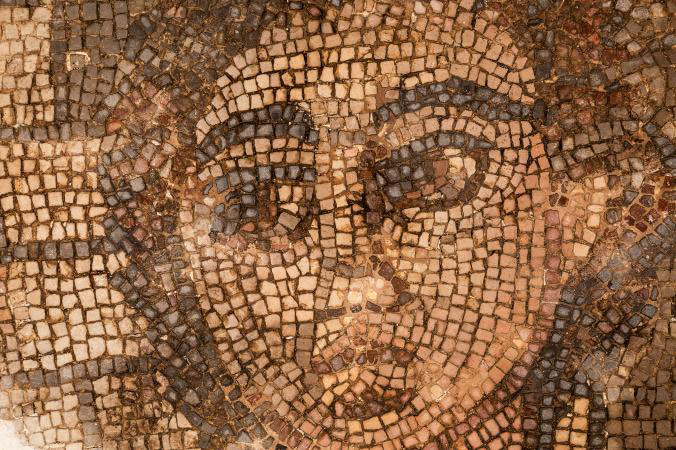 Archaeologists working in an ongoing project in Huqoq synagogue, Israel, have uncovered more mosaics with non-biblical depictions. The project started in 2012 and about a year ago the first mosaic featuring a non-biblical narrative was revealed at the 5th century synagogue in Huqoq, an ancient Jewish village in Lower Galilee.

The new images include a dedicatory inscription, depictions of elephants, roosters, theatre masks, women surrounded by cupids, Greek gods, mythological figures, as well as a historical figure, probably Alexander the Great. It is the first non-biblical story to be discovered inside an ancient synagogue.

The floor mosaic includes three horizontal strips. A scene at the largest top strip represents a meeting between two men. One is a bearded soldier wearing battle dress and a purple cloak, leading a bull by the horns, followed by other soldiers and elephants with shields tied to their sides. The other is a grey-haired, bearded elderly man wearing a ceremonial white tunic and mantle, accompanied by young men with sheathed swords, also in ceremonial clothes.

Jodi Magness, an archaeologist from the University of North Carolina, said that since there are no stories in the Hebrew bible including elephants, and battle elephants are associated with Greek armies, beginning with Alexander the Great, the depiction of the historical figure might be that of a Jewish legend regarding the meeting between Alexander and the Jewish High Priest. ‘Different versions of this story appear in the writings of Flavius Josephus and in rabbinic literature’, said Professor Magness.

In 2012 archaeologists uncovered a mosaic showing Samson and the foxes, as described in the book of Judges, in the synagogue’s east aisle. The next summer, a second mosaic showing Samson carrying the gate of Gaza on his shoulders was found. According to Professor Magness, ‘it is not clear if there is a thematic connection between the Samson scenes and the other mosaics in the east aisle’.

Apart from the mosaics, this summer the team discovered columns inside the synagogue covered with plaster and painted ivy leaf designs.

The mosaics have been removed from the site for conservation, and the excavated areas have been back-filled. Further excavations on the site are planned for 2016.