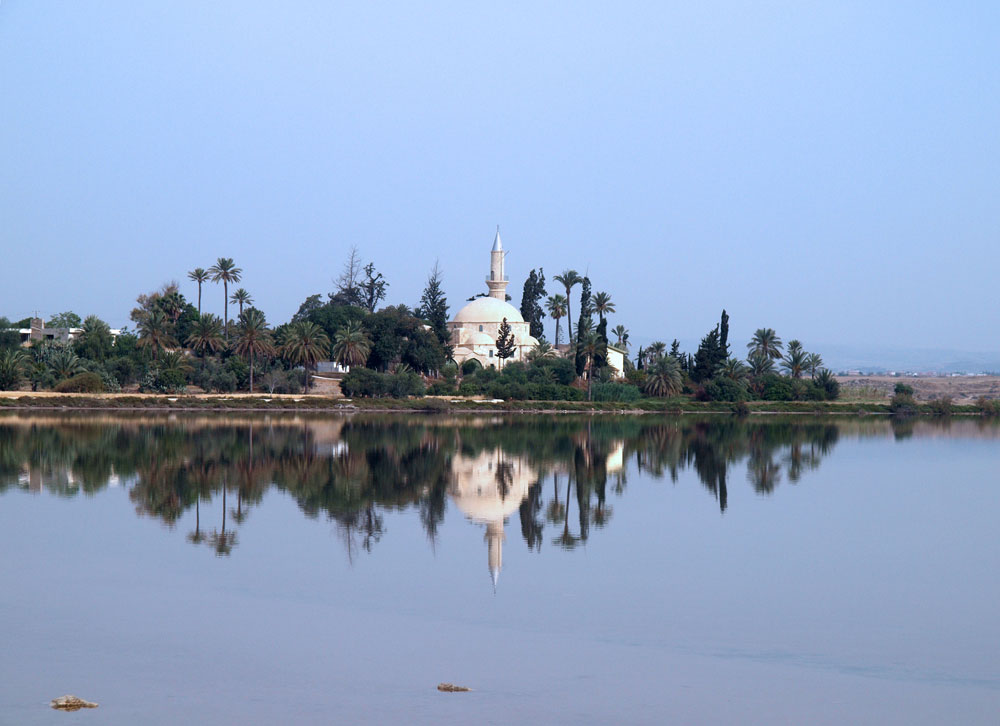 The mosque of Hala Sultan in Larnaka, Cyprus has received the certificate of Excellence for 2014 by the well-known and established travel website TripAdvisor, used by millions of travelers around the world.

The certificate is based entirely on the comments of visitors following their visit to the mosque of Hala Sultan during the previous year. The Department of Antiquities, Ministry of Communications and Works of Cyprus considers this distinction of special importance since it is the result of the experiences of the visitors and their subsequent comments.

The award is considered to be an extremely positive promotion since the awarded attractions are advertised through social network sites. At the same time, this certificate demonstrates how the ongoing efforts of the Department of Antiquities to upgrade its museums and monuments, despite the difficult financial circumstances of recent years, are appreciated by the public. Last but not least, this distinction is an opportunity for Cyprus’ rich cultural heritage to be promoted.

Hala Sultan Tekke or the Mosque of Umm Haram is a muslim shrine on the west bank of Larnaka Salt Lake. Umm Haram (Turkish: Hala Sultan) was the Islamic prophet Muhammad’s wet nurse and the wife of Ubada bin al-Samit, a companion of Muhammad and later one of the successful commanders of Rashidun army.

Hala Sultan Tekke complex is composed of a mosque, mausoleum, minaret, cemetery, and living quarters for men and women. The term tekke applies to a building designed specifically for gatherings of a Sufi brotherhood, or tariqa, and may have referred to an earlier feature of the location. The present-day complex, open to all and not belonging to a single religious movement, lies in a serene setting on the shores of the Larnaka Salt Lake, which appears to be an important site also in prehistory. Hala Sultan Tekke is also a listed Ancient Monument.