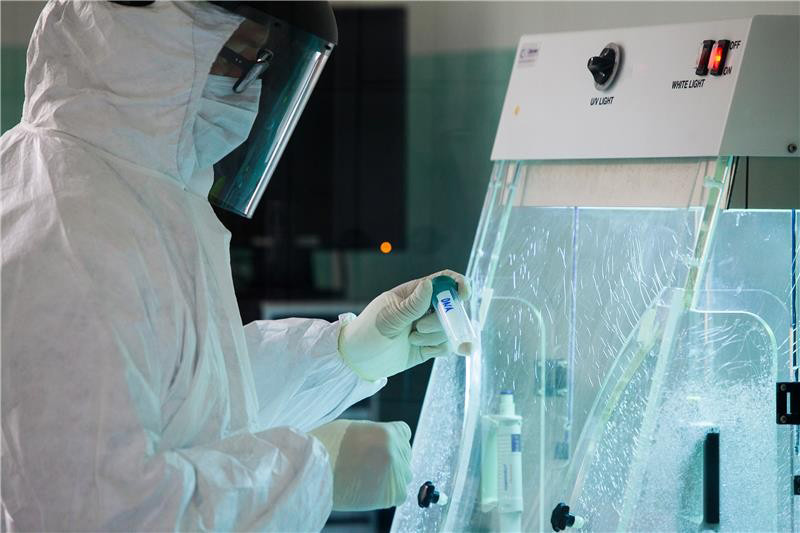 Ötzi’s non-human DNA proves to be even more illuminating than the human part of it, new approach by a team of scientists from EURAC in Bolzano/Bozen and the University of Vienna reveals.

Ötzi’s human genome was decoded from a hip bone sample taken from the 5,300 year old mummy. However the tiny sample weighing no more than 0.1 g provides so much more information. A team of scientists from EURAC in Bolzano/Bozen together with colleagues from the University of Vienna analyzed the non-human DNA in the sample. They found evidence for the presence of Treponema denticola, an opportunistic pathogen involved in the development of periodontal disease.

The tiny bone sample has been analyzed before. In fact much of what we know about Ötzi stems from it. The new approach which the team of scientists are now pursuing focuses on the part of the sample consisting of non-human DNA. “What is new is that we did not carry out a directed DNA analysis but rather investigated the whole spectrum of DNA to better understand which organisms are in this sample and what is their potential function,” explained Frank Maixner, from the EURAC Institute for Mummies and the Iceman in Bozen/Bolzano.

“This ‘non-human’ DNA mostly derives from bacteria normally living on and within our body. Only the interplay between certain bacteria or an imbalance within this bacterial community might cause certain diseases. Therefore it is highly important to reconstruct and understand the bacterial community composition by analysing this DNA mixture,” said Thomas Rattei, Professor of Bioinformatics from the Department of Microbiology and Ecosystem Science at the University of Vienna.

The finding of the Treponema denticola supports the computer tomography based diagnosis that the Iceman suffered from periodontitis. Even more surprising is that the analysis of a tiny bone sample can still, after 5,300 years, provide us with the information that this opportunistic pathogen seems to have been distributed via the bloodstream from the mouth to the hip bone. Furthermore, the investigations indicate that these members of the human commensal oral microflora were old bacteria which did not colonise the body after death.

Another finding may be important for the future conservation of the world-famous mummy. The scientists detected Clostridia-like bacteria in the Iceman bone sample which are at present most presumably in a kind of dormant state. Under hermetically sealed, anaerobic conditions, however, these bacteria can re-grow and degrade tissue. “This finding indicates that altered conditions for preserving the glacier mummy, for example when changing to a nitrogen-based atmosphere commonly used for objects of cultural value, will require additional micro-biological monitoring,” explained the team of scientists who will now look closer at the microbiome of the Iceman.