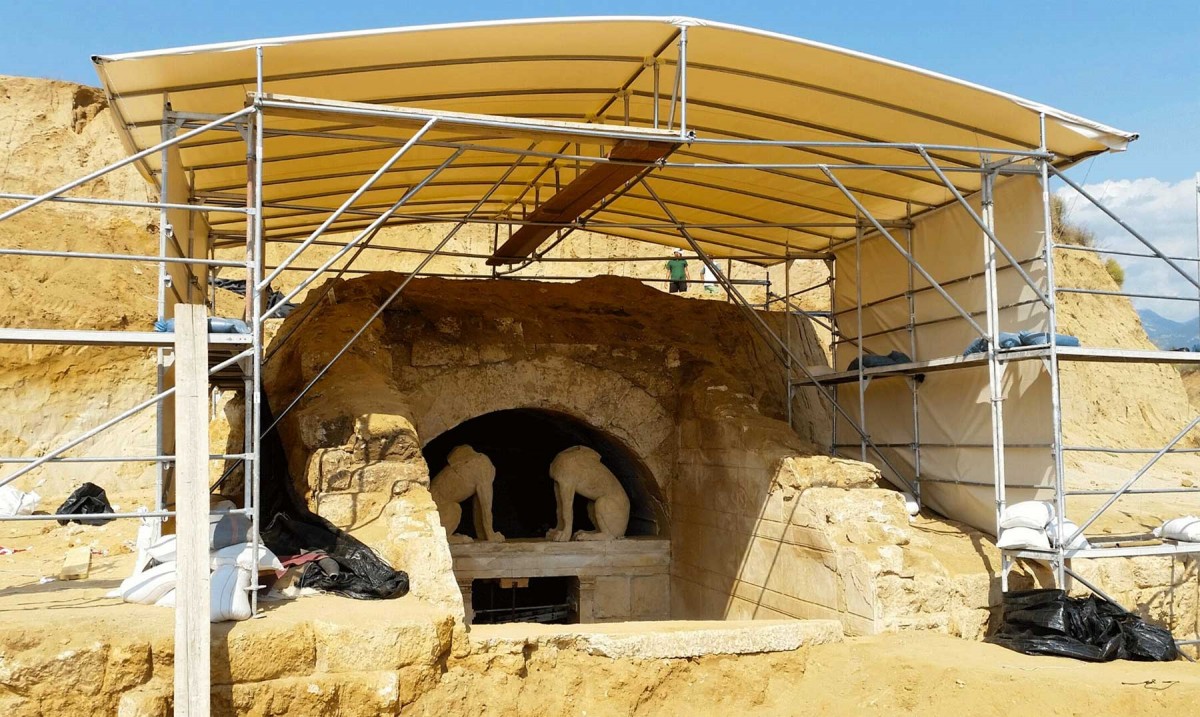 Pebbled and decorated with black and white square patterns

Pebbled and decorated with black and white square pattens. This is how one could describe the floor before the entrance to the tomb at Amphipolis according to the latest finds.

Archaeologists excavating the massive Macedonian style tomb have now fully revealed the monumental entrance to the building having also brought to light its floor, a latest report reveals. The floor, essentially a mosaic, covers the area central and just before the entrance: its while background is covered by square and rectangular patterns framed by a frieze full of rhomboid patterns. The facade itself demonstrates on its fresco a blue stripe that runs all along towards the side walls.

As the tomb’s inside is still covered by debris, the excavators will continue to remove it while restoration works will take place simoultaneously. In that framework, the monumental entrance with the Sphinxes has already been covered with a tent-like structure, while the site is to be refurbished so that the finds are protected and the people involved in the dig to have better working conditions. Finally, an interdisciplinary research team led by chief archaeologist Katerina Peristeri and consisting of a civil engineer, an architect, a topographer, a conservator and a geologists has been created, in order to technically support the research procedure lined up for the finds.