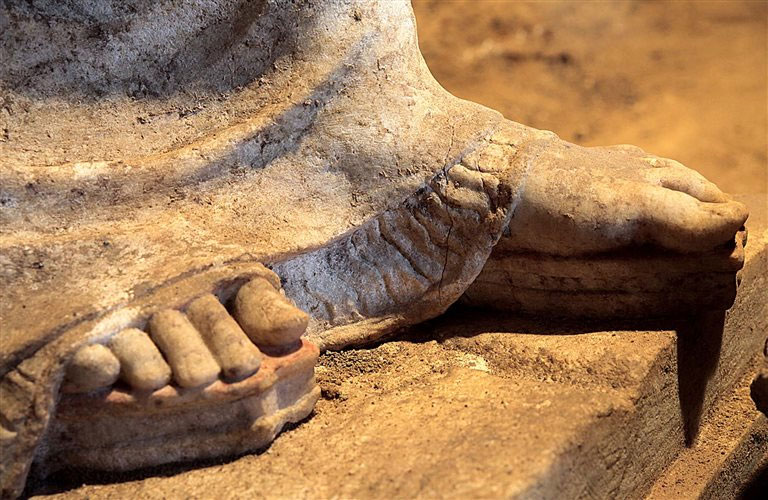 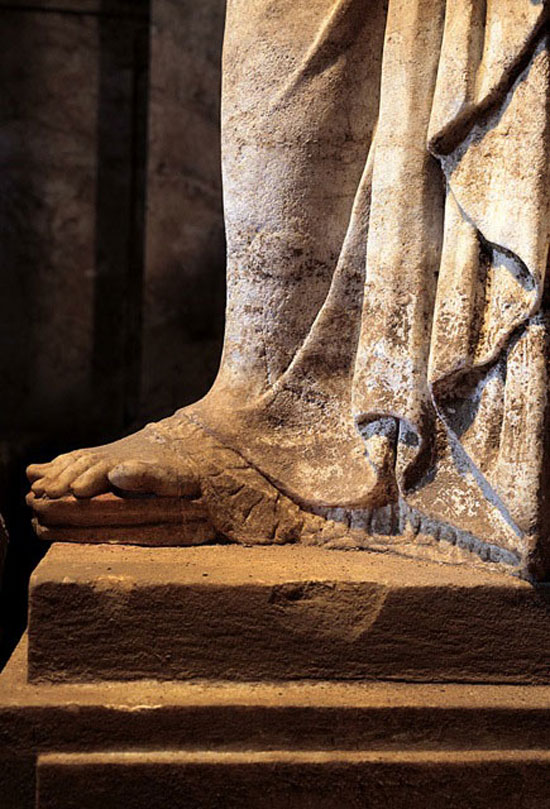 The Caryatids do not seize to amaze us

The Amphipolis Caryatids were fully uncovered revealing a height of 2.27 meters… Yesterda, Sept. 21, the Hellenic Ministry of Culture and Sports released full-body photos of the two statues.

Archaeologists removed three rows of limestone from the sealing wall and were able to reveal the two statues entirely.

The Caryatids are wearing long chitons and a long fringed richly draped himation. On their beautifully carved feet they are wearing kothornoi (platform shoes worn by ancient Greek actors to enhance their height on stage) decorated with red and yellow colour, traces of which are preserved.

The “guarding” statues stand on marble pedestals (1.33×0.68 m), which until now have been uncovered up to 0.30 m. The faces of the pedestals are decorated with the same patterns like the marble wall linings in all the rooms uncovered so far.

The distance between the two pedestals is 1.68 meters, the same length as the opening of the first wall where the Sphinxes are located.

Traces of red pigment are preserved on the pedestal of the Eastern Caryatid. Also, after removing the debris from the area around the two statues, archaeologists found sections of the Caryatids’ arms.

In the ongoing excavation, there is evidence of a fourth room lying beyond them. According to the press release of the Ministry, oxygen and monoxide measurements inside the chamber are at normal levels, with a high humidity index (87%) and temperature ranging between 21.5C and 22.70C.Support and other technical work is continuing.