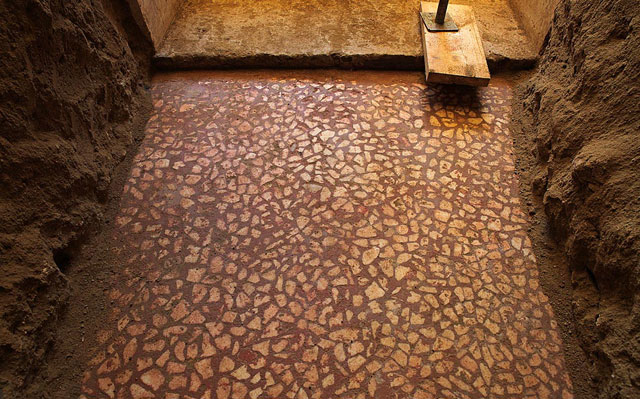 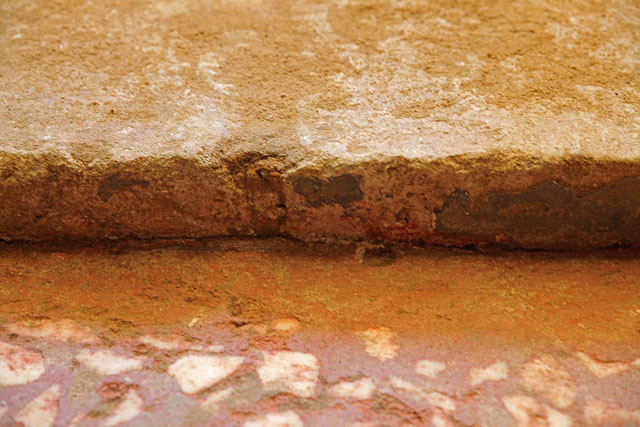 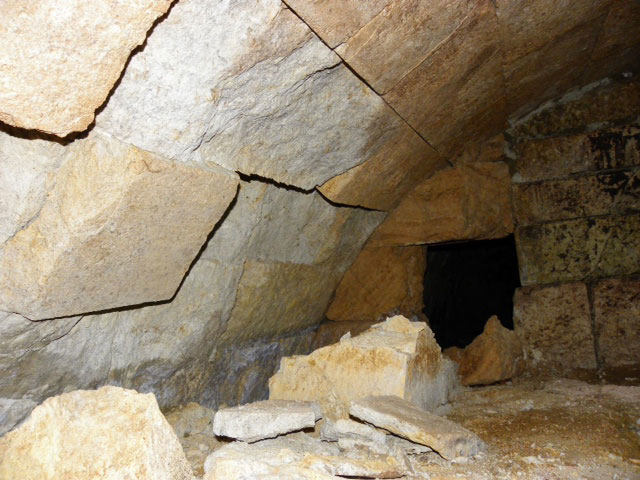 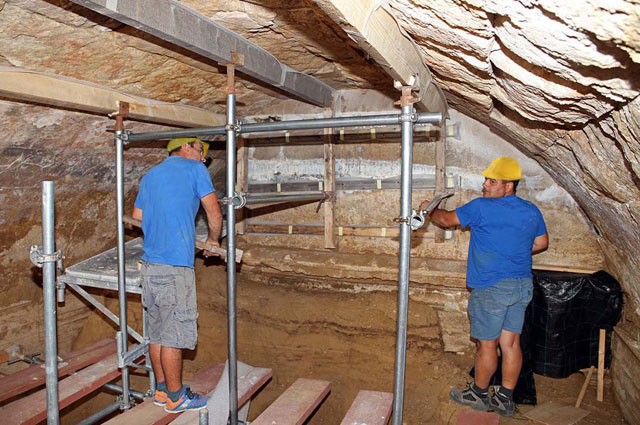 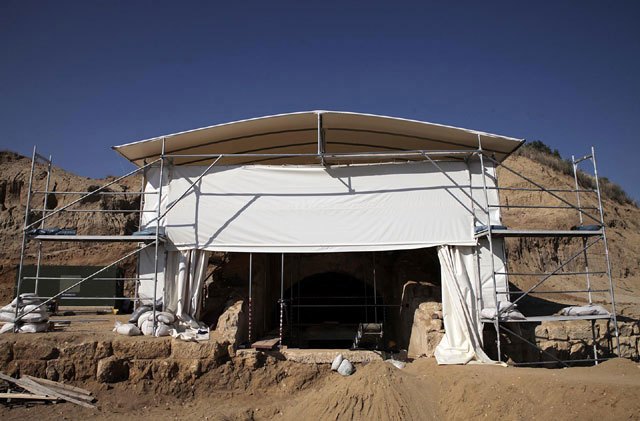 Α floor section was discovered as the excavation of the Ancient Amphipolis tomb continues. It was found in the antechamber behind the Sphinx wall. Apart from that the remains of a fresco with traces of blue colour were revealed on the first diaphragmatic wall behind the sphinxes.

The very well preserved floor section is made of irregular white marble pieces on red background.

Archaeologists say that all three chambers discovered behind the sealing wall, created by transverse diaphragmatic walls, had been filled with loose sand all the way up to the tholos at the time the tomb was sealed, with the diaphragmatic walls acting partly as support to contain the loose material.

Both the gap in the external sealing wall and the gaps in the diaphragmatic walls, possibly caused by the removal of stones or by failure to insert stones, appear to be part of the tomb-sealing process.

The discovery of the three walls along the tholos is another unique characteristic of the monument which is being revealed on Casta hill.

The first diaphragmatic wall after the entrance has been revealed up to the Ionic architrave, decorated with carved rosettes. At the eastern section of the architrave the upper part of a side pillar was revealed. The western section is missing.

The entrance leading to the monument’s next area is expected to be brought to light after the dirt has been removed. Works to protect the monument from unexpected weather conditions continue as channels are dug to guide rainwater away from the monument.