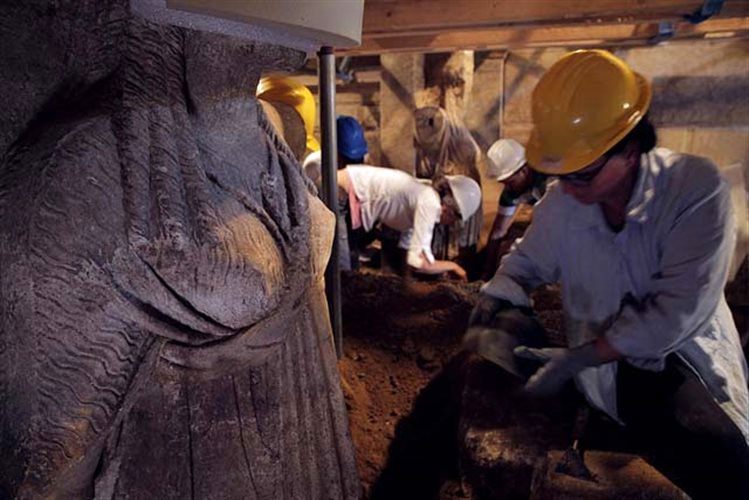 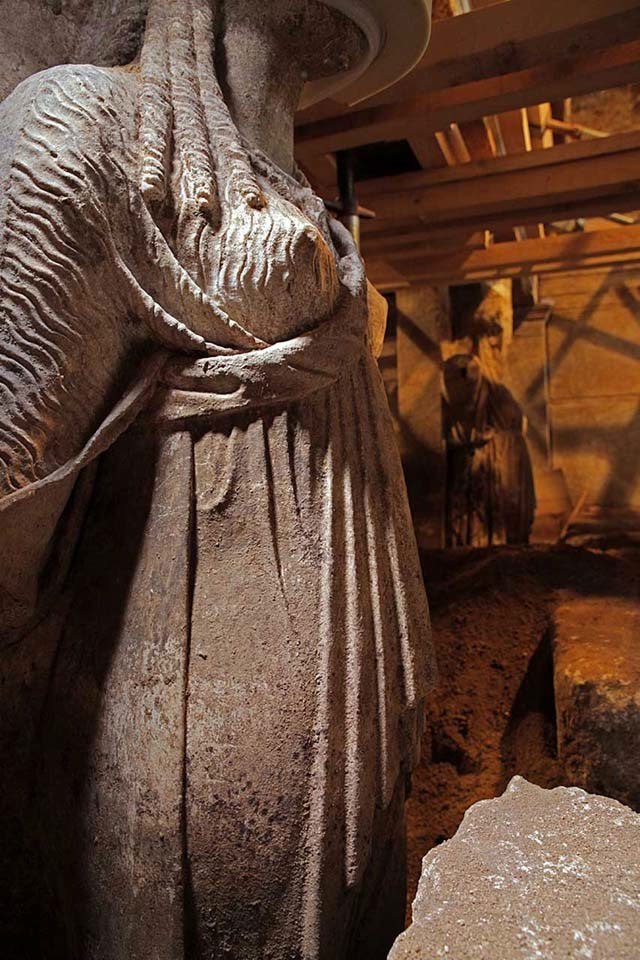 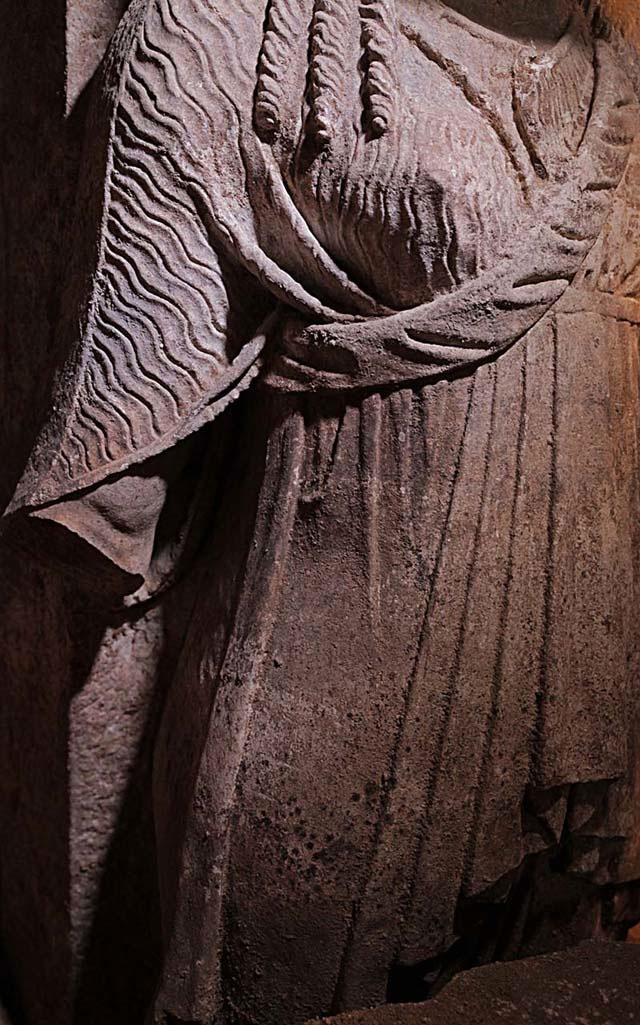 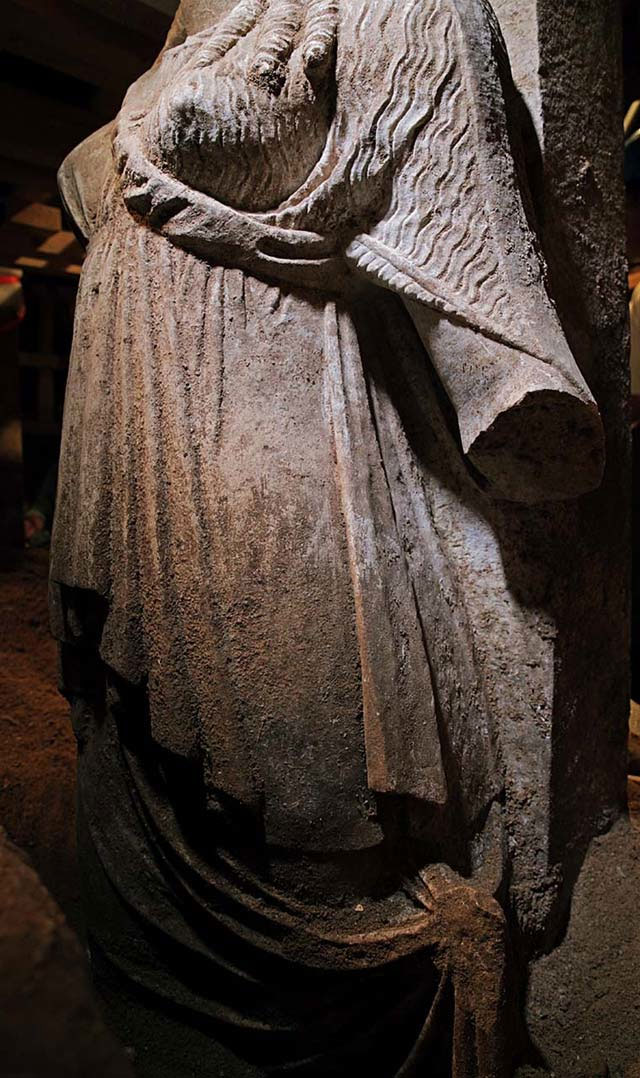 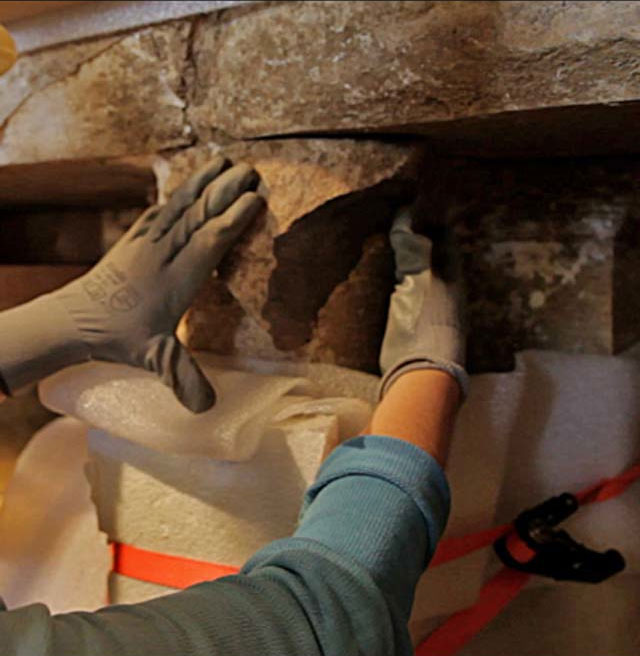 The Caryatids in all their grandeur and beauty

More of the sculptures has come to light

On Thursday, archaeologists of the 28th Ephorate of Prehistoric and Classical Antiquities working at the Amphipolis site (Kasta hill) revealed the bodies of the two life-sized Caryatids, whose heads came to light over the weekend (fig. 1).

The folds of their sleeved chitons are exceptionally crafted (fig. 2, 3). The caryatids seem to slightly lift their chitons with the corresponding hand (fig. 4).

Also part of the eastern Caryatid’s missing face and polos were located during the excavations and were attributed to the sculpture (fig. 5).

As there are no indications of lead mouldings the Amphipolis team has come to the conclusion that the inner arms of the two sculptures did not support the architrave (epistyle).

These findings came to light after the first block of the sealing wall in front of the caryatids was removed.

The removal of the debris has been carried on, in particular in front and behind the diaphragmatic wall with the caryatids. Up to the level of the marble roof, the two side walls are covered by marble jambs resembling the precinct wall. Also works for the buttressing of the monument in the space behind the caryatids continued.