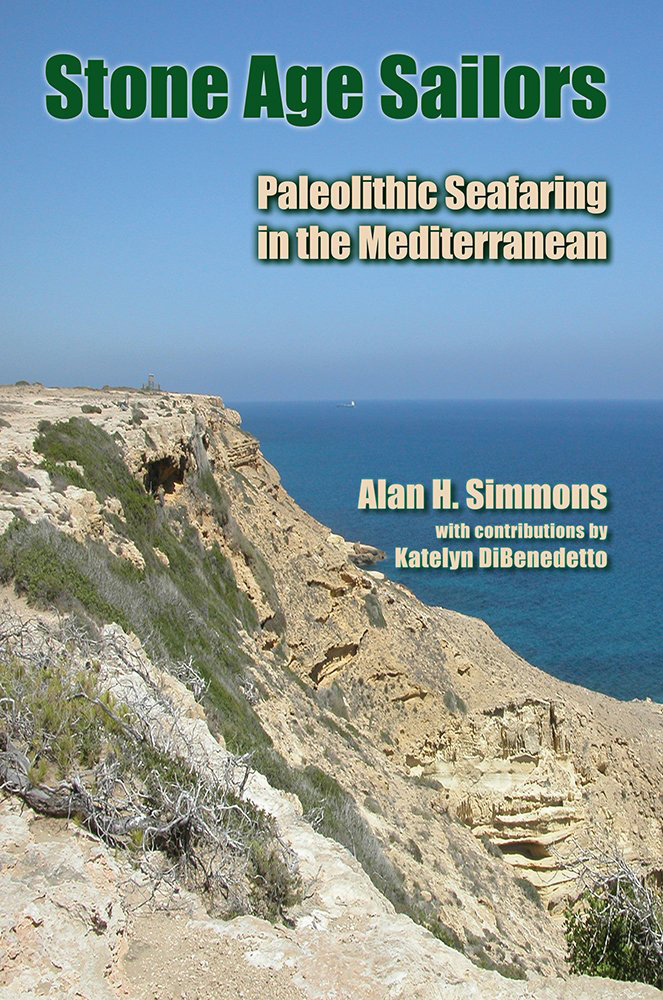 Over the past decade, evidence has been mounting that our ancestors developed skills to sail across large bodies of water early in prehistory. In this fascinating volume, Alan Simmons summarises and synthesizes the evidence for prehistoric seafaring and island habitation worldwide, then focuses on the Mediterranean. Recent work in Melos, Crete and elsewhere – as well as Simmons’ own work in Cyprus – demonstrate that long-distance sailing is a common Paleolithic phenomenon. His comprehensive presentation of the key evidence and findings will be of interest to both those interested in prehistory and those interested in ancient seafaring.

Alan H. Simmons is Distinguished Professor of Anthropology at the University of Nevada Las Vegas. He has excavated extensively in Cyprus, in the Middle East and in the American Southwest, including heading a long-term project at the prehistoric site of Akrotiri Aetokremnos on Cyprus. Simmons is author of half a dozen books and over 150 research papers and reports on the prehistory of the Eastern Mediterranean and the Near East. His book The Neolithic Revolution in the Near East won the G Ernest Wright Book Award of the American Schools for Oriental Research.

Katelyn DiBenedetto is a graduate student in anthropology at the University of Nevada Las Vegas.