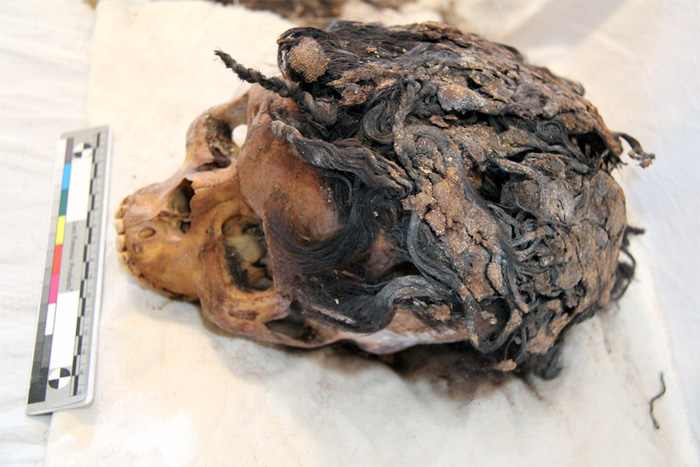 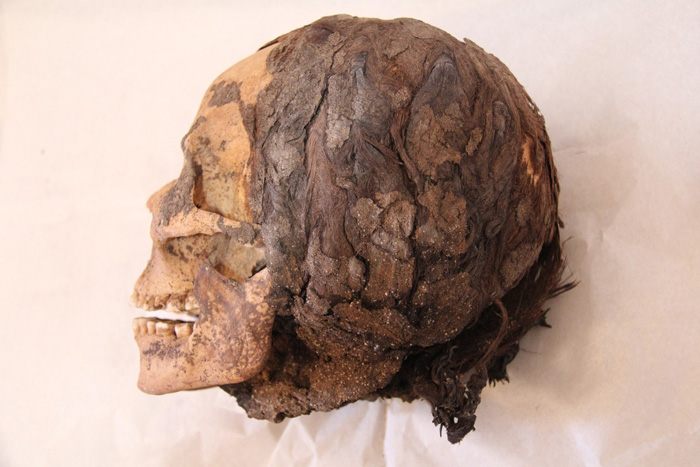 A 3,300-year-old Egyptian woman with 70 hair extensions, among the finds

Archaeologists have unearthed the remains of a woman with a well-preserved elaborate hairstyle of more than 70 hair extensions during the excavations at Tell el-Amarna in Egypt.

The woman was not mummified but simply wrapped in a mat. Her name and age are still unknown to researchers. However she is one of approximately 100 people whose remains were found in a cemetery near ancient Amarna. What’s interesting is that 28 of these 100 skulls still had hair.

One of the main research questions for the archaeologists working at the site is whether these people had their hair styled for their burial, as Jolanda Bos, an archaeologist working on the Amarna Project said. “The hair was most likely styled after death, before a person was buried. Is is also likely, however, that these hairstyles were used in everyday life as well and that the people in Amarna used hair extensions in their daily life” she added.

Other interesting hair styles were found at the Amarna cemetery, as hair formed into rings or coils around the ears, braids, dyed hair. Researchers are currently analysing the hair dye, but they assume that it comes from henna, a cosmetic hair dye used for 6,000 years.

This city was constructed as the new capital of Egypt by Pharaoh Akhenaten (reign ca. 1353-1335 B.C.). The city was dedicated to Akhenaten’s new religion of worship to Aten, a deity shaped as a sun disk. Akhenaten ordered that Amarna be constructed in the desert, at a virgin site. The name of the ciy comes from the Beni Amran tribe that lived in the region. Amarna was abandoned after Akhenaten’s death, when his son, King Tutankhamun, decided to leave the city and return to his birthplace in Thebes.