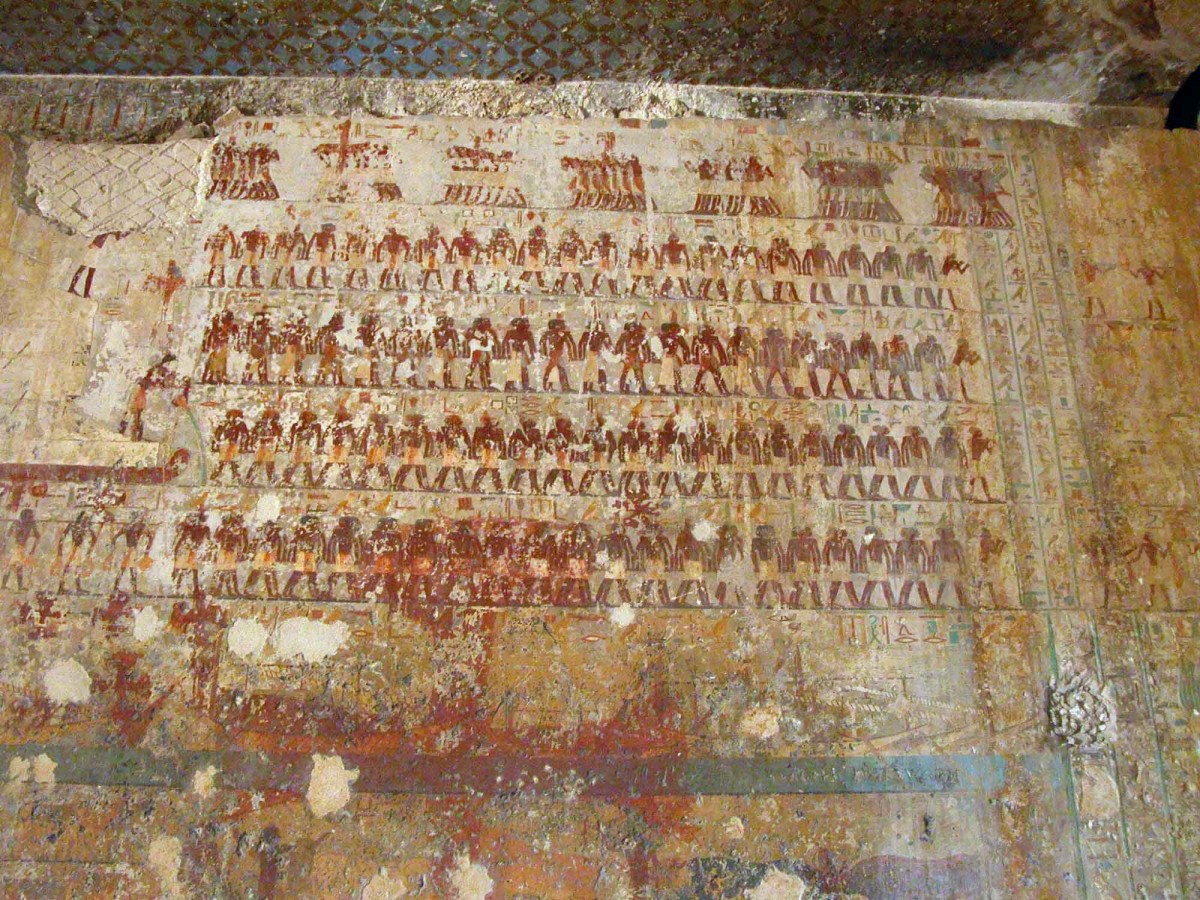 The tomb of Djehutyhotep in Deir el-Bersha, famous for its scene of a colossal statue being dragged by ropes, got looted ten days ago.

According to an Egypt’s heritage Task Force report, looters have hacked out the tomb’s unique scenes and may have proceeded to smuggle them.

Deir el-Bersha, situated on the east bank of the Nile just north of Tell el-Amarna, was the necropolis (cemetery) of the First Intermediate Period (about 2160-2040 BC) and Middle Kingdom (about 2040-1750 BC) governors of the Fifteenth Upper Egyptian province (or nome). Dating to the 12th Dynasty in the Middle Kingdom, the tomb was made for Djehutyhotep who served as the Nomarch (nome governor) of the Hare Nome (a prefecture within the Ancient Egyptian state) and is considered as Deir el Bersha’s most important funerary monument. The tomb has been known to the modern world since 1817, when the first drawings of some of its scenes also appeared. It is particularly renowned for the scene (now destroyed) of four teams of men dragging a huge statue of him. Having being repeatedly looted, it was published and restored by Egyptologist Percy Newberry at the end of the 19th century. Recent work on the site has been done by the Catholic University of Louvain mission. Several objects from the tomb are now in the Cairo, British and Metropolitan museums.