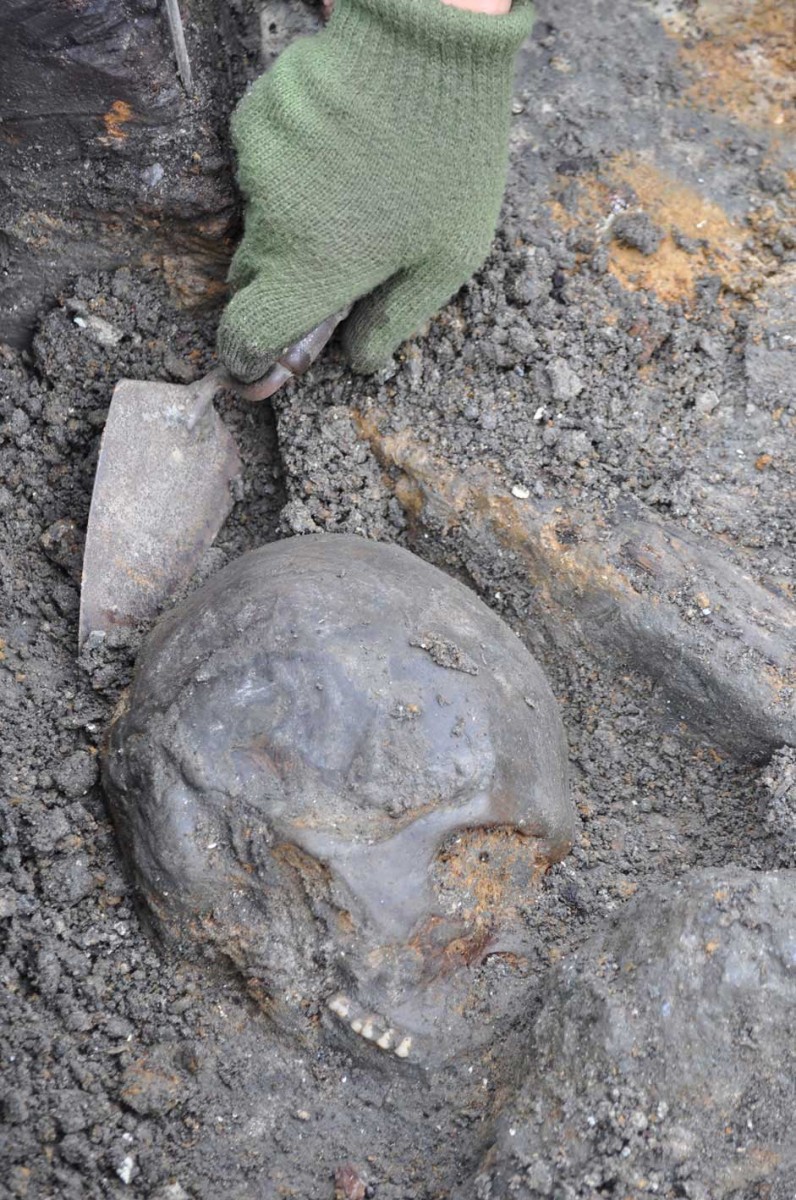 Agriculture was sweeping in from the Near East, bringing early farmers into contact with hunter-gatherers who had already been living in Europe for tens of thousands of years.

Genetic and archaeological research in the last 10 years has revealed that almost all present-day Europeans descend from the mixing of these two ancient populations. But it turns out that’s not the full story.

Researchers at Harvard Medical School and the University of Tübingen in Germany have now documented a genetic contribution from a third ancestor: Ancient North Eurasians. This group appears to have contributed DNA to present-day Europeans as well as to the people who travelled across the Bering Strait into the Americas more than 15,000 years ago.

“Prior to this paper, the models we had for European ancestry were two-way mixtures. We show that there are three groups,” said David Reich, professor of genetics at HMS and co-senior author of the study.

“This also explains the recently discovered genetic connection between Europeans and Native Americans,” Reich added. “The same Ancient North Eurasian group contributed to both of them.”

The research team also discovered that ancient Near Eastern farmers and their European descendants can trace much of their ancestry to a previously unknown, even older lineage called the Basal Eurasians.

The study was published online Sept. 17 in Nature.

Peering into the past

To probe the ongoing mystery of Europeans’ heritage and their relationships to the rest of the world, the international research team—including co-senior author Johannes Krause, professor of archaeo- and paleogenetics at the University of Tübingen and co-director of the new Max Planck Institute for History and the Sciences in Jena, Germany—collected and sequenced the DNA of more than 2,300 present-day people from around the world and of nine ancient humans from Sweden, Luxembourg and Germany.

The ancient bones came from eight hunter-gatherers who lived about 8,000 years ago, before the arrival of farming, and one farmer from about 7,000 years ago.

The researchers also incorporated into their study genetic sequences previously gathered from ancient humans of the same time period, including early farmers such as Ötzi “the Iceman.”

“There was a sharp genetic transition between the hunter-gatherers and the farmers, reflecting a major movement of new people into Europe from the Near East,” said Reich.

Lazaridis added, “The Ancient North Eurasian ancestry is proportionally the smallest component everywhere in Europe, never more than 20 percent, but we find it in nearly every European group we’ve studied and also in populations from the Caucasus and Near East. A profound transformation must have taken place in West Eurasia” after farming arrived.

When this research was conducted, Ancient North Eurasians were a “ghost population”—  an ancient group known only through the traces it left in the DNA of present-day people. Then, in January, a separate group of archaeologists found the physical remains of two Ancient North Eurasians in Siberia. Now, said Reich, “We can study how they’re related to other populations.”

The team was able to go only so far in its analysis because of the limited number of ancient DNA samples. Reich thinks there could easily be more than three ancient groups who contributed to today’s European genetic profile.

He and his colleagues found that the three-way model doesn’t tell the whole story for certain regions of Europe. Mediterranean groups such as the Maltese, as well as Ashkenazi Jews, had more Near East ancestry than anticipated, while far northeastern Europeans such as Finns and the Saami, as well as some northern Russians, had more East Asian ancestry in the mix.

The most surprising part of the project for Reich, however, was the discovery of the Basal Eurasians.

“This deep lineage of non-African ancestry branched off before all the other non-Africans branched off from one another,” he said. “Before Australian Aborigines and New Guineans and South Indians and Native Americans and other indigenous hunter-gatherers split, they split from Basal Eurasians. This reconciled some contradictory pieces of information for us.”

Next, the team wants to figure out when the Ancient North Eurasians arrived in Europe and to find ancient DNA from the Basal Eurasians.

“We are only starting to understand the complex genetic relationship of our ancestors,” said co-author Krause. “Only more genetic data from ancient human remains will allow us to disentangle our prehistoric past.”

“Ancient DNA sequencing is a powerful technology that allows you to go back to the places and periods where important demographic events occurred,” he said. “It’s a great new opportunity to learn about human history.”