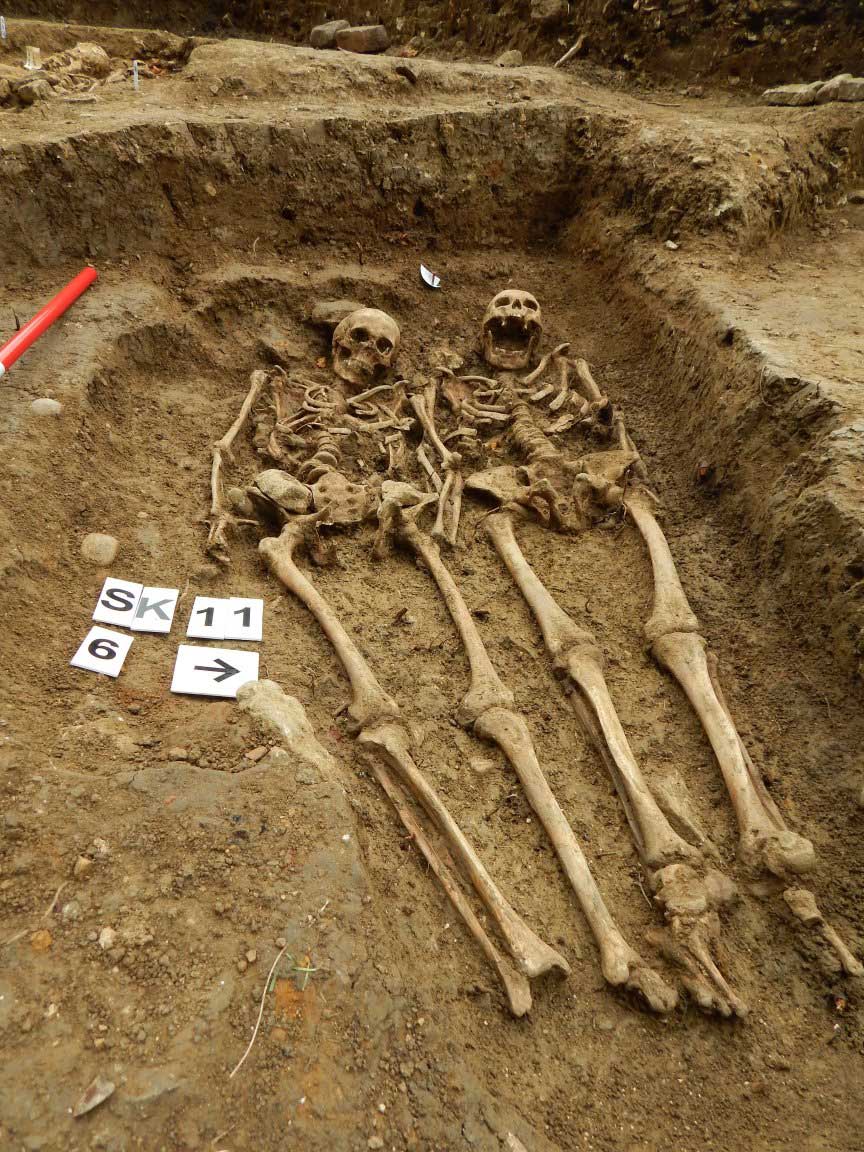 A love story 700 years in the making

Skeletons holding hands at the Chapel of St Morrell in Leicestershire

The marital vows ’till death do us part’ do not seem to apply to two skeletons unearthed by archaeologists from the University of Leicester Archaeological Services (ULAS) at the ‘lost’ Chapel of St Morrell in Leicestershire, who have been found content and still holding hands after 700 years of being buried together.

The happy couple, who appear to be maintaining their toothy grins, were discovered as part of an excavation project by ULAS working with the Hallaton Fieldwork Group (HFWG), which has also revealed the full plan of the chapel as well as the cemetery and evidence that the hillside has been used since at least the Roman period.

A total of 11 skeletons have been excavated so far. The excavations have also identified the walls and tiled floor of the chapel as well as fragments of stone masonry, wall plaster, tiles and lead from the windows. A number of silver pennies dating between the 12th-16th centuries have also been found on the site indicating when the chapel was in use.