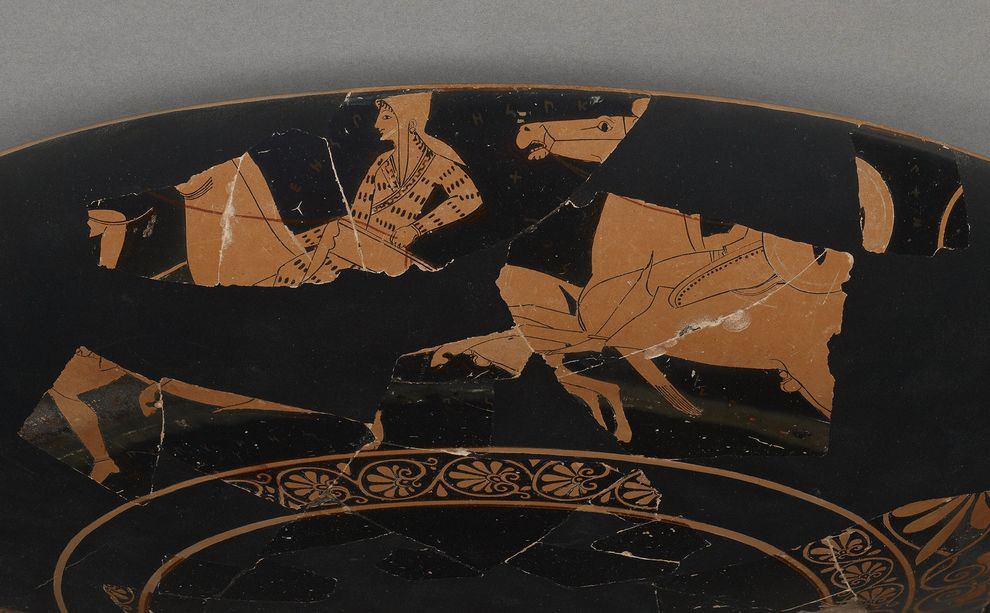 Making sense of nonsense inscriptions associated with Amazons and Scythians

The study “Making sense of nonsense inscriptions associated with Amazons and Scythians on Athenian vases” to be published in the journal Hesperia (issue 83.3) translates Greek inscriptions into their phonetic sounds for 12 ancient vases from Athens. The inscriptions appear next to scenes of Amazons fighting, hunting, or shooting arrows.

According to lead author Adrienne Mayor, linguist of Canada’s McMaster University in Hamilton John Colarusso, and J. Paul Getty Museum assistant curator David Saunders more than 2,000 “nonsense” inscriptions appear on ancient Greek vases. The hypothesis of their survey was whether some of these inscriptions (which do not seem to make sense in Greek) associated with depictions of Scythians (loosely connected, culturally similar peoples of the Black Sea – Caucasus region) and Amazons do make sense as phonemes of foreign languages spoken by the Scythians.

After analyzing the linguistic patterns of these “nonsense” inscriptions on Greek vases dating from 550 BC to 450 BC and featuring Scythians and Amazons, the authors of the study were able to decipher some puzzling inscription words as appropriate names and words in ancient forms of “barbarian” languages spoken in the Caucasus region.

“This new linguistic approach sheds light on Greco-Scythian relations, literacy, bilingualism, iconography, and ethnicity” as mentioned in the abstract of a previous version of the paper (version 2.0, July 2012).

Among other names attributed to Amazons, there were some with erotic connotations, such as Hot Flanks, which was deciphered on a Tyrrhenian black figure vase in the Louvre (Tyrrhenian Group, ca 550 BC). This vase (dinos) features Heracles, Telamon, and other Greek warriors battling Amazons. The warriors are all labeled with names. As the authors of the study explain, “seven of the names of the Amazons are believed by vase experts Beazley and von Bothmer to be ancient, original, and unrestored: [An]dromache ‘Manly Fighter’), Toxophile (‘Loves Arrows’), Pisto (‘Trustworthy’); Glauke (‘Blue-Gray Eyes’), Hegeso (‘Leader, Chief’), Kleptoleme (‘Thief’), and Kepes. ΚΕΠΕΣ, Kepes, is a non-Greek name. The phonemes sound like an ancient form of Circassian. If the name is Circassian, the meaning would be something like ‘Hot Flanks/Enthusiastic Sex.’ Notably, Amazon encounters on vases were often eroticized”.