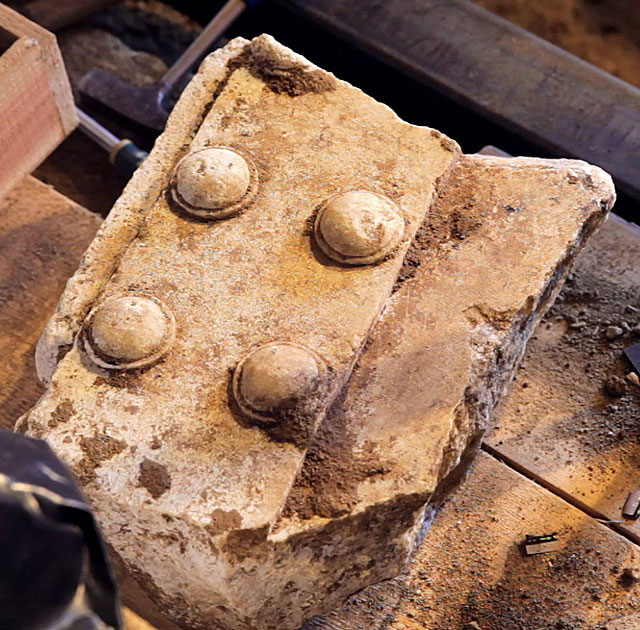 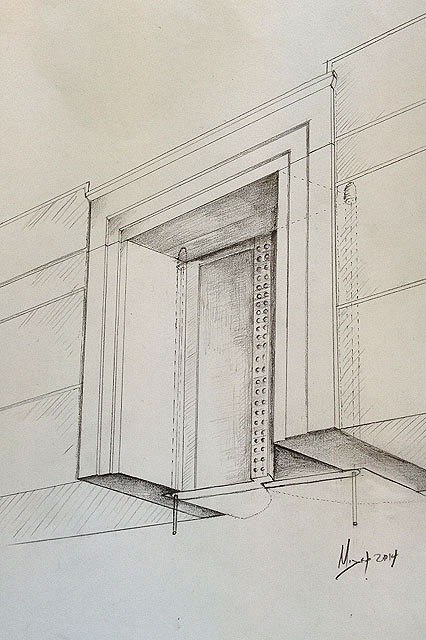 In front of the marble door

During the ongoing excavations at the Amphipolis tomb works this week have focused on the space behind the two Caryatids, who were recently entirely revealed. After the debris was removed, on Wednesday parts of a marble “typical for Macedonian tombs” door came to light. The door is made of Thasian marble, like the rest of the burial monument, with studs imitating heads of nails, a common feature for wooden doors. At the frame a pivot stone was found, e.g. the point where the door hangs from the anta.

During the excavations, the rest of the side walls also came to light – with the marble revetment to be found on the whole monument. Finally, in front of the door and behind the Caryatids bronze and iron nails were found, which do not necessarily indicate a “stretcher”, as archaeologists stressed.