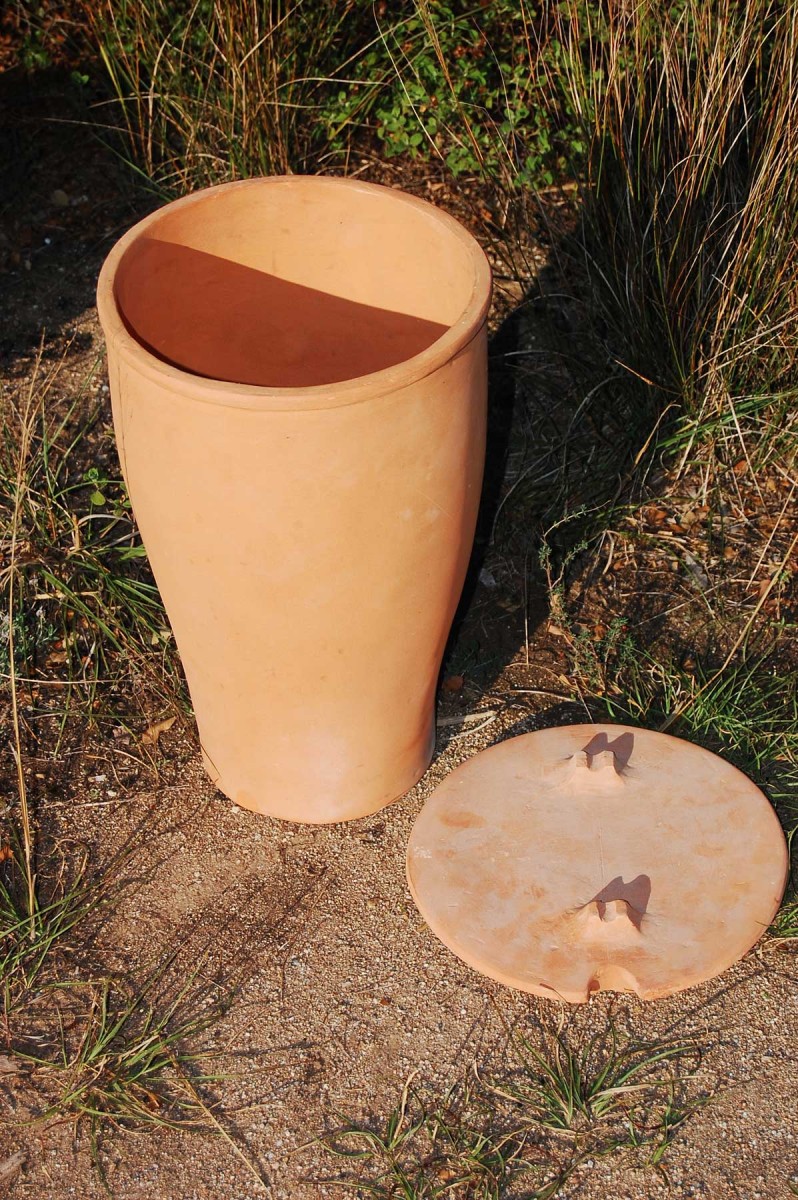 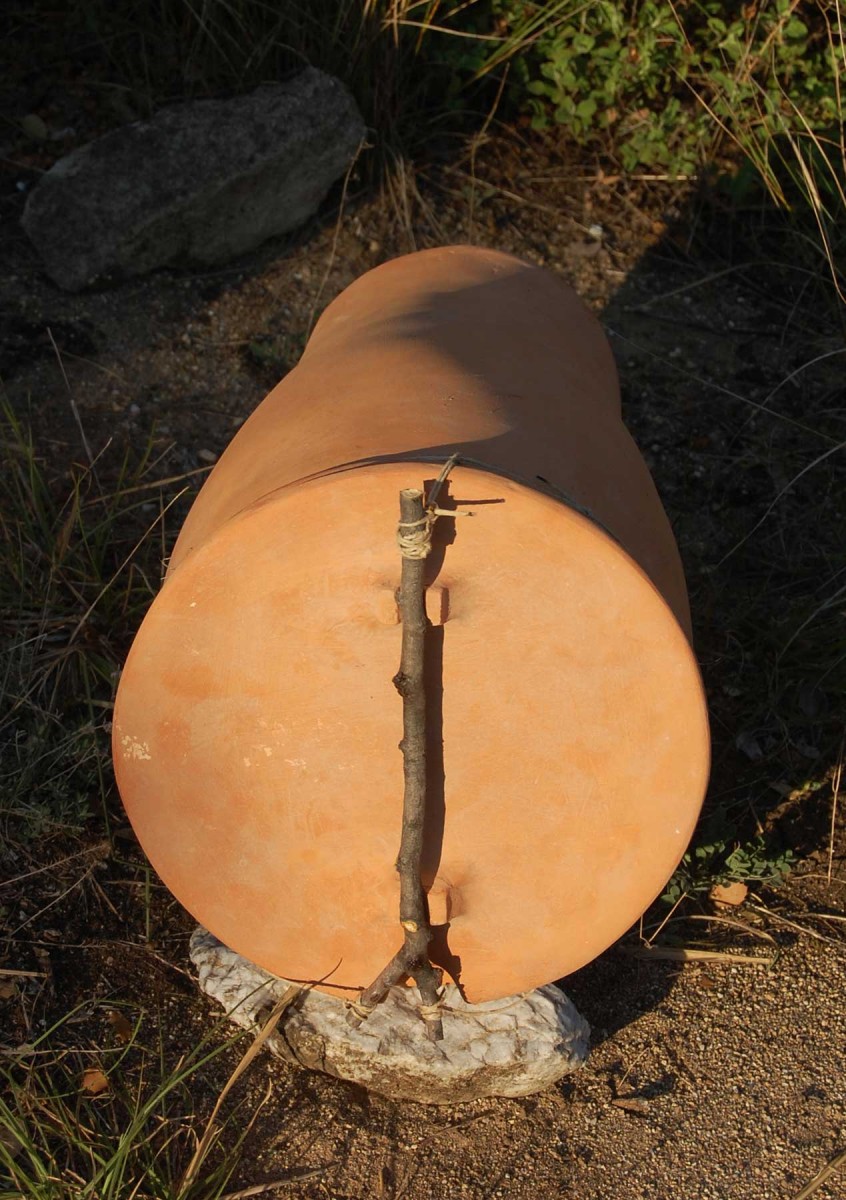 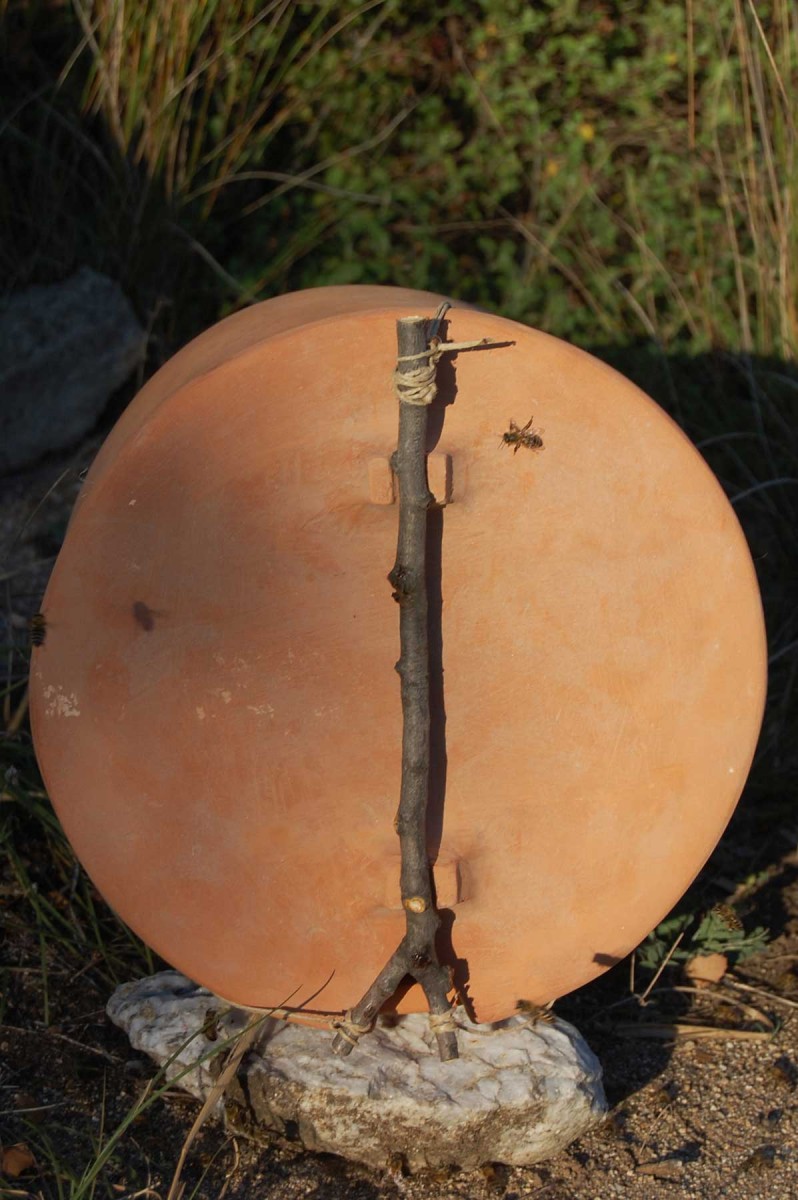 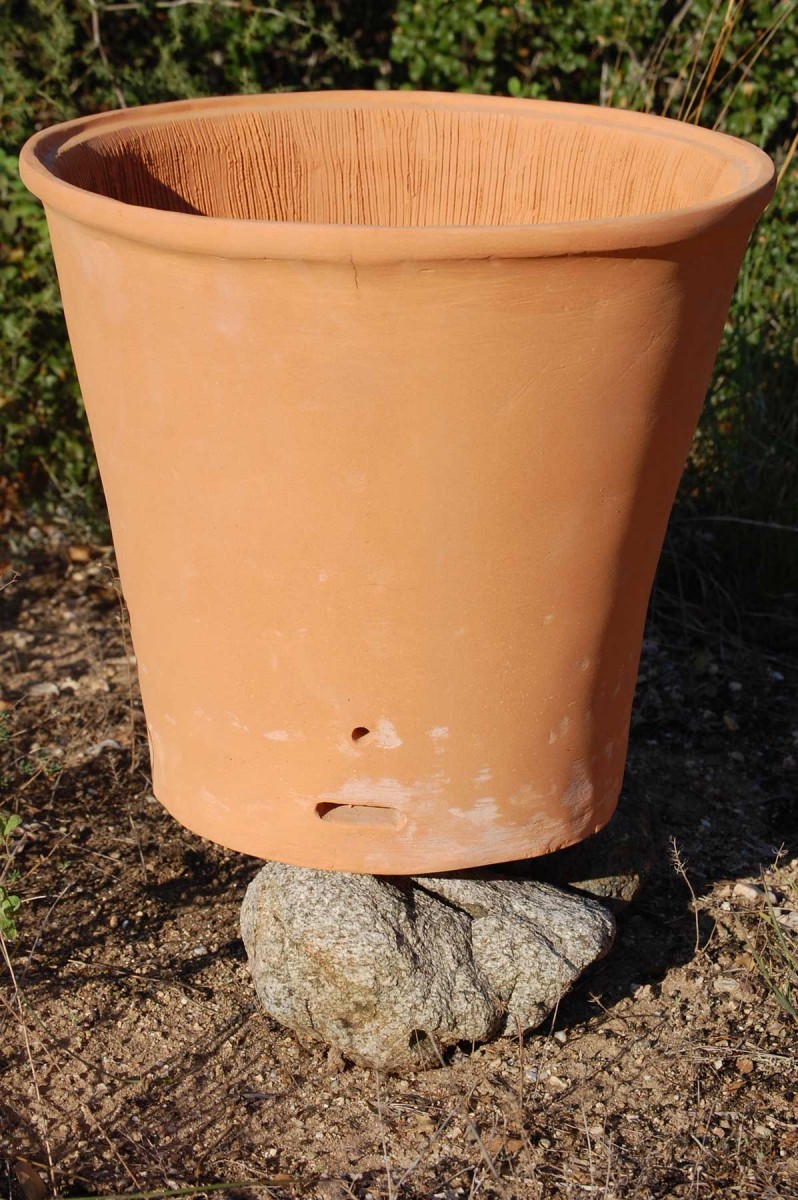 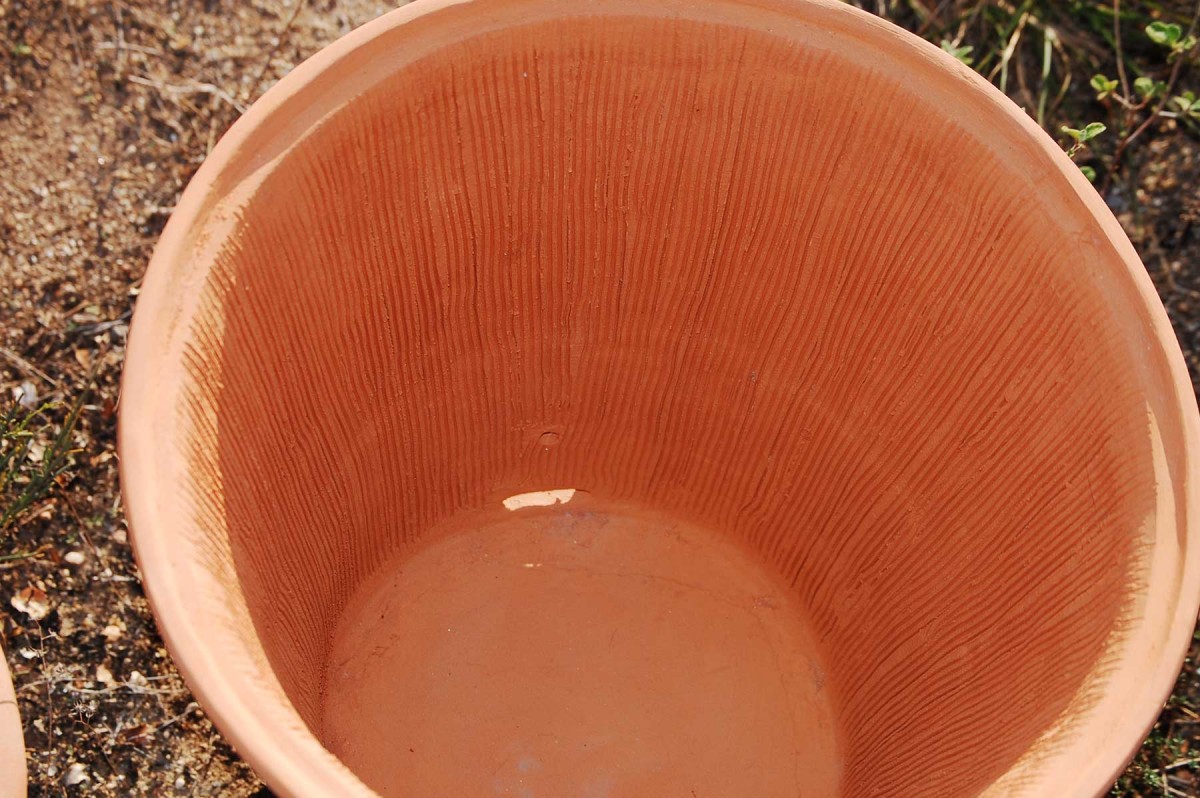 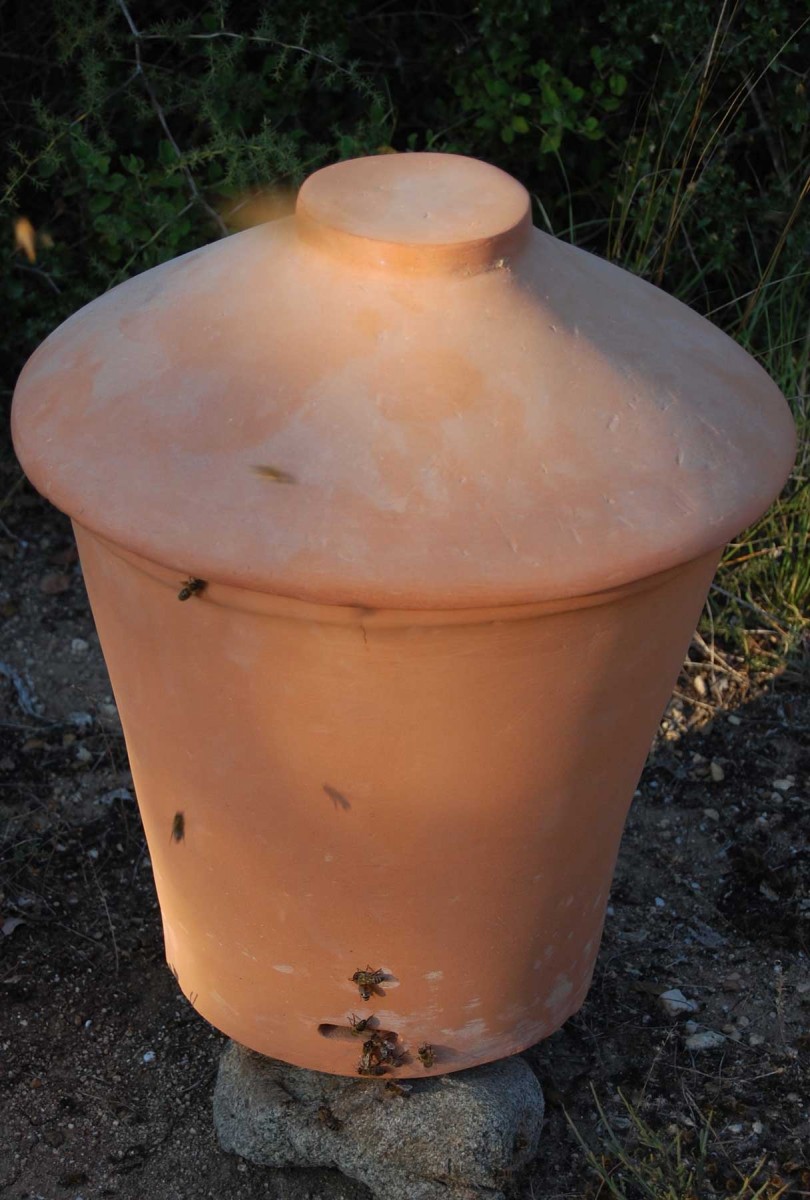 Construction and control of their colonies’ homeostasis

“The construction of two copies of ancient Greek clay beehives and the control of their colonies’ homeostasis” will be presented by Katerina Kalogirou (Departure of History and Archaeology, School of Philosophy, Aristotle University of Thessaloniki, Greece) and Alexandos Papachristoforou (Laboratory of Animal Physiology, Sector of Zoology, Department of Biology, Aristotle University of Thessaloniki, Greece / 3 Department of Agricultural Sciences, Biotechnology and Food Science, Cyprus University of Technology) during the apiculture-symposium to be held this week on Syros.

“At the present study, we created two clay beehives, copied from two ancient Greek hives found in excavations” K. Kalogirou and A. Papachristoforou explain in the abstract of their paper. “The horizontal type was found in Vari Attica, dated to the 5th century B.C. It is cylindrical and the mouth diameter is bigger than the base diameter. The clay lid is placed on the front, and allows the observation and the honey harvest from the inlet face. The length is about 0.42 m., and the diameter of the rim and lid is 0.35 m.

“The second beehive, the vertical hive shaped like Kalathos, has also a smaller base diameter than the mouth, and the projecting profile of the rim enables the lid to cover the hive. The entrance for the honeybees is located at the lower body. These hives are dated in the late 3rd century B.C. and the famous example, the ΟΡΕΣΤΑΔΑ hive, was found in Isthmia. The height is 0.30 m., the rim diameter 0.34 m., and the base is 0.23 m. The square entrance has an openingof 0.05 m.

“Beyond of the reconstruction of the ancient hives, we intended to study the development of the installed colonies and compare different biological and behaviouralfactors with colonies in modern hives. Two colonies with a population of about 10,000honeybees each were settled in clay beehives. For the control, a colony of equal strength was used, settled ina wooden Langstroth beehive. During our preliminary studies, we recorder brood and population area temperatures, by using the BARIONET recording system (accuracy ± 0,1C). Sensors, also recording the relative humidity, were adjusted at the middle of brood area and between the two external frames, covered by honeybees. The results showed that brood temperature was stable, presenting no differencebetween the three types of hives, while the peripheral temperature was slightly higher in the clay hives. The relative humidity did not differ between the vertical clay and wooden beehive, but was significantly higher at the horizontal clay hive.”