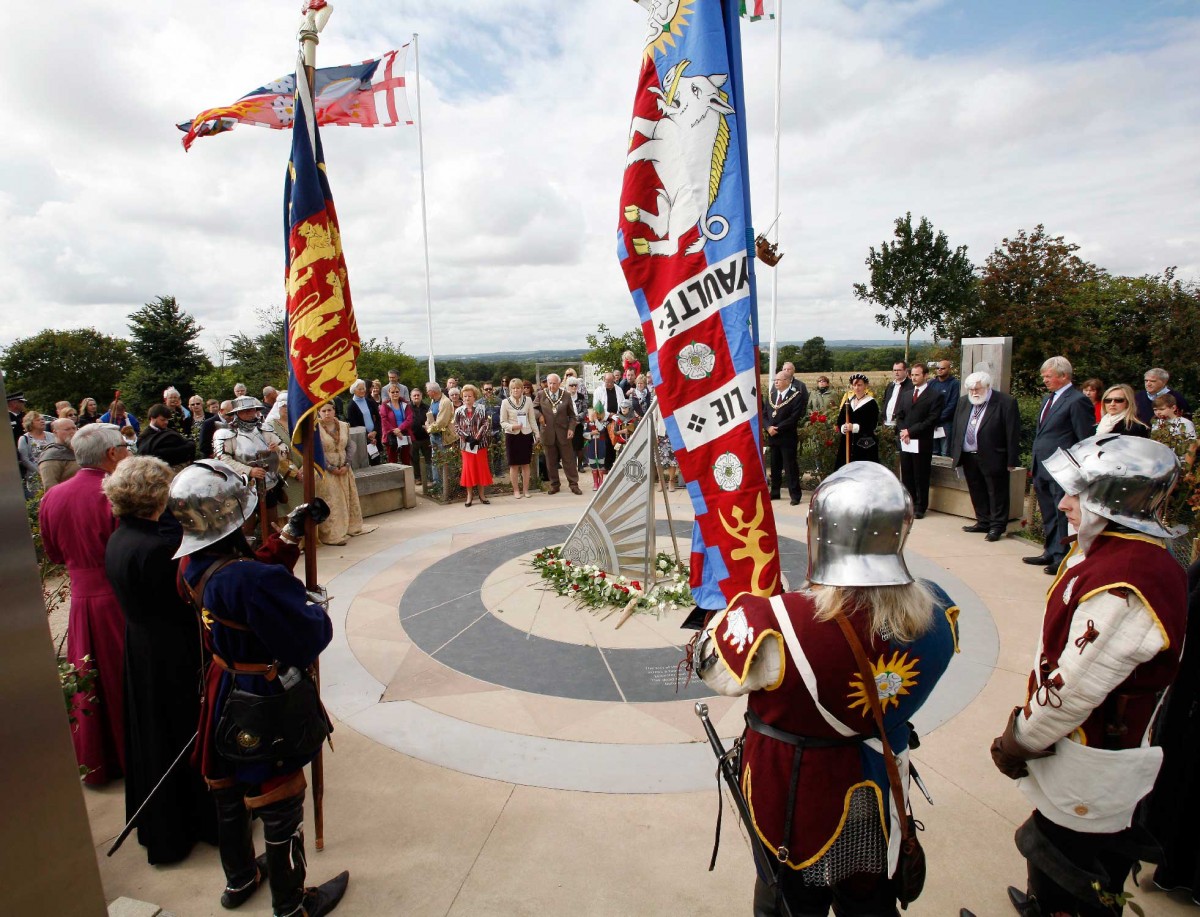 The route is announced

The route for the cortege which will transport the mortal remains of King Richard III from the University of Leicester, via Bosworth Battlefield Heritage Centre to Leicester Cathedral next March, has been announced.

The remains of the King have been held securely at the University of Leicester, following their discovery under a car park in Leicester in August 2012.

On Sunday 22nd March 2015, a hearse will leave the University of Leicester during the late morning and travel to Fenn Lane Farm, reputedly the site of King Richard’s death, before moving on to nearby village parish churches of Dadlington and Sutton Cheney.

The cortege will visit Dadlington as some of the battle-dead are buried in the churchyard of St James’ the Greater. Sutton Cheney has been chosen because it is believed that King Richard took his final Mass at St James’ church on the eve of the battle.

The Bishop of Leicester, the Rt Revd Tim Stevens, will then lead a short ceremony at the Bosworth Battlefield Heritage Centre in the early afternoon. The cortege will then go on to Market Bosworth, Newbold Verdon and Desford as it makes its way back to Leicester.

A spokesman for the Leicester Cathedral Quarter Partnership Board said: “We are now working closely with partners in the district and the parishes to plan the detail of how the passing of the cortege will be marked.”

The King’s mortal remains will re-enter the City of Leicester in mid-afternoon at Bow Bridge, where they will be greeted by the City Mayor, Sir Peter Soulsby, and the Lord Mayor, Councillor John Thomas.

A horse-drawn hearse will then be used to complete the final section of the King’s journey from Bow Bridge through the city centre to the Cathedral, where The Dean of Leicester, the Very Revd David Monteith, will meet the coffin when it arrives at the Cathedral just before 6pm.

King Richard’s coffin will be carried into the Cathedral for an evening service of Compline, at which the Catholic Archbishop of Westminster, Cardinal Vincent Nichols, will preach the sermon.

King Richard’s remains will lie in repose within the Cathedral on Monday, Tuesday and Wednesday, during which time members of the public will be invited to visit the Cathedral to pray and pay their respects. The re-burial service will take place on Thursday 26th March, bringing to an end the remarkable journey of the last Plantagenet king