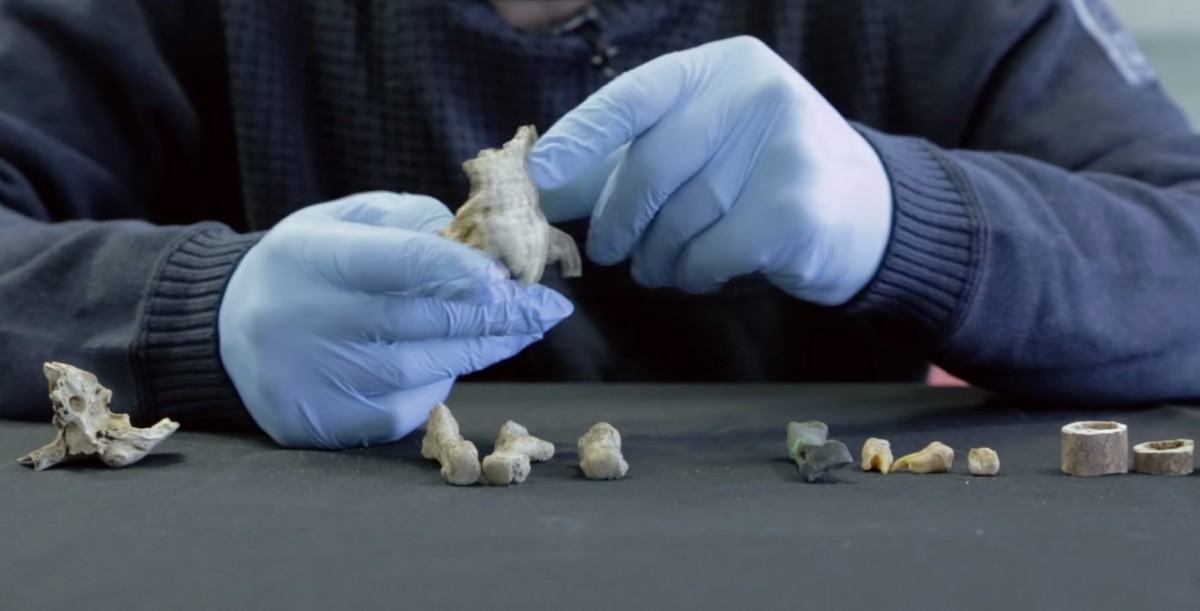 for 5,000 years after they adopted agriculture

By analysing DNA extracted from the petrous bones of skulls of ancient Europeans, scientists have identified that these peoples remained intolerant to lactose (natural sugar in the milk of mammals) for 5,000 years after they adopted agricultural practices and 4,000 years after the onset of cheese-making among Central European Neolithic farmers.

The findings published in the scientific journal Nature Communications (21 October) also suggest that major technological transitions in Central Europe between the Neolithic, Bronze Age and Iron Age were also associated with major changes in the genetics of these populations.

For the study, the international team of scientists examined nuclear ancient DNA extracted from thirteen individuals from burials from archaeological sites located in the Great Hungarian Plain, an area known to have been at the crossroads of major cultural transformations that shaped European prehistory. The skeletons sampled date from 5,700 BC (Early Neolithic) to 800 BC (Iron Age).

It took several years of experimentation with different bones of varying density and DNA preservation for the scientists to discover that the inner ear region of the petrous bone in the skull, which is the hardest bone and well protected from damage, is ideal for ancient DNA analysis in humans and any other mammals.

Petrous comes from the Latin word petrosus, meaning “stone-like, hard”. It is the very dense, hard portion of the temporal bone that forms a protective case for the inner ear. One of the body’s most dense bones, it is pyramidal and is wedged in at the base of the skull between the sphenoid and occipital bones.

According to Professor Ron Pinhasi from the UCD Earth Institute and UCD School of Archaeology, University College Dublin, the joint senior author on the paper, “the high percentage DNA yield from the petrous bones exceeded those from other bones by up to 183-fold. This gave us anywhere between 12% and almost 90% human DNA in our samples compared to somewhere between 0% and 20% obtained from teeth, fingers and rib bones”.

According to Dr Cristina Gamba, the first author on the paper, “these exceptionally high percentage DNA yields from ancient remains represent a step change in the ancient DNA field.”  It is now possible for scientists to systematically analyse a series of skeletons from the same region and check for known genetic markers including lactose intolerance.

“Our findings show progression towards lighter skin pigmentation as hunter and gatherers and non-local farmers intermarried, but surprisingly no presence of increased lactose persistence or tolerance to lactose” adds Professor Pinhasi.

“This means that these ancient Europeans would have had domesticated animals like cows, goats and sheep, but they would not yet have genetically developed a tolerance for drinking large quantities of milk from mammals,” he says.

According to Professor Dan Bradley from the Smurfit Institute of Genetics, Trinity College Dublin, co-senior author on the paper, “our results also imply that the great changes in prehistoric technology including the adoption of farming, followed by the first use of the hard metals, bronze and then iron, were each associated with the substantial influx of ,new people. We can no longer believe these fundamental innovations were simply absorbed by existing populations in a sort of cultural osmosis.”