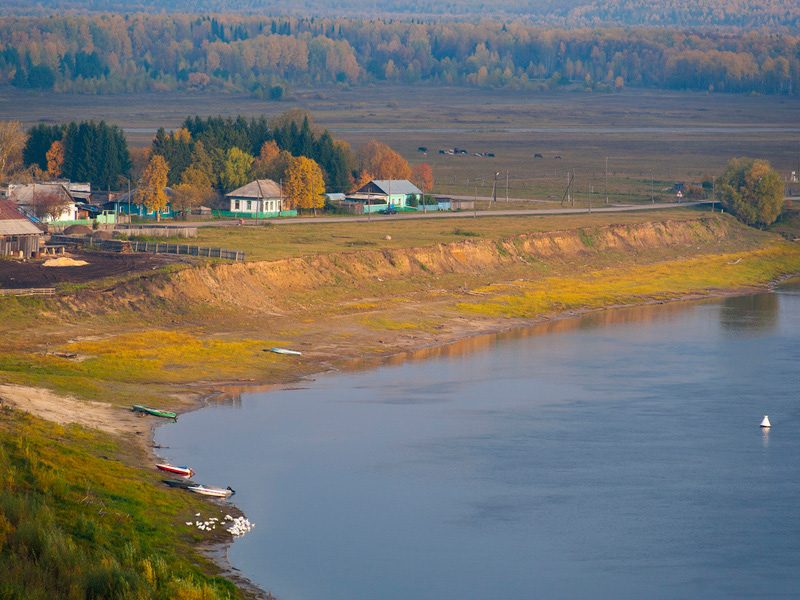 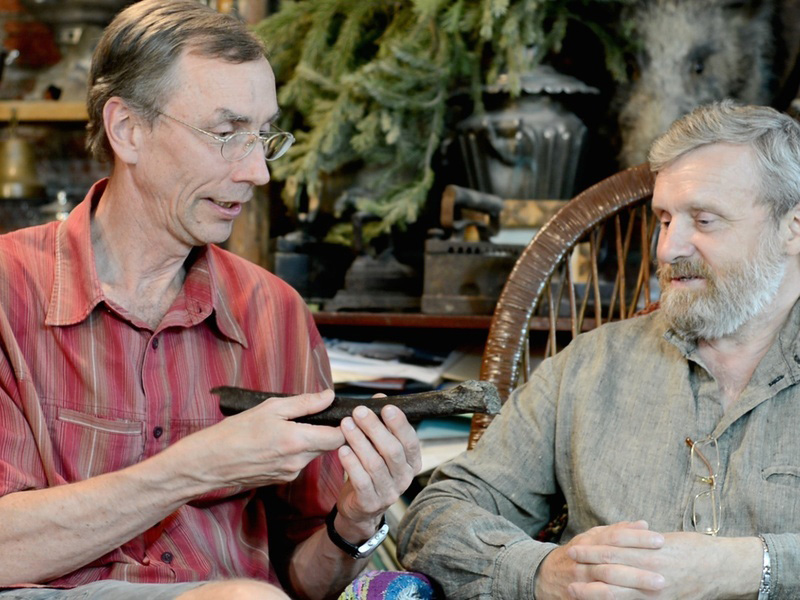 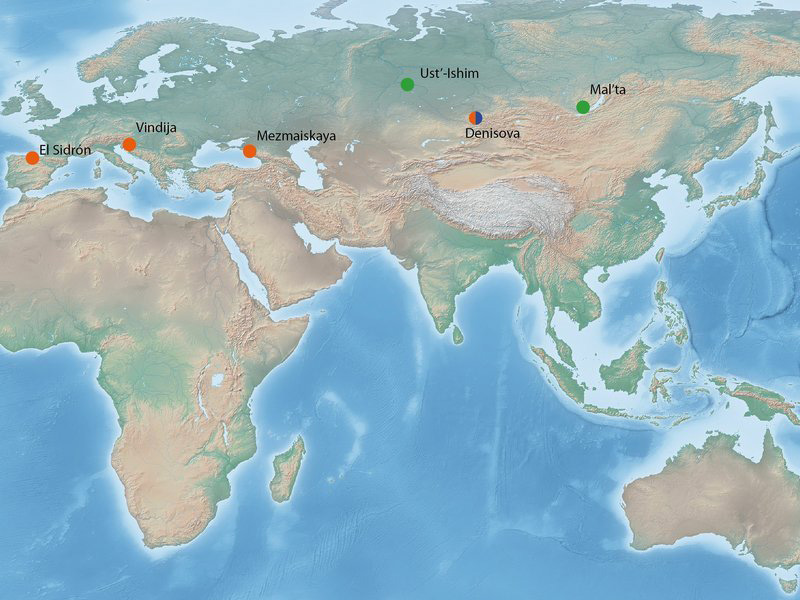 Researchers discover fragments of Neandertal DNA in the genome of a 45,000-year-old modern human from Siberia.

A research team led by Svante Pääbo of the Max Planck Institute for Evolutionary Anthropology in Leipzig, Germany, has sequenced the genome of a 45,000-year-old modern human male from western Siberia. The comparison of his genome to the genomes of people that lived later in Europe and Asia show that he lived close in time to when the ancestors of present-day people in Europe and eastern Asia went different ways. Like all present-day people outside Africa the Ust’-Ishim man carried segments of Neandertal DNA in his genome. But these segments were much longer than the ones found in present-day humans and indicate that the admixture with Neandertals took place between 50,000 and 60,000 years ago.

In 2008, a relatively complete human femur was discovered on the banks of the river Irtysh near the village of Ust’-Ishim in western Siberia. Radiocarbon dating of the bone showed it to be about 45,000 years old. “The morphology of the bone suggests that it is an early modern human; that is an individual related to populations that are the direct ancestors of people alive today” says Bence Viola, an anthropologist who analyzed it. “This individual is one of the oldest modern humans found outside the Middle East and Africa” he says.

The research team sequenced this individual’s genome to a very high quality and compared it to the genomes of present-day humans from more than 50 populations. They found that the Ust’-Ishim bone comes from a male individual who is more related to present-day people outside Africa than to Africans thus showing that he is an early representative of the modern population that left Africa. When his genome was compared to people outside Africa, he was found to be approximately equally related to people in East Asia and people that lived in Europe during the Stone Age. “The population to which the Ust’-Ishim individual belonged may have split from the ancestors of present-day West Eurasian and East Eurasian populations before, or at about the same time, when these two first split from each other”, says Svante Pääbo.  “It is very satisfying that we now have a good genome not only from Neandertals and Denisovans, but also from a very early modern human” he says. Paleoanthropologist Jean-Jacques Hublin, who was involved in the study, says that “it is possible that the Ust’-Ishim individual belonged to a population of early migrants into Europe and Central Asia, who failed to leave descendants among present-day populations”.

Since the Ust’-Ishim man lived at a time when Neandertals were still present in Eurasia, the researchers were interested in seeing whether his ancestors had already mixed with Neandertals. They found that about two per cent of his DNA came from Neandertals – similar to the proportion found in present-day East Asians and Europeans. However, the lengths of Neandertal DNA segments in his genome are much longer than the ones found in present-day humans because he lived closer in time to the admixture event so that the Neandertal segments had not had time to become as reduced in size over the generations. “This allowed us to estimate that the ancestors of the Ust’-Ishim individual mixed with Neandertals approximately 7,000-13,000 years before this individual lived or about 50,000 to 60,000 years ago, which is close to the time of the major expansion of modern humans out of Africa and the Middle East”, says Janet Kelso, who led the computer-based analyses of the genome.

The high quality of this 45,000-year-old genome also enabled the team to estimate the rate with which mutations accumulate in the human genome. They found that between one and two mutations per year have accumulated in the genomes of populations in Europe and Asia since the Ust’-Ishim man lived. This is similar to recent estimates from counting genetic differences between parents and children, but lower than more traditional, indirect estimates based on fossil divergences between species.