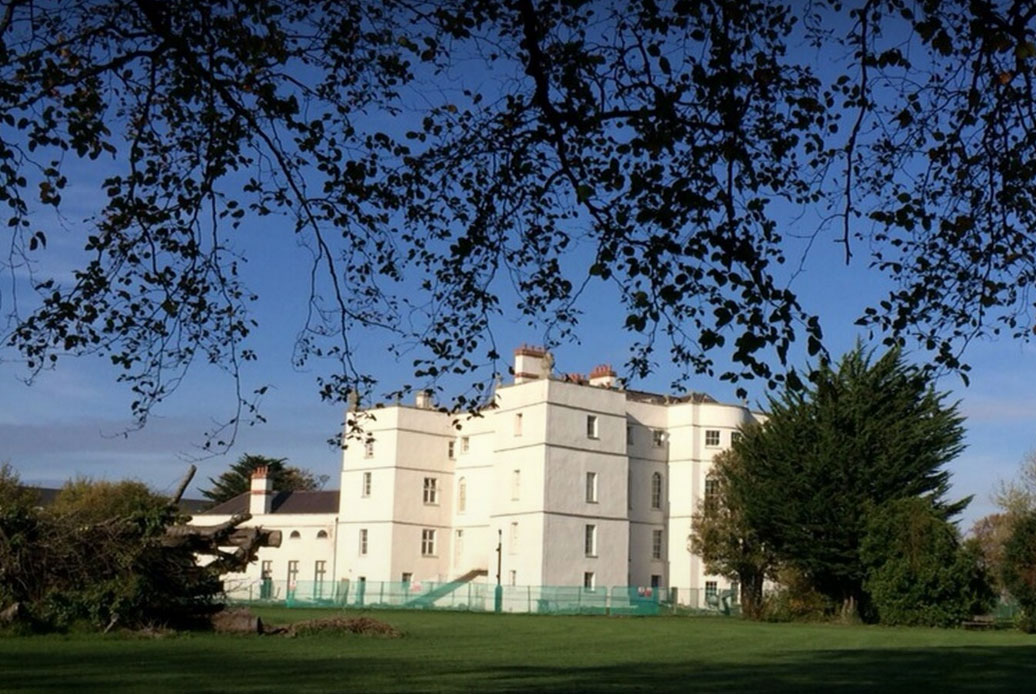 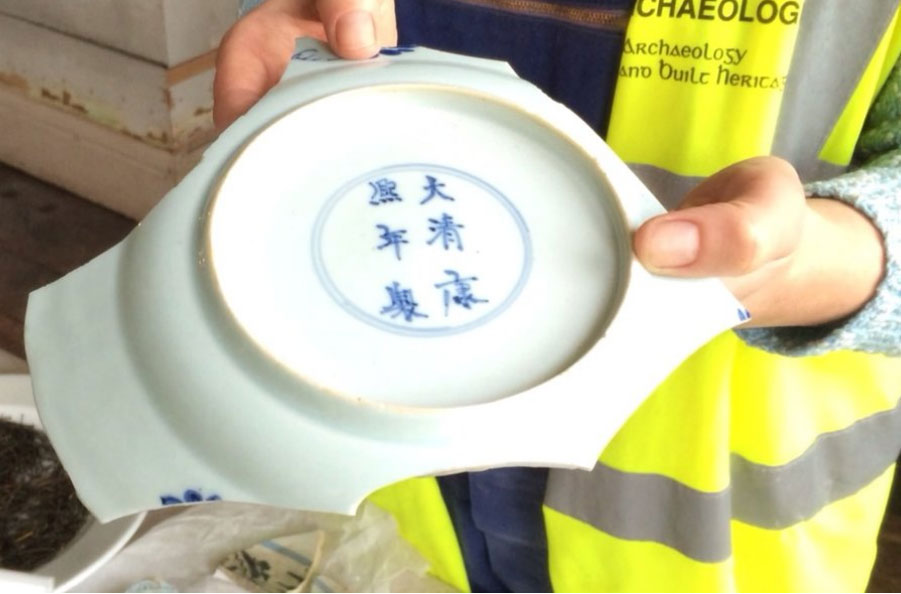 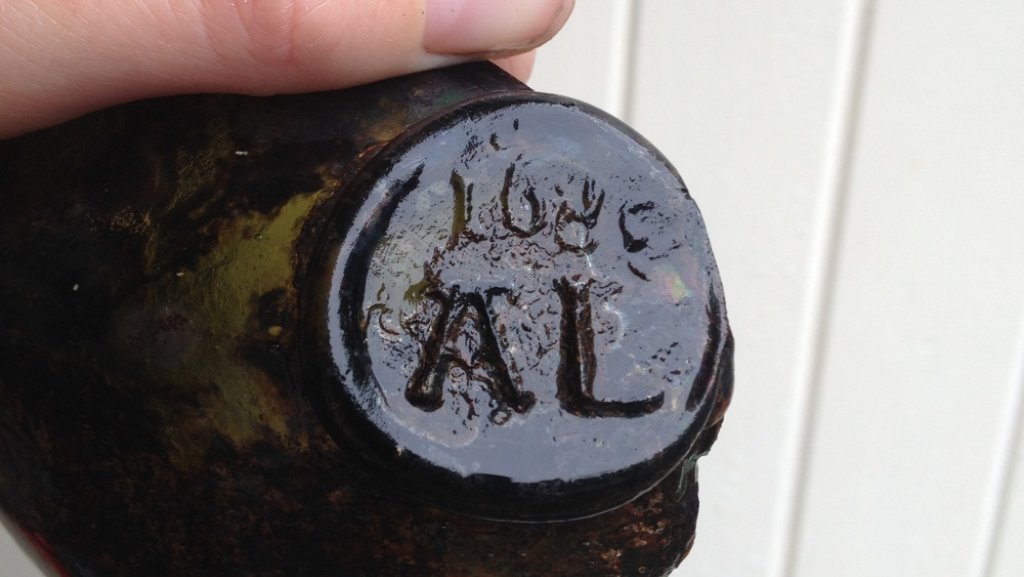 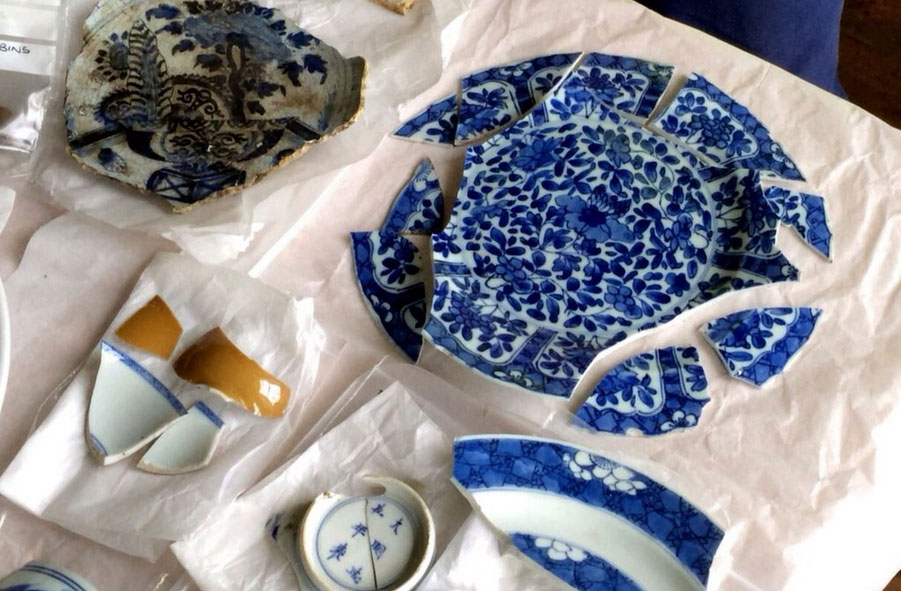 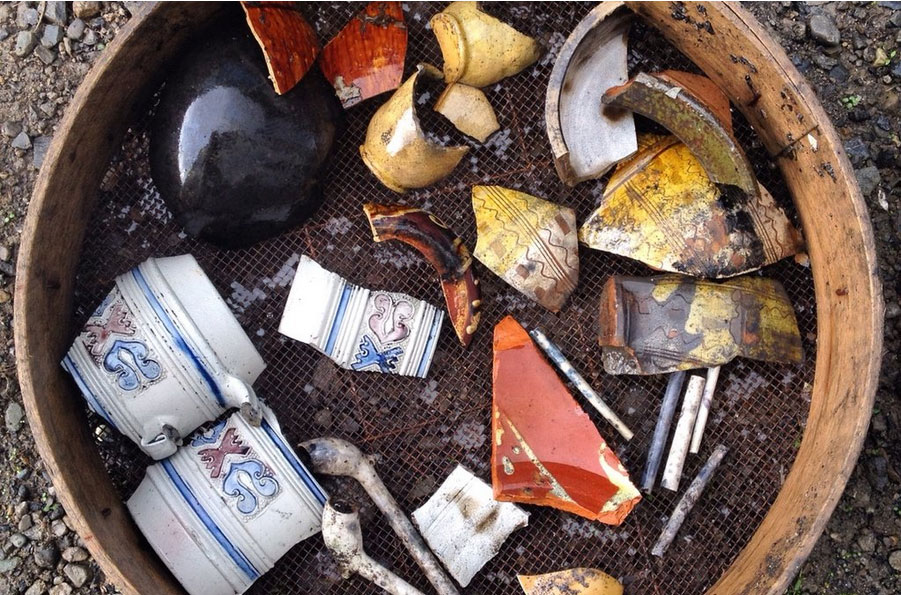 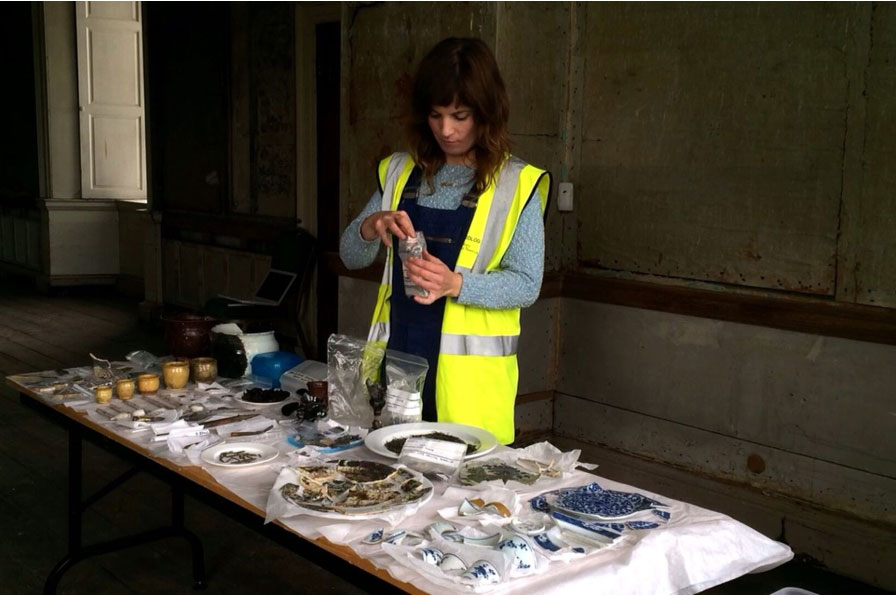 A hoard of 17th century artefacts was discovered in Rathfarnham Castle, when workers lifted the stone floors during works installing a lift shaft to make the place wheelchair accessible.

The hoard, which is extremely well preserved, was found in a sealed lair between two stone floors, at the bottom of one of the castle towers.

The cache had very little air circulating and it was quite damp and muddy, which helped the glass bottles and the porcelain artefacts be preserved in an almost perfect condition.

The hoard is rather large and reveals details about the life of the castle’s inhabitants, as it includes porcelain, wine bottles and ointment jars (with content), crystal goblets, chamber pots, jewellery, coins, clay pipes, weaponry, even a foldable toothbrush.

The castle was built in 1583 by Lord Adams Loftus, who was Archbishop of Dublin. The artefacts are dated the mid to late 17 century and belonged to himself, as is obvious by the AL initials found on a glass bottle seal dated 1688, as well as to his descendants, as archaeologists have found porcelain objects, which were not produced in England until 1750.

The porcelain probably originated from China, as is evident by the maker’s mark on the base and dates to the 1660s, while pottery found in almost intact condition was probably imported from Italy. They have also discovered glass artefacts and bottles, even an intact crystal drinking glass.

All the objects testify the castle’s inhabitants expensive taste and wealthy way of living, as indicated by the fact that they had to be imported from places as distant as the far east. The objects were probably hidden either to be protected from sieges, by someone working at the castle, or even discarded by the owners because they were no longer in fashion or they were replaced by newer and more impressive ones.