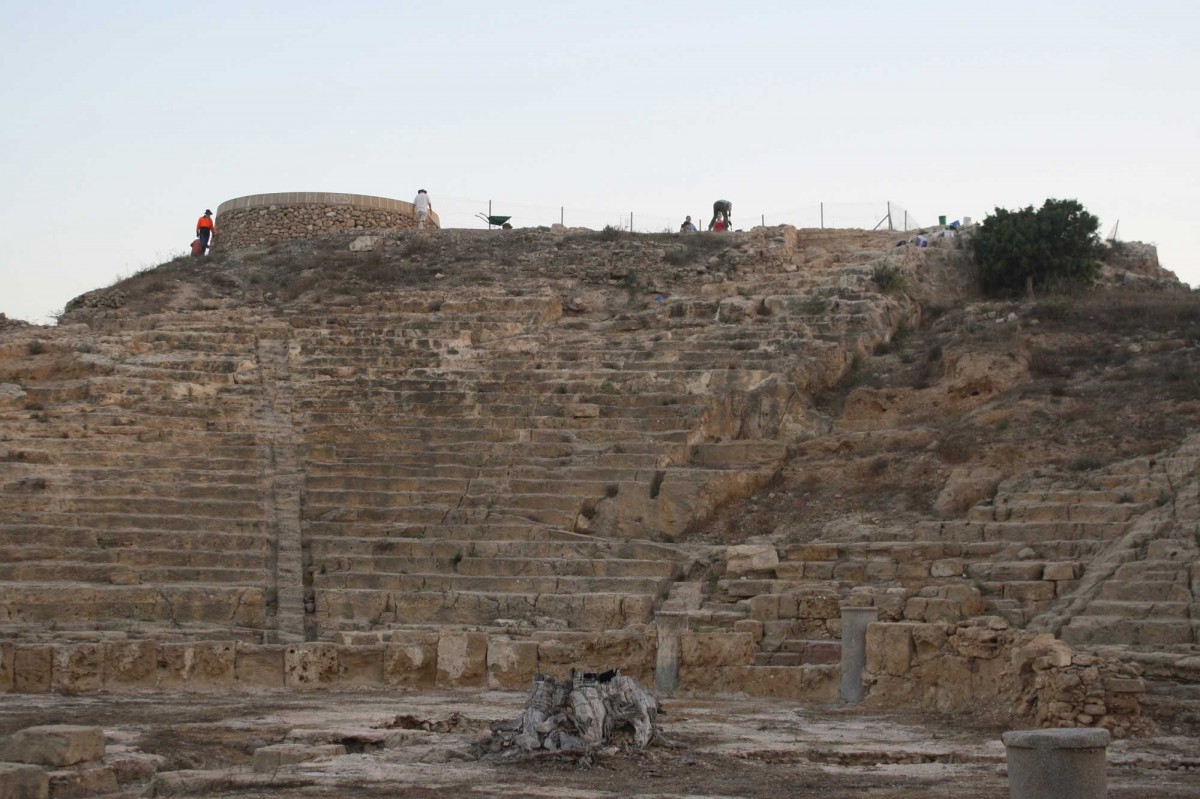 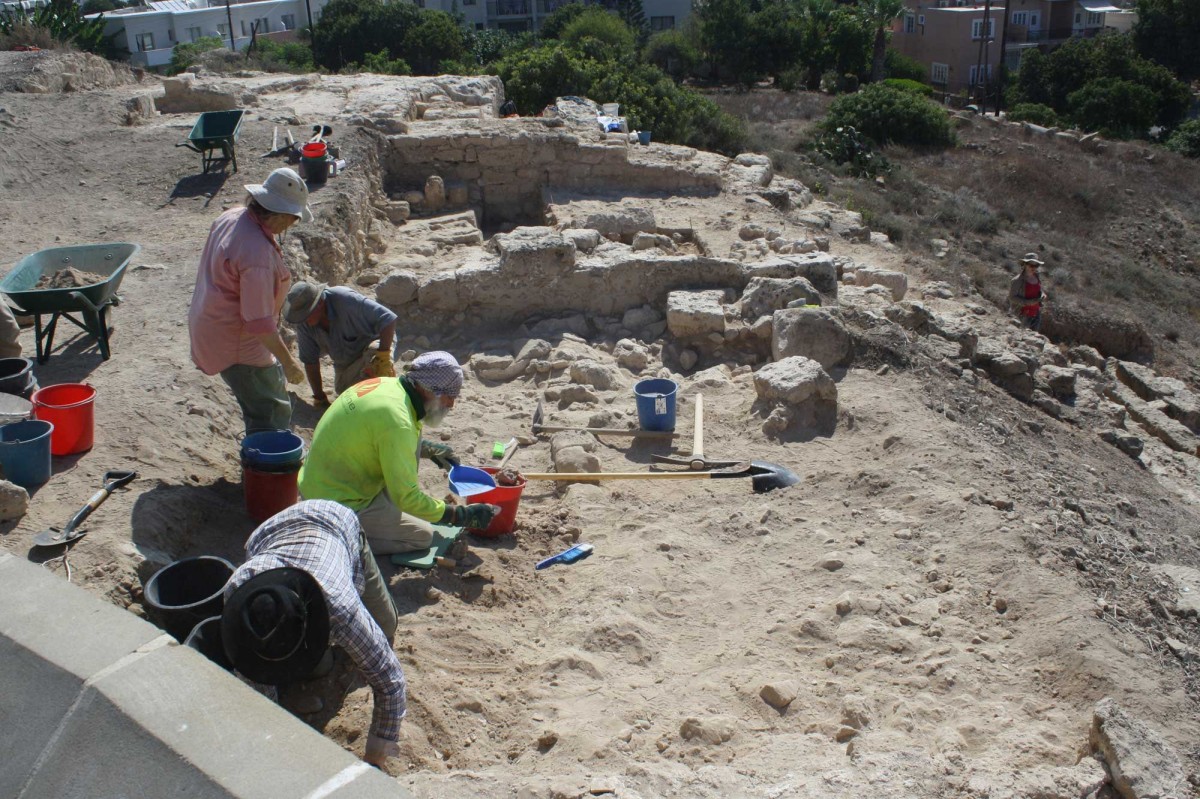 Conducted by the Australian Mission

Τhe sixteenth season of archaeological investigations at the site of the Hellenistic-Roman theatre of Nea Pafos has been completed, according to an announcement by the Department of Antiquities, Ministry of Communications and Works. The Australian team has been excavating at the UNESCO World Heritage site since 1995. This season the Australian team, directed by Dr Craig Barker of the University of Sydney, worked from 16 August to 20 September 2014.  The excavations are supported by the Nicholson Museum at the University of Sydney and the Australian Archaeological Institute at Athens.

Through the years of excavation of the ancient theatre, the team has uncovered architectural remains carved out of the bedrock of the southern slope of Fabrika hill, in the north-eastern quarter of the ancient walled city. The theatre was used as a space for performance and entertainment for over six centuries between c. 300 BC and the late fourth century AD. After its destruction by an earthquake in c. AD 365, the site was quarried and abandoned. During the time of the Crusades and into the Venetian and Ottoman eras considerable agricultural occupation took place over the ruins of the theatre as well as industrial activity.  In recent seasons the project has focused on exploring the urban layout of the precinct surrounding the theatre, and the team has uncovered a Roman nymphaeum and a paved Roman road south of the theatre.

Two trenches were opened by the team in 2014. One was located at the rear of the cavea (seating area) of the theatre, and it uncovered the southern-most end of a 20 metre long building of the 15th-16th centuries AD with very substantial, metre-wide walls. The function of this building is not yet clear, but it gives considerable insight into activities that took place in the area during the post-medieval period.

The second trench was to the south of the Roman road, providing evidence of rooms along the building facing onto the streetscape. The evidence so far raises the possibility of a series of shops, while the ceramic evidence suggests the earthquake tumble excavated is related to the destruction of the late fourth century AD.

The Australian Mission will return to continue excavations at the theatre next year while working on academic publication in the meantime.

NOTES
1. Department of Antiquities, Ministry of Communications and Works / Cyprus