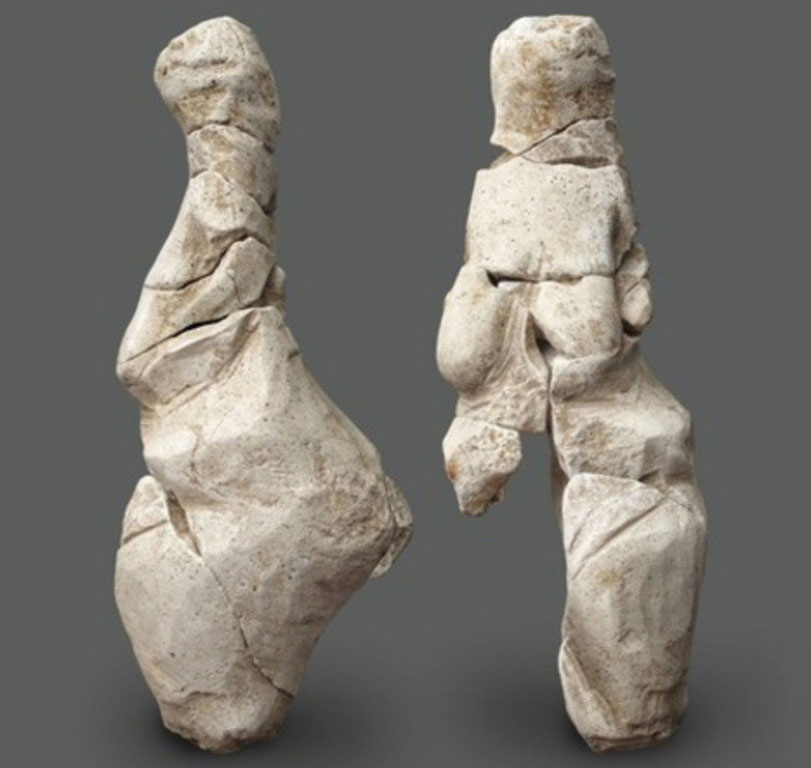 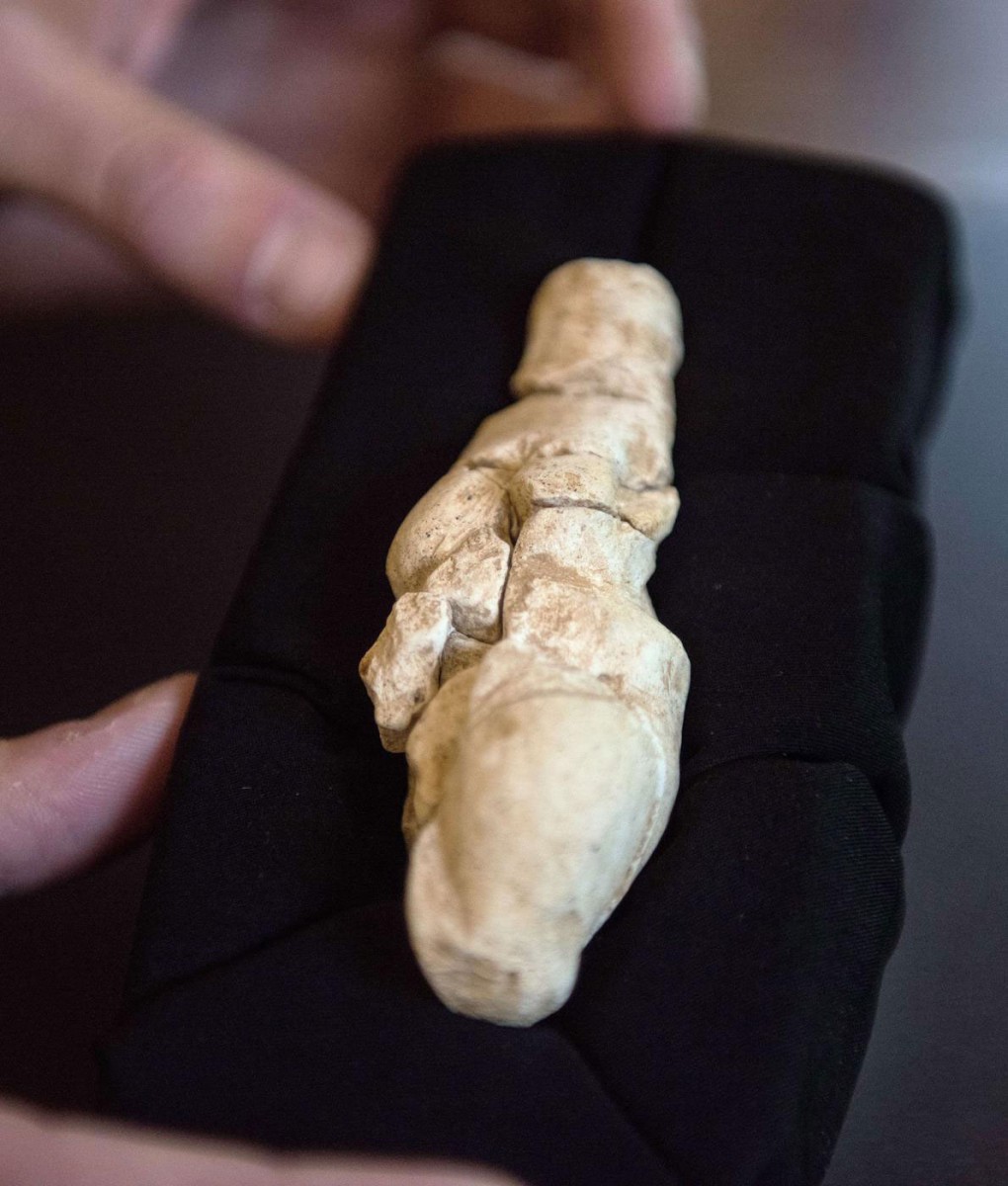 An exceptional find according to archaeologists

While digging in Amiens, northern France, at the Palaeolithic site of Renancourt, archaeologists discovered a 23,000-year-old limestone statuette.

According to archaeologist Clement Paris they found the sculpture while they were excavating a deposit of aeolian silt from the end of the last glacial period (40,000 to 10,000 years ago), looking for classical relics, namely tooled flint or bones. On the second day of fieldwork, the team came across a pile of limestone including fragments that did not seem natural but rather constructed by humans. That very same night they pieced the fragments together and the result was a female statuette.

The statuette is 23,000 years old, according to carbon-14 dating of organic material found at the site, about 12cm high, and it is depicting a voluptuous woman with huge breasts and buttocks. The head and arms are less detailed. Only the right leg piece is missing. It was carved from a single piece of limestone and archaeologists believe it was shattered from the cold. It probably aimed at a symbolic rather than aesthetic outcome, potentially linked to fecundity, as is evident from the less realistic artwork. It is an artefact of the late Gravettian culture found in France and eastern Europe, reaching all the way to western Siberia.

Nicole Phoyu-Yedid, head of cultural affairs in the area, describes the discovery as “exceptional and internationally significant”.
The statuette resembles the other approximately 100 “Venus” figurines found throughout Europe, mostly in Russia and central Europe. Around 15 of them have been found in France, mostly in the south west. This is the first “Venus” found in the north of France.

However, it’s not just the Venuses that are rare discoveries in the north of France. Evidence of Upper Paleolithic Cro-Magnon presence is rare, since glaciers then were reaching all the way down to the modern-day Netherlands. This discovery suggests there was a window of warmer temperatures that allowed the Cro-Magnon hunters to travel north over impressively long distances. The Gravettian areas in the south west of France are 125-185 miles away.

The “Venus of Renancourt” will be studied thoroughly for the next few months before going on display at Museum of Picardie in Amiens.