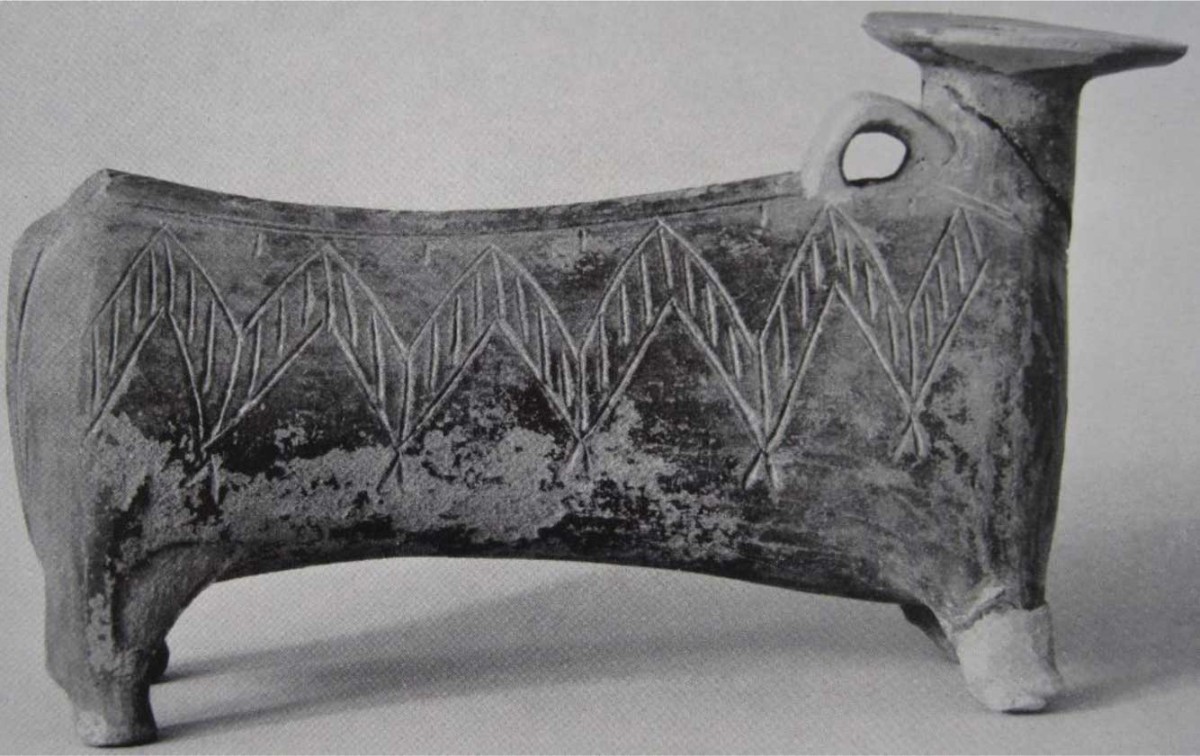 Some pottery classes from Phylakopi

Recent work on the collections of the National Archaeological Museum

On  Tuesday, 9 December 2014, Robin Barber will address the topic “Some pottery classes from Phylakopi: recent work on the collections of the National Archaeological Museum”. The seminar is part of the Cycladic Seminar series.

The seminar presents some reflections on three classes of pottery from Phylakopi, arising from the restudy of material from the 19th century excavations in the National Archaeological Museum.

The following are considered:

1. Edgar’s Dark-faced (fig. 1) (see Phylakopi 87-92, pls. 4-5). This group of pottery (together with painted Geometric) defines the earliest main phase (I-ii) of the First City at Phylakopi: it is not found in the second phase (I-iii). Its chronological position in ECIII is confirmed, when it is demonstrably connected with the ‘Kastri Group’.

Examination of the distribution of finds of DF at Phylakopi also help to elucidate the expansion of the settlement to south, probably in early MC times.

By far the most common shape in this class is the so-called ‘Melian bowl’ in its classic form. Some other shapes have now been identified. Since this class combines characteristics of EC and MC pottery, it is likely to belong to the transition from E to MC.

3. Thick Linear (fig. 3), defined on the basis of the three pieces shown in Phylakopi pl. xiii (nos. 12, 15, 19), which were remarked in the original publication (p. 152) as being distinctive in both fabric and decoration. Other examples (from Phylakopi and elsewhere in the Cyclades) are presented and the suggestion made that this class, too, may belong to the EC/MC transition.

The pointers offered by analysis of these three classes are (a) to an early date (no later than early EHIII, and pre-MMIA) for Phylakopi I-ii and (b) to the existence of a transitional (or MCI) ceramic phase between the characteristic pottery classes of ECIII – Dark-Faced & Geometric – and those of the mature MC period – Dark Burnished and Cycladic White. This could be equivalent to Mackenzie’s elusive first phase of the Second City (II-i).

The Cycladic Seminar aims to highlight recent research, while interpreting it in the light of older data, a strategy that, in many cases, will lead to a reconsideration of the old data. The seminar also emphasizes on studies based on material with a known context. The seminar of the Archaeological Society at Athens is organized by Marisa Marthari.