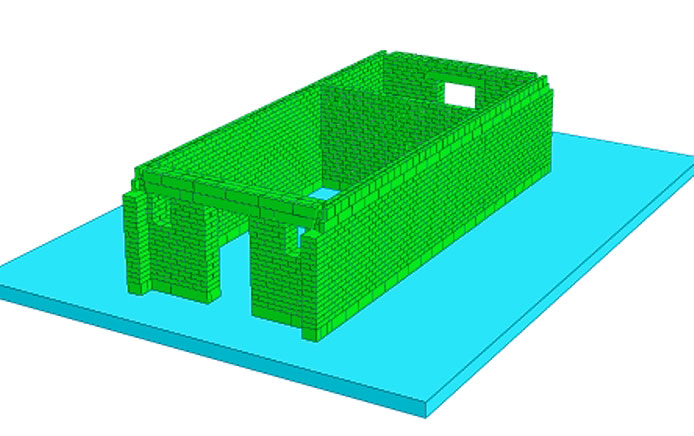 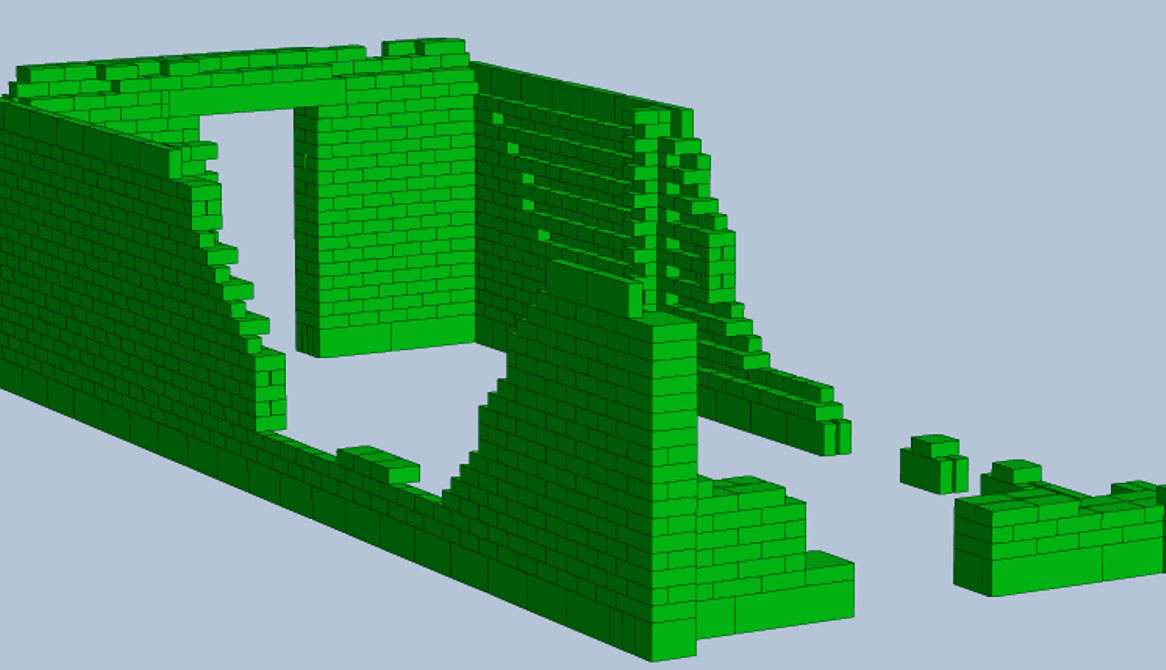 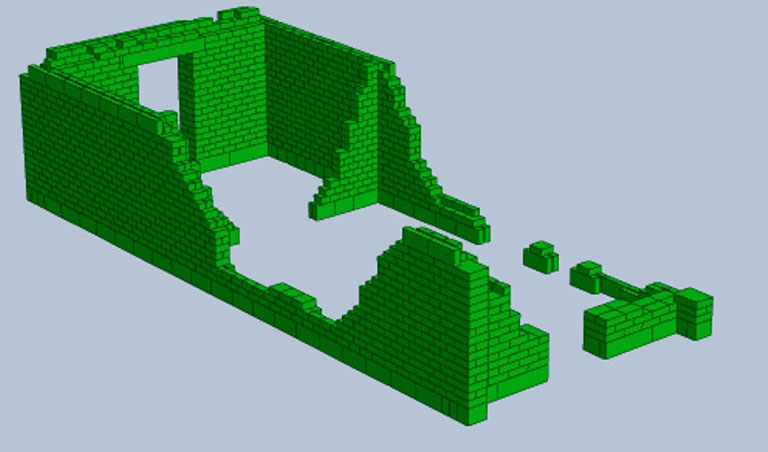 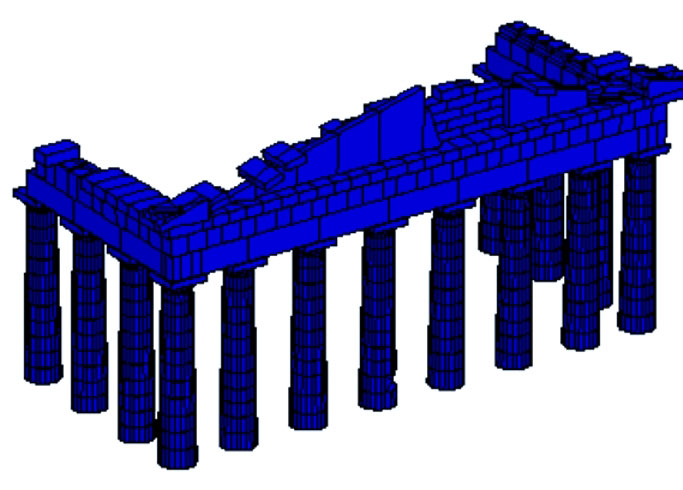 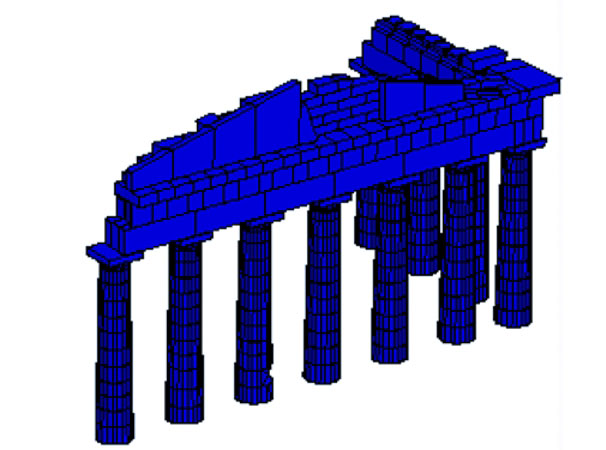 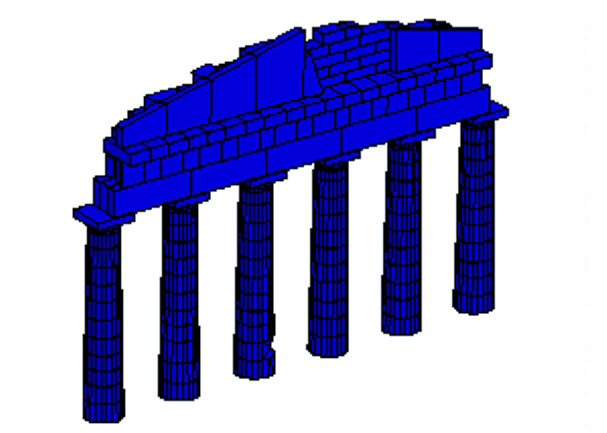 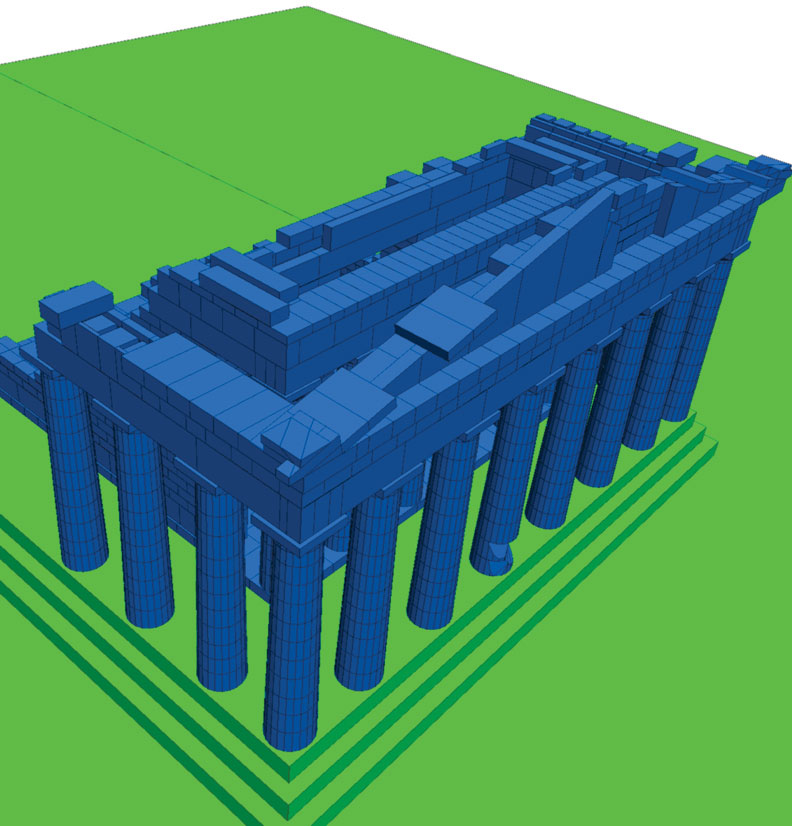 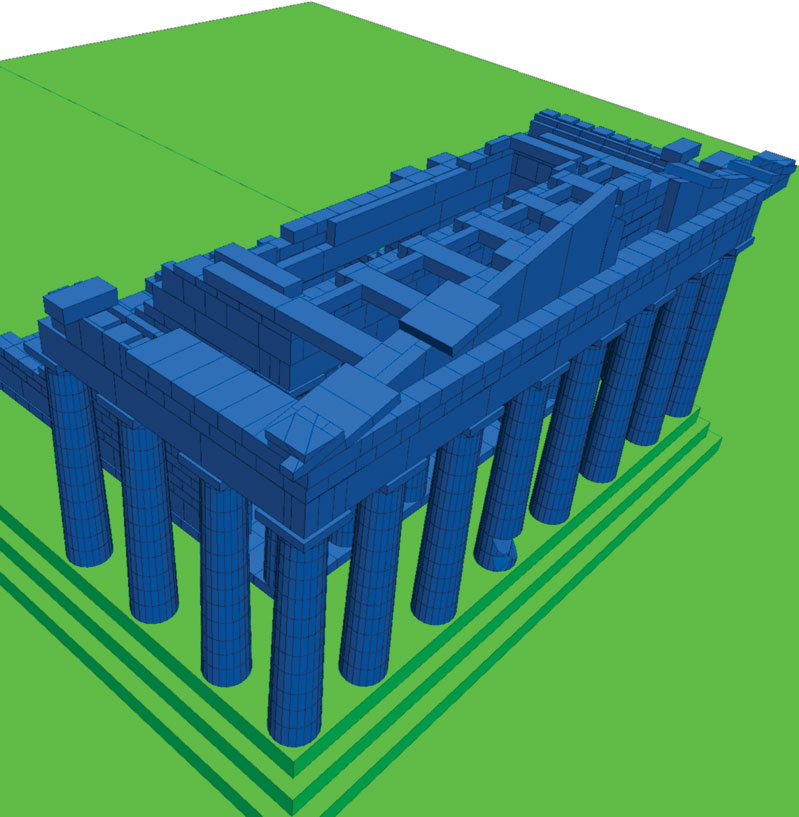 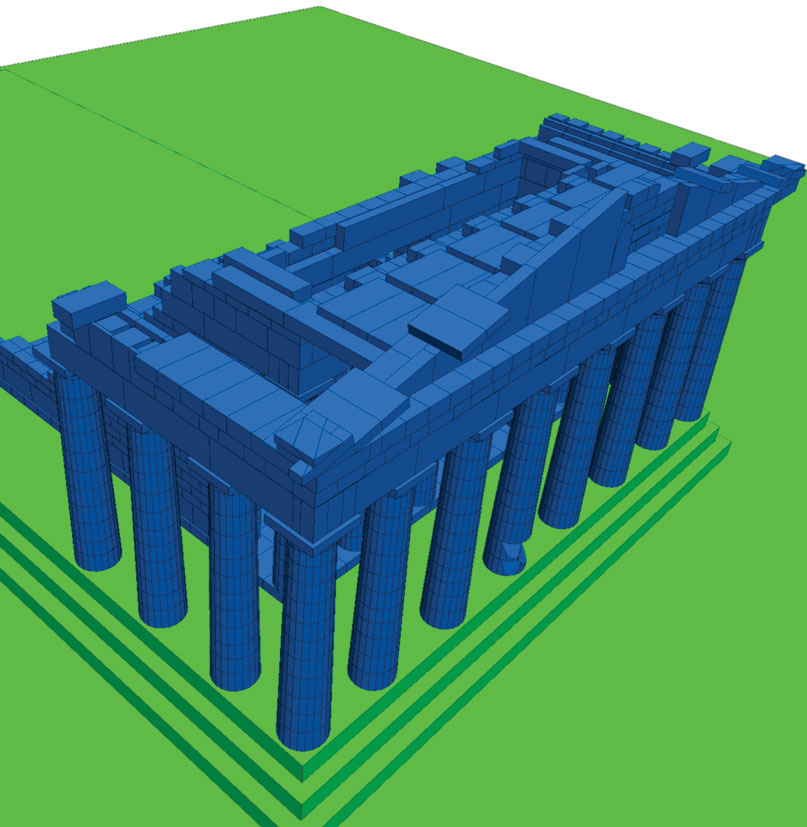 To address the seismic behavior of the Acropolis monuments, the Acropolis Restoration Service (YSMA) integrates innovations stemming from academic research in the restoration studies.

The structure of an ancient temple is completely different from that of modern constructions. The seismic stimulation is manifested through sliding and/or oscillation of the blocks one by one or in groups. In the context of a restoration project, the identification of the strain is possible using specialised software (3DEC by Itasca).

The planned restoration intervention on the Parthenon aims to link separate parts of the monument, which stood freely during the last centuries, e.g. restoring the structural connection between the opisthonaos and the west colonnade of the Parthenon by repositioning the intermediate coffer slabs. Correspondingly the extensive additions of ancient material, such as in the long walls of the Parthenon cella, influence the static correspondence of the entire array of blocks under restoration. As a result, a much more complex study of the architectural solutions is required, which must clearly take into account the safety/strength limits of the seismic analysis.

Based on these data a research project was commissioned in collaboration with National Technical University of Athens (NTUA) and specifically with the Earthquake Engineering Laboratory on the investigation of the stability of possible restoration scenarios for the reconstruction of the long walls of the Parthenon, which was completed in December 2008. Figures 1-3 contain depictions of the models produced using specialised software.

The numerical analyses were performed with appropriate software that enables simulation of the seismic behavior of monumental structures in three dimensions, allowing the calculation of the stress among individual architectural elements. The parameters used in the simulation resulted from previous academic studies, which confirmed the reliability of the 3DEC method and the software.

In the context of the study for the restoration of the west façade of the Parthenon in 2011 a similar procedure calculated the effect on the seismic behavior of the monument posed by the proposed dismantling of the two corners. The relevant models are depicted in figures 4-6.

The seismic analyses realised employ carefully selected seismological data, derived from relevant seismological studies, so as to be compatible with the expected ground seismic motions in the historic center of Athens.