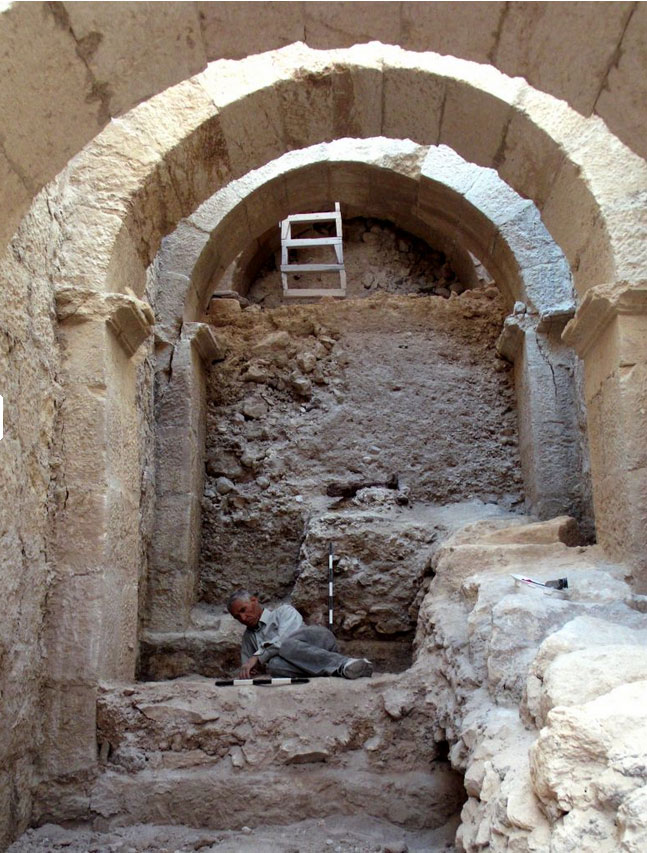 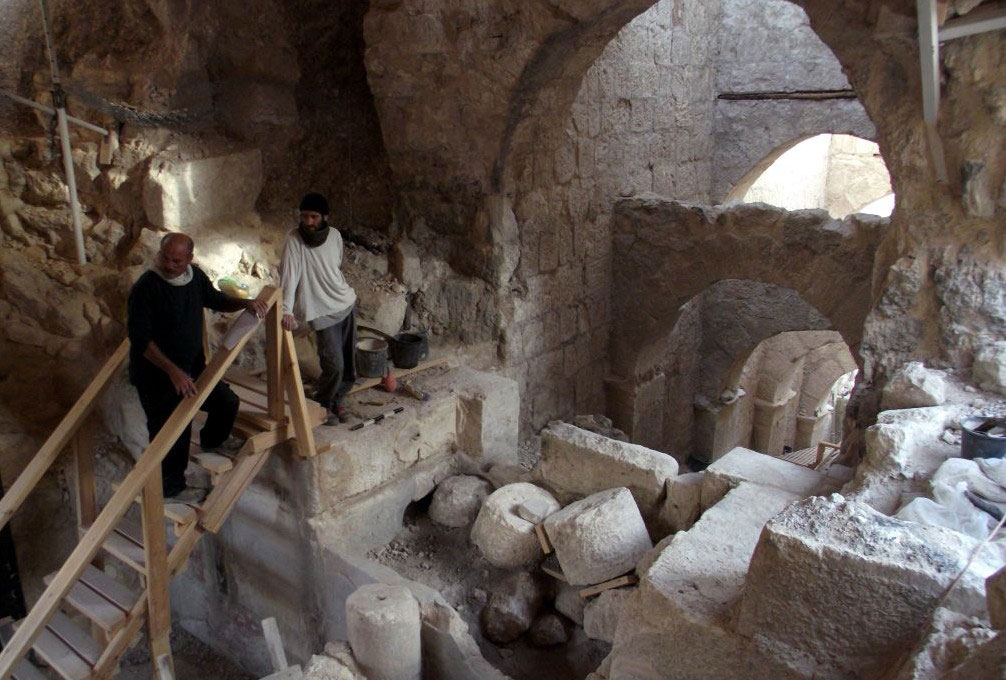 Archaeologists from The Hebrew University of Jerusalem’s Institute of Archaeology have discovered a monumental entryway to the Herodian Hilltop Palace at the Herodium National Park. The unique complex was uncovered during excavations by The Herodium Expedition in Memory of Ehud Netzerover the past year, as part of a project to develop the site for tourism.

The main feature of the entryway is an impressive corridor with a complex system of arches spanning its width on three separate levels. These arches buttressed the corridor’s massive side-walls, allowing the King and his entourage direct passage into the Palace Courtyard. Thanks to the supporting arches, the 20-meter long and 6-meter wide corridor has been preserved to a height of 20 meters.

The Hebrew University archaeologists — Roi Porat, Yakov Kalman and Rachel Chachy — suggest that the corridor was built as part of Herod’s plan to turn Herodium into a massive artificial volcano-shaped hill, a vast and impressive monument designed to commemorate the architect-King.

Surprisingly, during the course of the excavations, it became evident that the arched corridor was never actually in use, as prior to its completion it became redundant. This appears to have happened when Herod, aware of his impending death, decided to convert the whole hilltop complex into a massive memorial mound, a royal burial monument on an epic scale.

Whatever the case, the corridor was back-filled during the construction of the massive artificial hill at the end of Herod’s reign. The upper section of a new monumental stairway stretching from the hill’s base to its peak, constructed during the course of this building phase, appears to have been built over it.

The excavators point out that not only was the arched corridor covered over in the course of the construction of the hill-monument, but also all the structures earlier built by Herod on the hill’s slopes, including the Royal Theater uncovered by the expedition in 2008, while still led by Prof. Ehud Netzer, since deceased.

The only edifice not covered over was the splendid mausoleum-style structure, identified by Netzer and the expedition as Herod’s burial-place. Together with the monumental cone-shaped hill, this constituted the unique Herodian Royal burial-complex.

During the course of the current excavations, the original impressive Palace vestibule, blocked when the corridor became redundant, was also exposed. This entry-room, decorated with splendid painted frescoes, had a magnificent entryway leading into it, and offered evidence of the rebel occupation during the Great Revolt (66-71 CE), including Jewish Revolt coinage and crude temporary structures.

In addition, the excavations in the arched corridor also turned up impressive evidence from the Bar Kokhba Revolt period (132-135/6 CE): hidden tunnels dug on the site by the rebels as part of the guerilla warfare they waged against the Romans. Supported in part by wooden beams, these tunnels exited from the hilltop fortress by way of the corridor’s walls, through openings hidden in the corridor. One of the tunnels revealed a well-preserved construction of 20 or so cypress-wood branches, arranged in a cross-weave pattern to support the tunnel’s roof.

In the future, according to Mr. Shaul Goldstein, Director of Israel’s Nature and Parks Authority, the excavation of the arched corridor will allow visitors direct access to the Herodium hilltop palace-fortress, in the same way that Herod entered it two thousand years ago. There are also plans to provide tourists direct access from the structures on the slope, the Royal Theater and the Mausoleum, via the earlier monumental stairway, to the hilltop Palace.