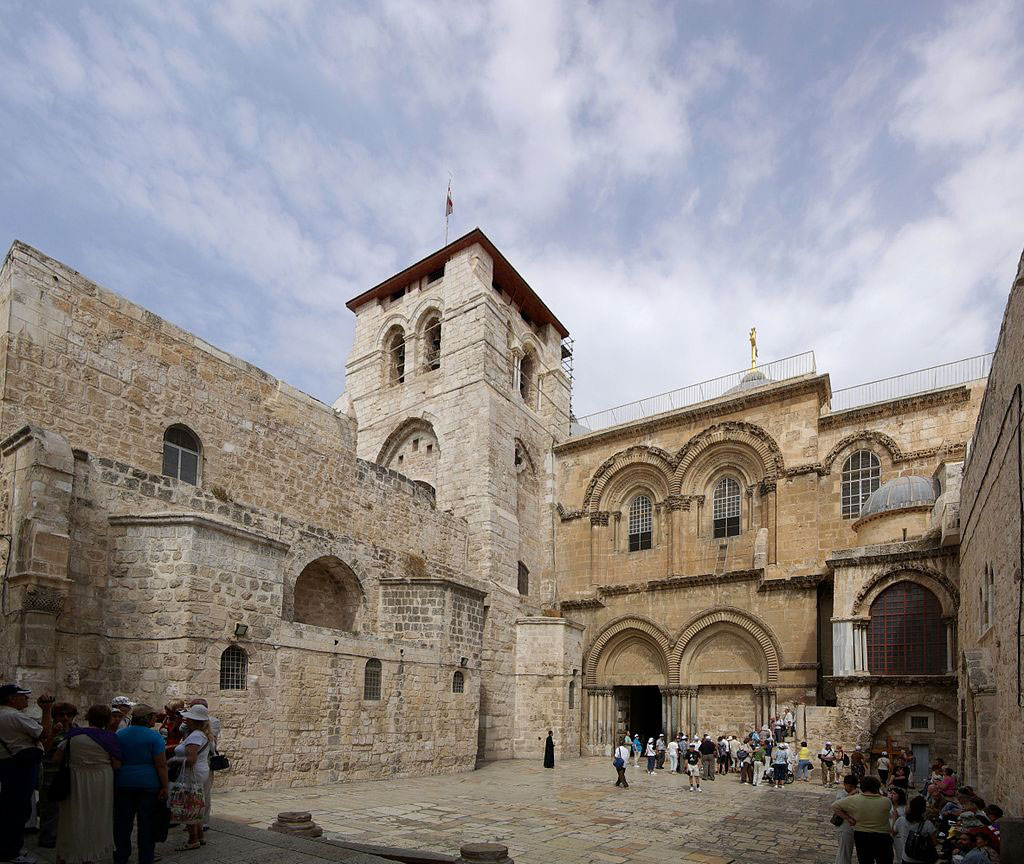 Samples of mortar date from 345 AD

Samples of mortar under the Edicule of the Holy Sepulchre in Jerusalem were collected and analyzed by a team from the National Technical University of Athens which carried out the most recent restoration headed by Professor Antonia Moropoulou of the department of Chemical Engineers. The samples have been found to date from around 345 AD.

They are therefore much older than the earliest monuments in and around the Holy Sepulchre complex that have been brought to light so far and which do not go back further than 1,000 years. The Holy Sepulchre had been totally destroyed in 1009 during the Crusades and rebuilt since then. Based on new data published exclusively by the National Geographic (which has supported the restoration project since its start), the tomb, located within the Church of the Holy Sepulchre and covered by the building of the Edicule, is almost 1,700 years old. According to tradition, it was discovered in 326 AD by Helen, mother of Emperor Constantine the Great.

During restoration work last October, when the NTU specialists opened the tomb for the first time in centuries and removed the marble slab that covered it, they found traces of limestone mortar from ancient building materials, which they collected and then analyzed with modern techniques. The researchers concluded that the tomb was built around 345 AD, during or shortly after Constantine’s reign. There will be a relevant publication in the Journal of Archaeological Science Reports.

The new discovery confirms that the particular spot considered today as the tomb of Christ is the same as the one believed to have been his tomb 17 centuries ago. Although, according to National Geographic, it still remains impossible to archaeologically prove that the tomb is indeed the place where Christ was buried, the new dating confirms that the original construction of the present funerary complex had been made at the time of Constantine the Great.

When, in 325 AD, the representatives of Constantine the Great arrived in Jerusalem searching for the tomb of Christ, they had allegedly been shown a Roman temple built 200 years earlier. When this temple was torn down, excavations beneath it revealed a tomb in a limestone cavity. In this tomb, over which the Edicule was finally built, a marble slab had been placed over the burial bed, at some point between the 14th and 16th centuries. When the tomb was opened last year, another much older broken marble slab inscribed with a cross was revealed underneath, just above the original limestone surface of the burial bed.

The researchers took samples of mortar from the area between this slab and the surface of the soil of the burial bed. The new findings from the analyses show that most probably the earlier marble slab had been placed there in the middle of the 4th century AD, obviously following orders of Constantine the Great. Other samples of mortar taken from the entrance of the tomb are newer and date back to the 11th century, when the church of the Holy Sepulchre was rebuilt.