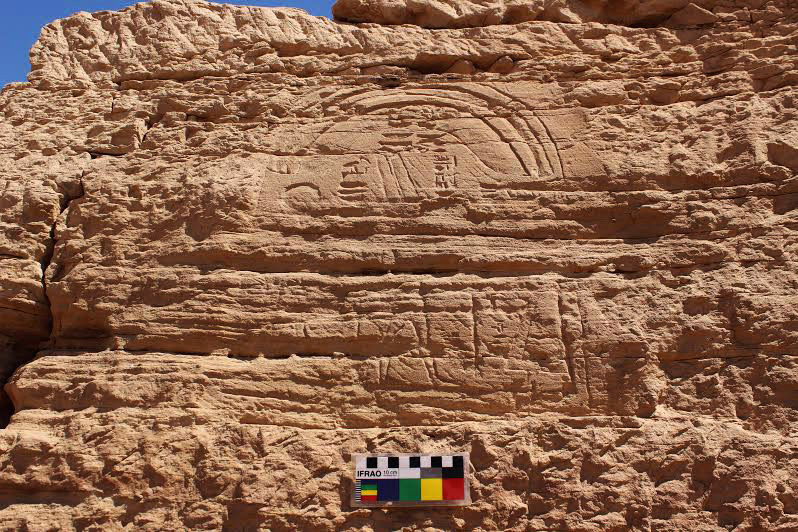 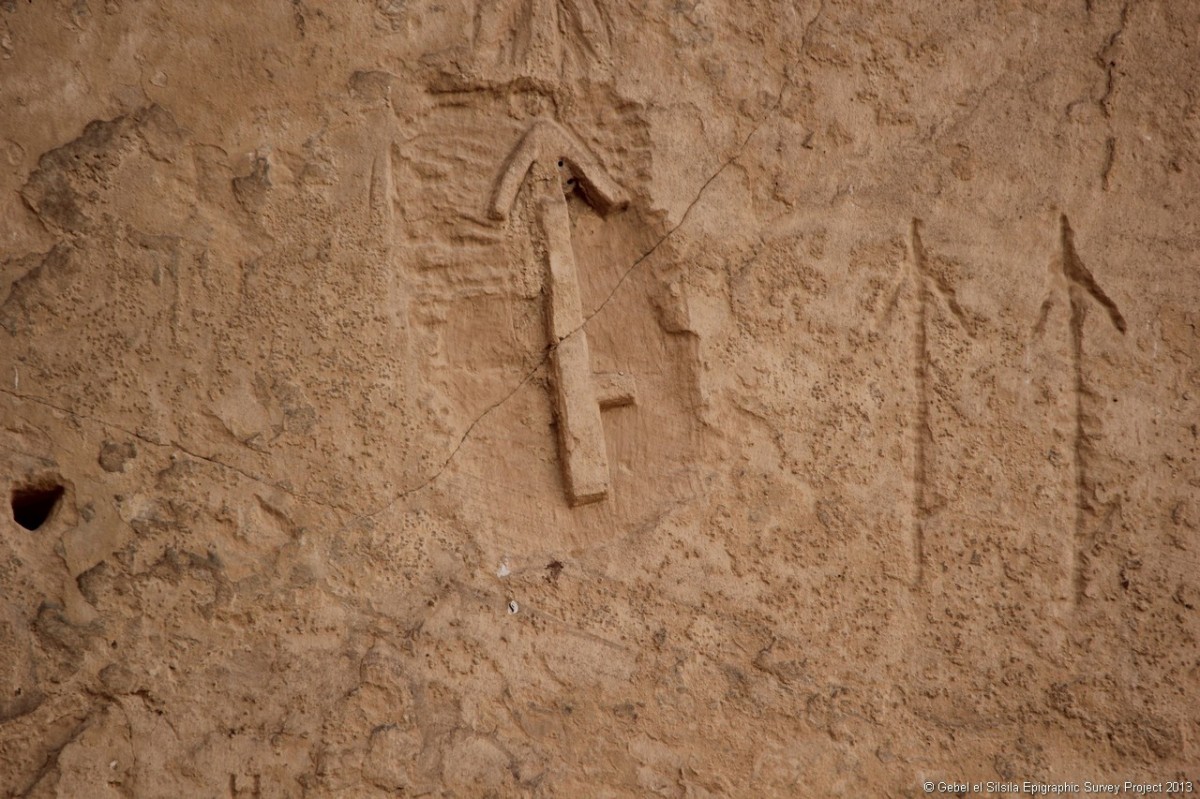 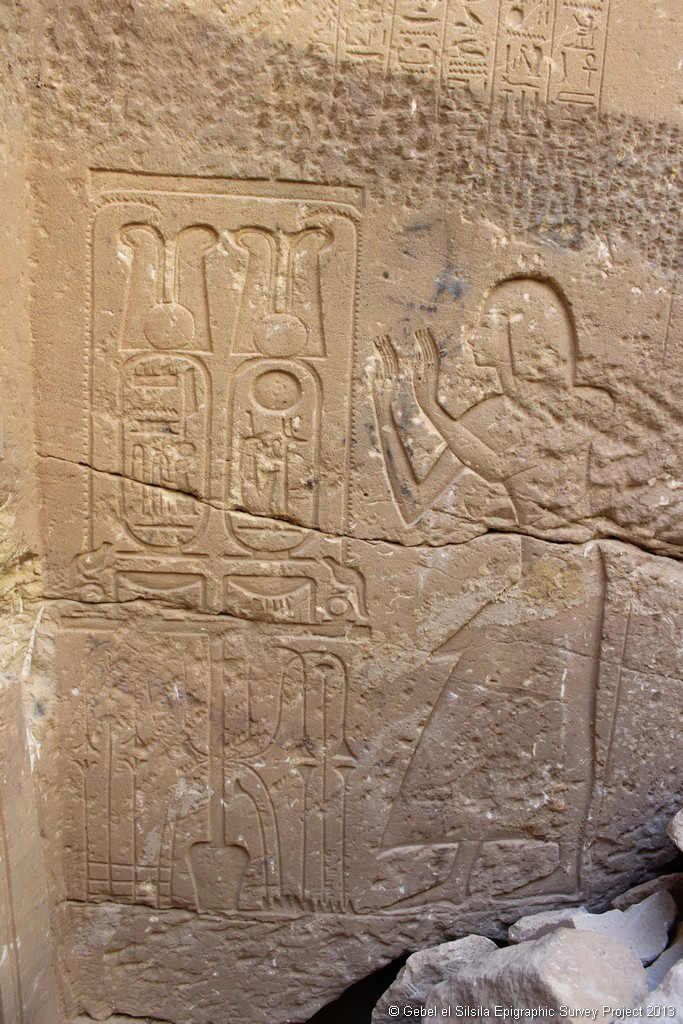 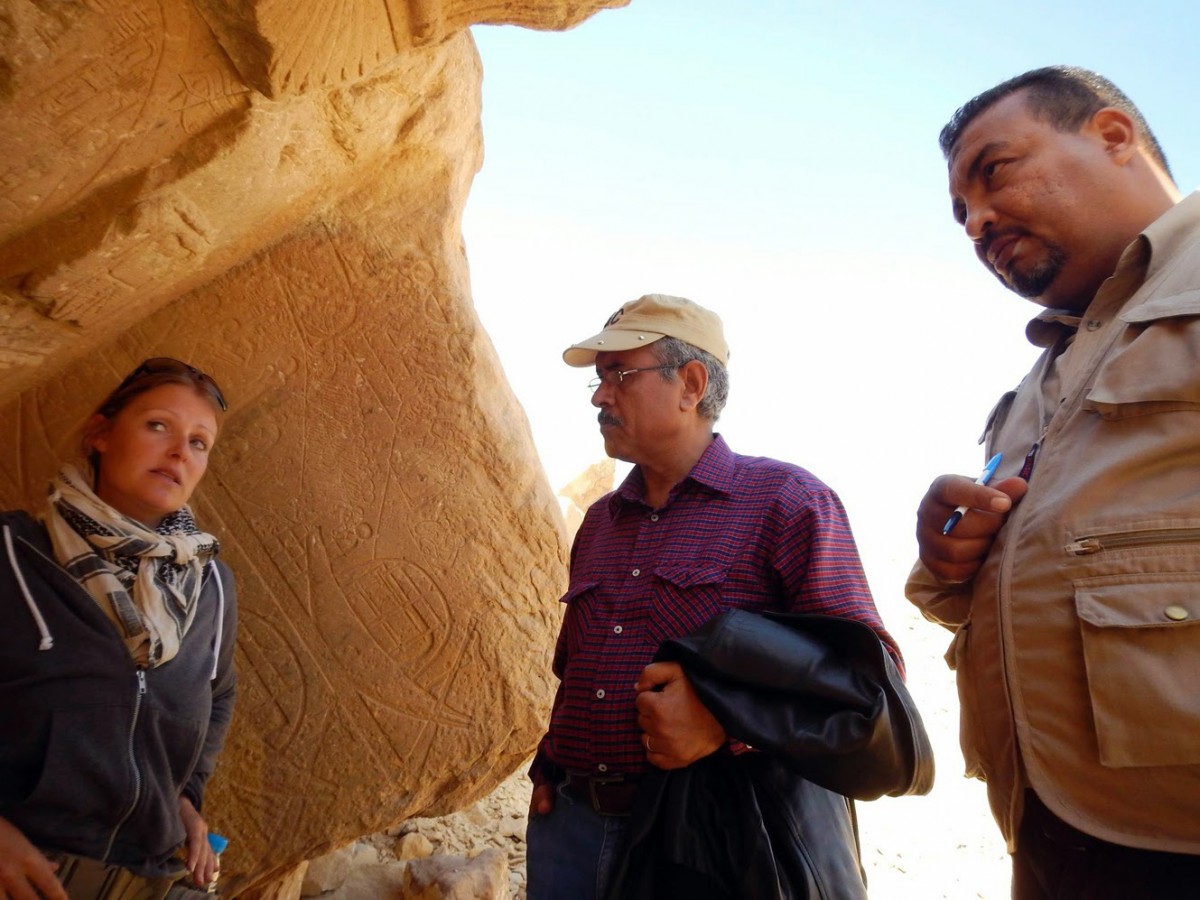 Gebel el Silsila is Egypt’s largest sandstone quarries located to the north of Aswan. It is a rocky gorge between Kom Ombo and Edfu villages where the Nile narrows and high sandstone cliffs come down to the edge of the river. Several shrines were cut in the area by the New Kingdom Pharaohs Tuthmose I, Hatshepsut, Thutmosis III and Horemheb.

At the site scenes depicting the detaching of blocks and their loading in sailing boats before sending them to their destinations through the River Nile, have also been discovered.

“The work technique shows a notable cooperation among the workers and the workshops at the quarry. The scenes of the rocks, which were precisely cut, confirm the advanced skills of ancient Egyptian labor,” Director General of Aswan Antiquities Department Nasr Salama said.

Another scene discovered shows the process of transferring two obelisks from quarry. “The team also discovered a sphinx statue similar to the statue of the Sphinx avenue which connects between Luxor and Karnak temples and a number of rock cut shelters,” Dr. Nilsson said. “The obelisks scene records the way the stones were transferred from quarry after being cut till they are placed on a big boat,” Nasr Salama said.

“The [epigraphic] project basically aims to document Gebel el Silsila’s epigraphic material in order to develop a database, catalogue and a topographic map for the site to have a better understanding of the area, its ancient visitors and what function and meaning the quarry marks had. The project also focuses on quarry marks and textual inscriptions carved upon the sandstone quarry faces,” said Nilsson.