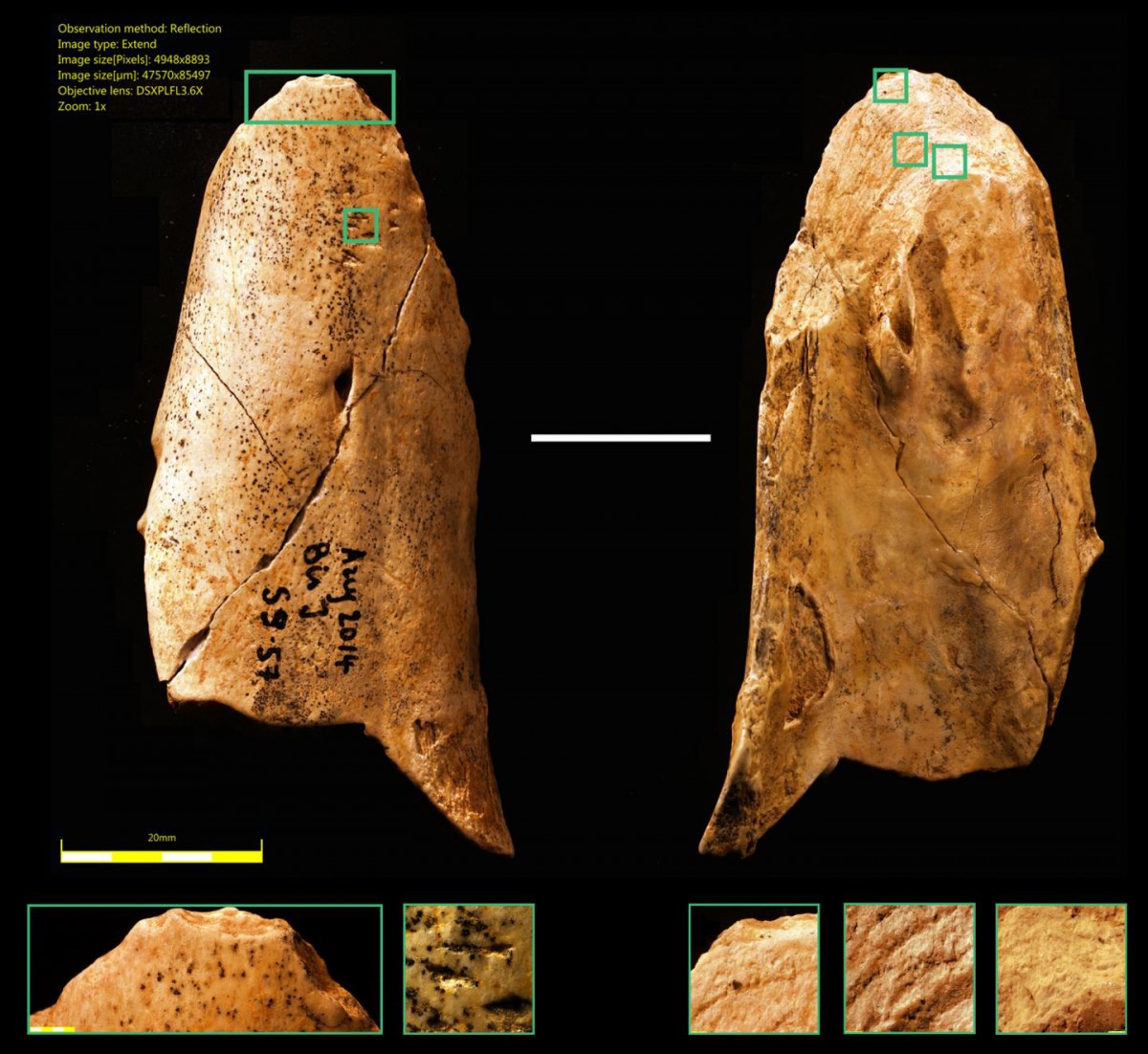 A multi-purpose bone tool dating from the Neanderthal era has been discovered by University of Montreal researchers, throwing into question our current understanding of the evolution of human behaviour. It was found at an archaeological site in France.

“This is the first time a multi-purpose bone tool from this period has been discovered. It proves that Neanderthals were able to understand the mechanical properties of bone and knew how to use it to make tools, abilities usually attributed to our species, Homo sapiens,” said Luc Doyon of the university’s Department of Anthropology, who participated in the digs. Neanderthals lived in Europe and western Asia in the Middle Paleolithic between around 250,000 to 28,000 years ago. Homo sapiens is the scientific term for modern man.

The production of bone tools by Neanderthals is open to debate. For much of the twentieth century, prehistoric experts were reluctant to recognize the ability of this species to incorporate materials like bone into their technological know-how and likewise their ability to master the techniques needed to work bone. However, over the past two decades, many clues indicate the use of hard materials from animals by Neanderthals. “Our discovery is an additional indicator of bone work by Neanderthals and helps put into question the linear view of the evolution of human behaviour,” Doyon said.

The tool in question was uncovered in June 2014 during the annual digs at the Grotte du Bison at Arcy-sur-Cure in Burgundy, France. Extremely well preserved, the tool comes from the left femur of an adult reindeer and its age is estimated between 55,000 and 60,000 years ago. Marks observed on it allow us to trace its history. Obtaining bones for the manufacture of tools was not the primary motivation for Neanderthals hunting – above all, they hunted to obtain the rich energy provided by meat and marrow. Evidence of meat butchering and bone fracturing to extract marrow are evident on the tool. Percussion marks suggest the use of the bone fragment for carved sharpening the cutting edges of stone tools. Finally, chipping and a significant polish show the use of the bone as a scraper.

“The presence of this tool at a context where stone tools are abundant suggests an opportunistic choice of the bone fragment and its intentional modification into a tool by Neanderthals,” Doyon said. “It was long thought that before Homo sapiens, other species did not have the cognitive ability to produce this type of artefact. This discovery reduces the presumed gap between the two species and prevents us from saying that one was technically superior to the other.”