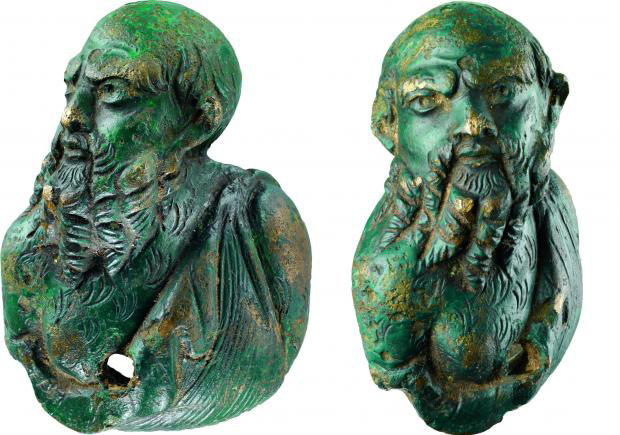 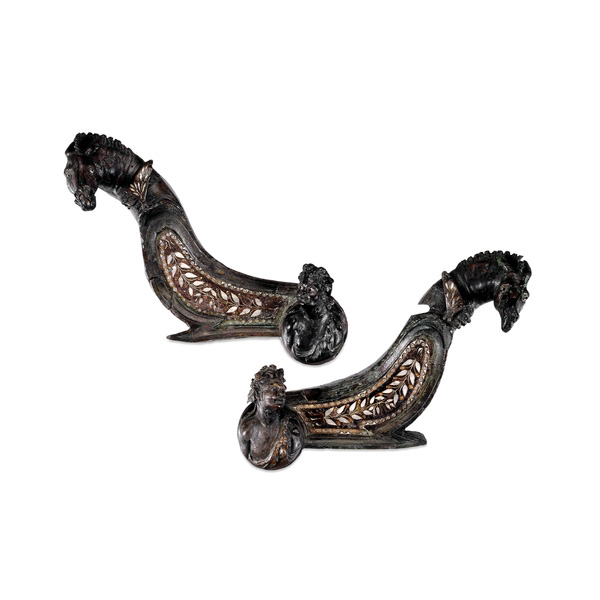 Found by a metal detectorist

A Roman bronze figure representing the Greek figure Silenus was found on the Danish island of Falster. The find dates to the time of Rome’s first emperor, Augustus, and suggests that there was close contact between the Roman empire and Scandinavia, before and after the emperor’s reign.

The artefact was found by a metal detectorist. The finder handed it over to the National Museum of Denmark, where experts confirmed that the figure represented the companion and tutor of the wine god Dionysus, Silenus.

In Greek mythology Silenus appears together with satyrs and other creatures in the wine god’s entourage. Silenus resembles a satyr, although he is older. In Roman art Silenus is also seen accompanied by satyrs, but is a companion of Bacchus, the Romans’ equivalent of Dionysus. He is usually represented in a drunken state and either has to be carried by others or hangs over the back of a mule.

The small Silenus was originally attached to the headrest of a lectus tricliniaris (couch for banqueting while reclining), as Sileni were standard motifs on these couches. The Selinus bust would typically sit, rather like a medal, on the lower end of the s-shaped fulcrum that formed the side of a headrest. The upper end of the fulcrum was shaped like the head of a mule facing outwards, the mule that carried the drunken Silenus.

The lectus was inspired by Greek couches from the eastern Mediterranean, and became the most popular type of couch for dining and sleeping in the Roman world in the first two centuries AD. An arrangement of three such couches would often be found in the triclinium (dining room) of wealthier Romans. Juvenal, a Roman writer of the early second century AD, describes ornately decorated couches with headdress decorated with mule’s head terminals.

Various finds in Denmark suggest there were close relations with the Roman Empire around the time of the birth of Christ. The Silenus figure is one of many Roman furniture ornaments and those from tools and other equipment, which have come to light either as grave goods or as loose objects.

The uncertainty as to whether they came to Denmark as loose objects or actually adorned furniture makes is difficult to determine why they were brought. However Danish experts believe that artefacts such as the Silenus were brought to Denmark as curiosities, gifts, war trophies or traded goods.