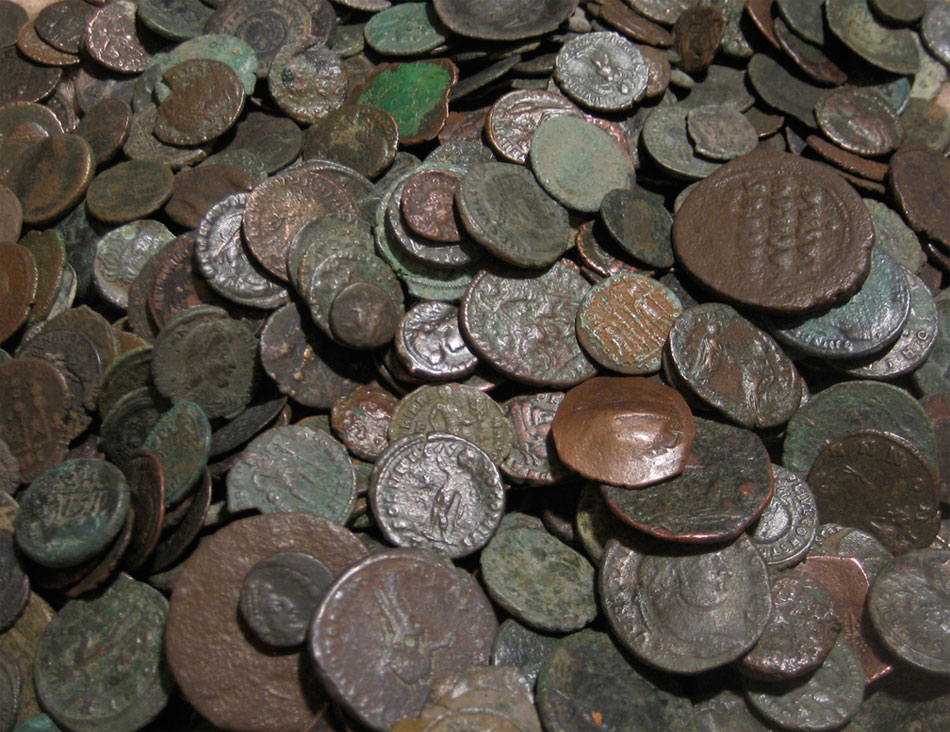 Its dating will soon be announced

An ancient tomb hiding coins and pieces of gold was found on a municipal property, at a distance of 3km from Nea Zichni of Serres. The tomb was discovered during digging works of the municipal authorities for the construction of an open air theatre. The works stopped when the tomb was found. The police and archaeologists of the Ephorate of Antiquities of Serres were immediately asked to come to the spot.

“There are many tombs in the area” the mayor of Nea Zichni, Andreas Dairetzis said and mentioned that graves were discovered in the past during construction works of the road Nea Zichni-Messorachi.

An archaeologist of the Serres Ephorate of Antiquities received the grave goods. Soon their dating will be announced. According to the mayor of Nea Zichni the tomb seems to have been looted.