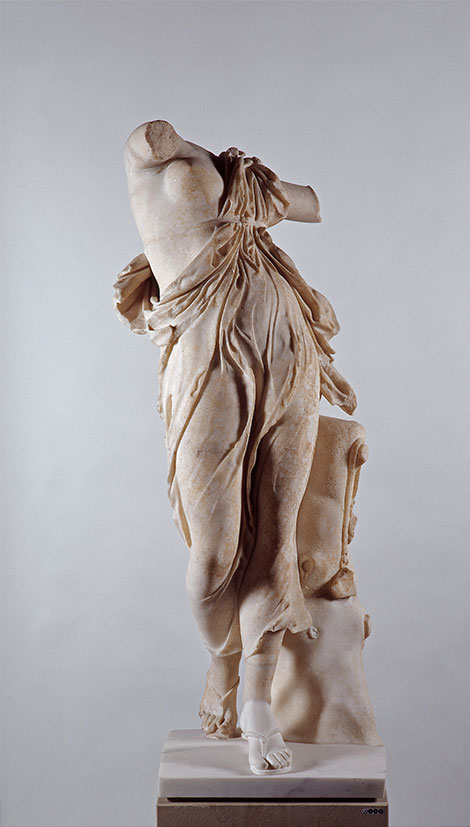 Olympus: The Greco-Roman Collections of Berlin

Olympus: The Greco-Roman Collections of Berlin opening on April 26, 2015 is the first major exhibition of classical antiquities in Winnipeg in over half a century. The Winnipeg Art Gallery is one of only two venues in North America to present this monumental exhibition of ancient Greek and Roman art dating from the 5th century BC to the 2nd century AD, through a partnership with the Staatliche Museen zu Berlin (Berlin State Museums).

Olympus features over 160 works, including marble statues and reliefs, bronze statuettes, terracotta vases, and jewelry from the Berlin State Museum’s classical antiquities collection, drawn from the Altes Museum and the Pergamonmuseum. Originating in the 17th century with the Electors of Brandenburg, the collection was built over three centuries from archaeological excavations in Italy, Greece, and Asia Minor from such sites as Olympia in 1845, Vulci in 1852, and Pergamon in 1878. Rarely seen outside of Europe, the collection survived the Napoleonic Wars, two World Wars, and the fall of the Berlin Wall.

This is a unique opportunity to see an astonishing number of representations of Greek and Roman gods and other classical personalities in artworks of exceedingly high quality, known for their historic, cultural, and aesthetic merit. Olympus explores the fascinating world of mythology and religion, reflecting the universal preoccupation with creation, the nature of god and humankind, the afterlife, and other spiritual concepts. From the times of Homer and Hesiod, intriguing myths and legends have remained constant because of their beauty and power. A longstanding source of inspiration for the world, these stories have been renewed and interpreted with infinite variations, expressed in exciting and challenging new ways through literature, visual art, music, dance, and film.