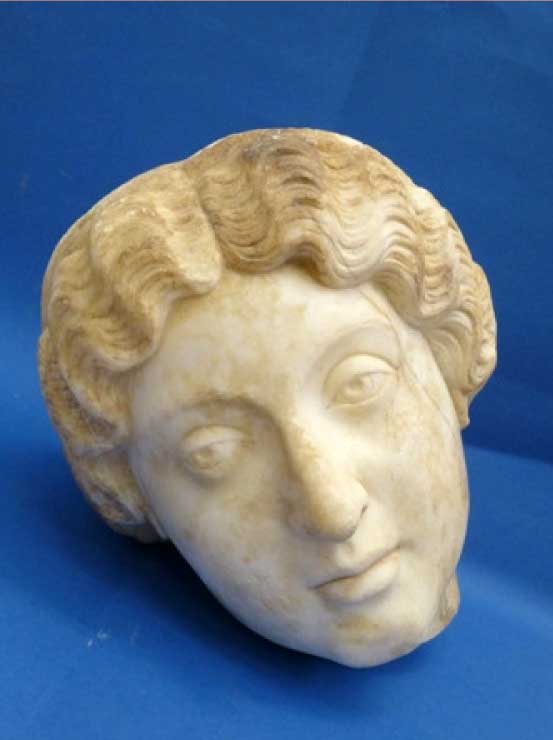 Empress Faustina presented to the public

At the Archaeological Museum of Patras

A marble statue head representing the Roman Empress Faustina is leaving the storage area of the Archaeological Museum of Patras for the first time to be exhibited and shown to the public as the museum’s “Exhibit of the Month”.

The sculpture, dated to the to the 2nd c. AD, i.e. the Roman Imperial Period, was found at the Patras Castle during mounting and restoration works conducted by the Ephorate of Antiquities of Patras.

The exhibit, presented to the public by archaeologists-curators of the museum, is accompanied by information material and the screening of a short documentary. It will stay on show until March 1st, 2015.