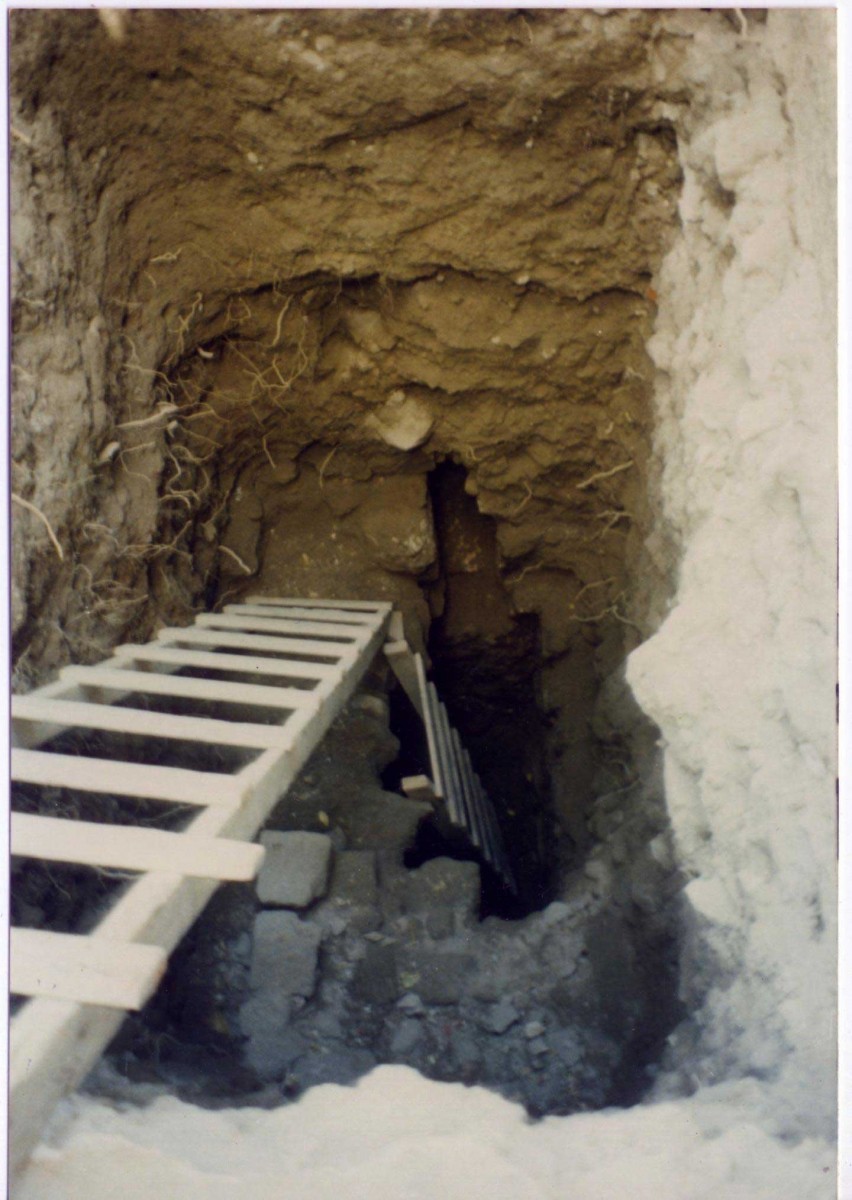 In the Christian quarter of the old city of Jerusalem

A new analysis of a medieval cesspit in the Christian quarter of the old city of Jerusalem has revealed the presence of a number of ancient parasite eggs, providing a window into the nature and spread of infectious diseases in the Middle East during the 15th century.

Researchers found evidence of six species of intestinal parasites in the over 500-year-old latrine. These included large quantities of roundworm and whipworm, both spread by faecal contamination of food and thought to be endemic to the region dating back to human evolution out of Africa.

Two of the parasites detected, Entamoeba dysentery and fish tapeworm, were common in northern Europe in the medieval period, but either very rare or almost completely absent among the populations of the medieval Middle East.

The fish tapeworm was prevalent in northern Europe due to the popularity of fish as a food and the nature of its preparation: often eaten raw, smoked or pickled – which doesn’t kill the parasite. According to Arabic texts of the time, in inland Syrian cities such as Jerusalem fish was not commonly eaten, and when consumed was always cooked thoroughly in accordance with local culinary traditions. This cooking kills the parasite and prevents its spread.

The team also found pieces of Italian pottery in the same cesspit, reinforcing the hypothesis of strong trading or religious links between Europe and Jerusalem during the late 1400s.

Researchers say the presence of these parasites in the latrine suggests it was either a town house whose owners were Jerusalem merchants that travelled to Europe on business, contracting parasites while there, or it was perhaps a hostel that accommodated European travellers such as merchants or pilgrims.

“While we can only suggest reasons as to why people made these journeys between northern Europe and Jerusalem’s Christian quarter, it does seem they brought with them unsuspecting hitch-hikers in their intestines,” said Dr Piers Mitchell from Cambridge University’s Division of Biological Anthropology, who conducted the study, recently published in the International Journal of Paleopathology.

“The presence of the fish tapeworm – which can reach ten metres long in humans, and coils around inside the intestine – combined with the fragments of pottery made in Italy, most likely indicates that travellers from northern Europe used this latrine during a visit to Jerusalem,” Mitchell said.

The team used a combination of microscopy and biomolecular analysis (ELISA) – to uncover parasite eggs – on 12 ‘coprolites’: fossilised faeces, and some cesspit sediment. The cesspit itself, located a short distance north of the Church of the Holy Sepulchre, was much more than a mere hole in the ground – with a vaulted roof, stone-built walls, and two ‘entry chutes’ for defecation on opposing sides.

All 12 coprolites were found to be riddled with both roundworm and whipworm, along with the sediment. These species are thought to have become progressively more common in the region following agriculture, and may have been spread by faecal contamination of food as a consequence of the use of human faeces as a crop fertiliser (as well as poor sanitation).

One coprolite tested positive for eggs of the fish tapeworm, which was the most unexpected discovery from the analysis. The researchers also found quantities of Taenia parasite eggs, indicating pork or beef tapeworm. Despite the dominance of Islam in the society during the Mamluk Period (1250-1516 AD), pigs would have still been consumed in the Christian quarter.

Mitchell says the health impacts of these parasites would have varied. “A light load of whipworm or roundworm would be likely to go unnoticed. A heavy load of these parasites in children, however, can lead to malnutrition, reduced intelligence and stunted growth. Dysentery may cause diarrhoea and abdominal cramps for a week or two and then settle, or it may cause death from dehydration and septicaemia.”

“This research highlights how we can use preserved parasite eggs in ancient toilets to spot past migrations and the spread of ancient diseases. Jerusalem’s importance to Christians in medieval Europe made it a key destination for both pilgrimage and trade. We can see these travellers took unexpected guests along with them.”