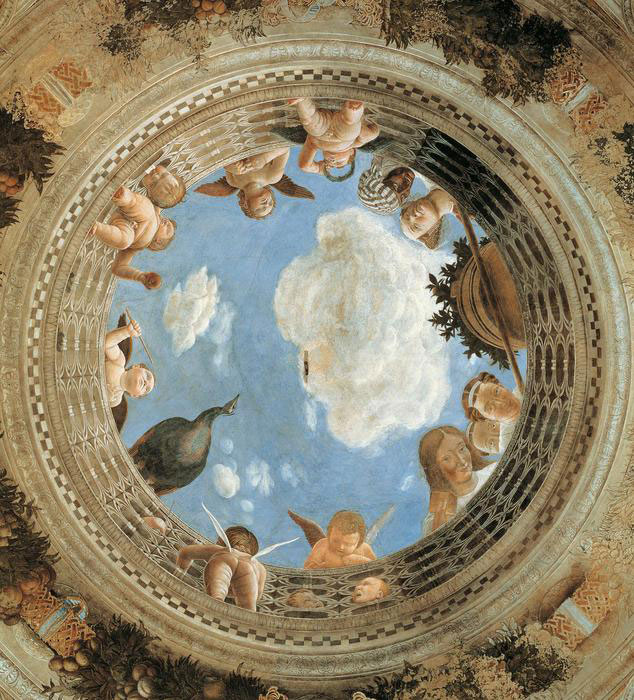 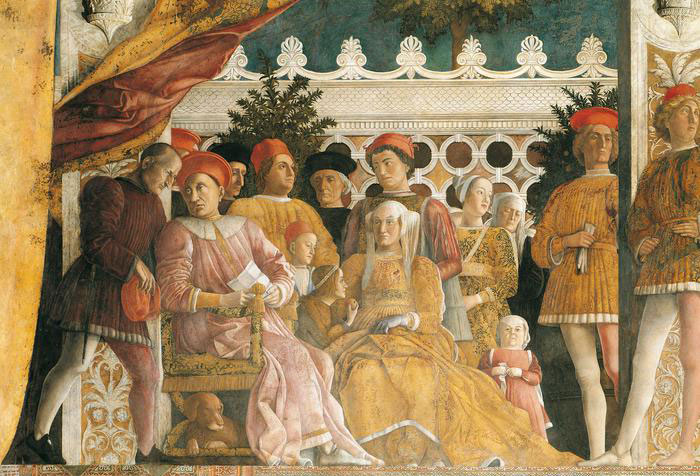 Three years after it was damaged by an earthquake, the Camera degli Sposi (Bridal Chamber), a Renaissance art decorated room has reopened at Mantua’s Palazzo Ducale. The restoration works also included the addition of a collection of paintings donated by a local businessmance, as Dario Franceschini, Culture Minister of Italy announced.

After a series of earthquakes and aftershocks in May and June 2012, the Palazzo Ducale, built in 14th-17th century by the Gonzaga family, was closed for restoration. The Palazzo includes about 500 rooms and the cost of the project reached the amount of about 750,000.

The Camera degli Sposi, was frescoed by Andrea Mantegna between 1465 and 1474  and is considered a significant work of art due to its use of ‘trompe l’oeil’ details and its looking-up ceiling.The frescoes depict signi ficant meetings and scenes from the court of Ludovico Gonzaga.

According to Giovanna Paolozzi Strozzi, the palace’s superintendent , the bridal chamber will be part of a new museum itinerary including the St George castle. Visitors will have the opportunity to see the frescoes which represent significant members of the Royal family and the court fo the time, as well as the collection Mantuan businessman Romano Freddi, who, Strozzi said, has given the Ducal palace 85 works including a portrait of Francis IV Gonzaga by Rubens.