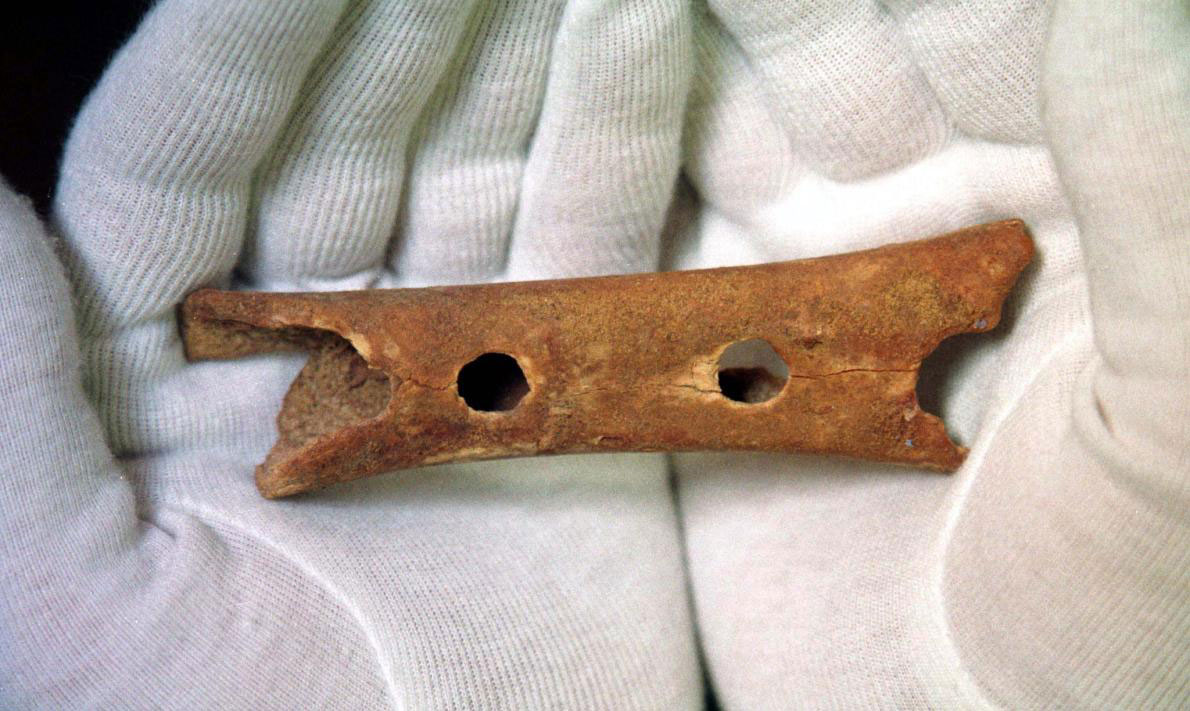 Neanderthal bone flutes were the work of scavenging hyenas

According to new study

These are not instruments, nor human made, but products of the most important cave bear scavengers of Europe, hyenas.

The latest analysis was conducted by Dr Cajus Diedrich from the Paleo-Logic Independent Institute of Geosciences. The results were published in the Royal Society of Open Science. Late Middle to Late Pleistocene (Mousterian to Gravettian) Ice Age spotted hyenas of Europe occupied mainly cave entrances as dens (communal/cub raising den types), but went deeper for scavenging into cave bear dens, or used in a few cases branches/diagonal shafts (i.e. prey storage den type). In most of those dens, about 20% of adult to 80% of bear cub remains have large carnivore damage.

Hyenas left bones in repeating similar tooth mark and crush damage stages, demonstrating a butchering/bone cracking strategy. The femora of subadult cave bears are intermediate in damage patterns, compared to the adult ones, which were fully crushed to pieces. Hyenas produced round-oval puncture marks in cub femora only by the bone-crushing premolar teeth of both upper and lower jaw.

The punctures/tooth impact marks are often present on both sides of the shaft of cave bear cub femora and are simply a result of non-breakage of the slightly calcified shaft compacta. All stages of femur puncturing to crushing are demonstrated herein, especially on a large cave bear population from a German cave bear den.